[Note: The first two of these three short essays were originally written for the Unwinnable Quaranzine, but we were cut for space. We decided to run them, along with a third new short essay (because three is better than two) this month. – Editor]

When Animal Crossing: New Horizons launched I saw a ton of praise, but also a lot of complaints that only one island is allowed per Switch console. And, I mean, I get it. Families with several kids; siblings who can’t get along; other scenarios I can’t think of at the moment; all valid reasons to get grumpy about not being able to have an overgrown dirt pile in the middle of the ocean to call your own. But for some of us, which does include me, sharing one island is actually really cool.

I definitely have my gripes about the way the game handles couch co-op on a single console (i.e. extremely limited interaction options for whoever isn’t “the leader”) but simply having one island that I share with my wife has been a blast. We collaborate on all the infrastructure and outside decor. We both have a say in who we do or don’t want to invite to live with us. We share fossil finds. We share DIY recipes or make stuff for each other if we can’t find a duplicate recipe card. It’s a fun way for us to play together, in a virtual space that we can both change. Together. And we have separate houses we can do whatever the heck we want to with, so we still get to do our own thing.

Again, I do understand that there are valid reasons to dislike being “forced” to share one island if you only (heh, “only”) have one Switch, but it’s worth remembering that there are also valid reasons to like that limitation. Obviously having the option to choose to share one island or have separate ones would be preferable because it would accommodate everyone, but right now this is what we got. So maybe give it another try? Maybe think of it as yet another game limitation that adheres to the series’ extremely intense “you will be chill and fucking like it” vibe?

The Final Fantasy VII Remake Made Me Like RPG Arenas 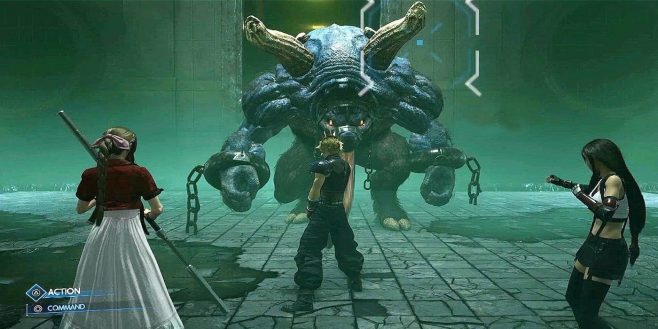 Okay, so, I’m probably not alone in thinking that battle arenas in RPGs are more annoying than fun, right? When the game you’re playing is turn-based it really starts to become a slog after a while, at least until you get to a special tough enemy or a boss or something. I mean I know there are definitely people out there who do like that kind of stuff but I get tired of it real fast. Which is why the Final Fantasy VII Remake caught me so off guard.

It definitely helps to like the combat system, which I do. A lot. But also having more action-based gameplay is a huge factor. Now I see every arena fight as a fun sort of mini-game on my way to unlocking some special gear or filling out my bestiary or something. Plus it makes for good practice because there’s a surprising amount of nuance to the tougher battles that are generally possible to brute force your way through, but figuring out how to make everything click together and turn your team into a finely tuned engine of destruction feels fantastic. Which isn’t a feeling I ever really got from turn-based arena slogs in the past.

There are plenty of criticisms that could be leveled at this remake, including aspects of the combat I love so much, but I can’t help appreciating how it’s turned one of my least favorite common RPG things into something I actually look forward to taking part in.

Wow They Made Some Bad Decisions With Animal Crossing

I’m assuming a large percentage of the folks reading this have played or have been playing the latest Animal Crossing, because what better time than now right? Me, too. It’s been a very pleasant and adorable escape from reality for us over the past couple of months. But holy wow are there some design decisions in this game that completely baffle (and often annoy) me.

But holy wow are there some design decisions in this game that completely baffle (and often annoy) me.

First off, why the hell do clothing items assigned to wand outfits effectively disappear from your inventory? They’re basically magic holograms at that point I shouldn’t have to buy 5 pairs of glasses if I want to be wearing the same glasses for all my saved outfits. Also, why can’t we use items that are in storage when we craft at home? It’s all right there!

How come sometimes a fish will immediately turn 180 degrees to look at my lure the second it hits the water but other times will completely ignore my lure when it lands ever so slightly to the side of the front of its face? Why are there so many god damn sea bass? Why do squids get two different jokes when you catch them but most/all of the other bugs and fish you catch only get one? Why don’t visiting players show up on the minimap?

Why can’t I walk around with a cup of tea in my hand when all the other islanders can? Why do some hats remove my beard but not others? Why are you only allowed to manually select how many turnips you buy at once and not literally any other thing you can get at the shop? Why can’t you pick more than one of the same type of clothing item at a time (i.e., 2 different pairs of pants) when using the dressing room at the clothing shop? Why do some shells stack but not others? Why is there an arbitrary limit of 99,999 bells you can hold in your wallet and any extra ends up as a bag in your inventory?

Again, I’ve been having a great time with Animal Crossing and it’s been a much-needed escape, but what the ever-loving hell were they thinking?