It would be an exaggeration to say that I “hate” Final Fantasy VII, or even that I strongly dislike it, but for the past 20+ years it’s been . . . not so much a thorn in my side so I guess more like a pebble in my shoe? I’ll get to the reasons why in a moment but basically the game annoys me. But here’s the thing: even though I’ve been a grump about Final Fantasy VII for the past two decades, I honestly want the upcoming remake to change my mind.

Look, I know there’s a lot to appreciate about the original game. It had a huge budget for the time and helped to normalize JRPGs in the AAA space. It took the Final Fantasy series into somewhat new territory by expanding on the “steampunk but with magic instead of steam” aesthetic of Final Fantasy VI. It took summons, which up to that point were basically flashier magic spells, and turned them into events (for better or for worse). To this day Midgar is my favorite location out of all the games I’ve played bearing the Final Fantasy name.

Even so, Final Fantasy VII has bugged the shit out of me for almost its entire existence. I just got so tired of people calling it “the best RPG ever made” or having “a great story” or talking about how “Cloud is so cool” or “Sephiroth is such a great villain.” All things that, for the sake of diplomacy, I’ll just say I strongly disagree with. I’ve played a bunch of RPGs before and after that I consider much better (Final Fantasy VI, Dragon Quest 8, Resonance of Fate, etc); I’ve encountered far better videogame stories (SOMA, Horizon: Zero Dawn, Final Fantasy VI, etc); I strongly dislike Cloud; and about the only thing Sephiroth has going for him is he’s pretty and his mom has a lot of clout. Also, Kefka was a much better villain because he actually did end the world rather than just try to end it. 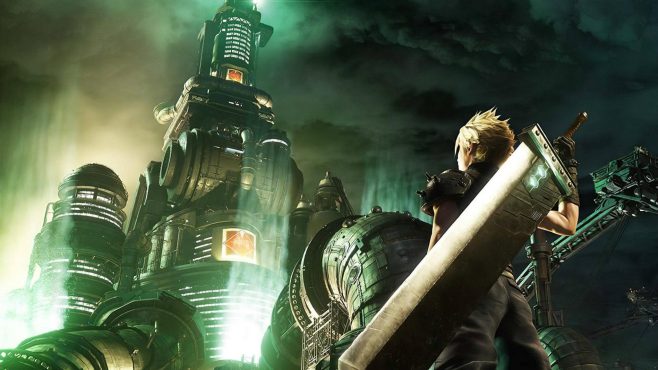 And yet here we are over 20 years later and I find myself wanting to be optimistic. A lot has changed with regards to videogames, and I don’t just mean the technology. The remake looks visually incredible, there’s no denying that, and the ability to add way more detail to character models and environments when compared to a game that came out in 1997 means that there’s a very good chance it’ll be able to convey scenes and emotions and whatnot in a much more cinematic fashion. Hell, the characters will actually have faces this time around.

Storytelling techniques have also changed and (arguably) improved over the years, which I’m hoping means more character insight and a better conveyance of emotion when things inevitably get rough. This also means that it’s possible I could end up thinking Cloud isn’t so bad – as opposed to the fairly useless nobody loser with zero agency or personality he comes off as in the original. And who knows, maybe Sephiroth will actually come across as threatening this time around?

Despite all of this griping, I do honestly hope that the remake turns me around on all this. There are aspects to Final Fantasy VII that I do really like, but I want to be able to like the whole package. I see people losing their minds over reveal trailers and hear about people shedding tears when watching the updated intro from the remake (I’ve avoided it so far because I want to save it for when I’m playing the game) and I want that to be me when I sit down to play it in April.

Code Orange and the New Reality