When I finished Star Wars Jedi: Fallen Order a strange thing happened. I lamented not being able to play more of the game. By this point I felt supremely competent. I could walk into any room and fight off any number of foes with relative ease. But more so than ease, I could fight them with grace. Gone was the awkward, stumbling version of myself and in his place was a graceful lightsaber artist.

But I left the game. I was done with it and there was little more to do. When I saw that there was a new arena mode to test myself with, I leapt at it.

Except all those skills are long gone. I am no longer anything close to approximating a graceful lightsaber artist. In the place of that person is an awkward being desperately flailing while all manner of beast and man slaughter me. The version of me that is skilled in any way at this game is dead, long dead.

To put too fine a point on it, think about Heraclitus and the river. Can one enter the same river twice? No, the waters around you are vastly different and so are you.

Fallen Order has been continuously flowing. It’s been updated several times, moving and changing as I’ve been away from it. Since then, I’ve spent time in Ancestors: The Humankind Odyssey, Yakuza 2, Dota Underlords, Mega Man 11, Doom Eternal, Animal Crossing: New Horizons and XCOM: Chimera Squad among others. And I’m certain that I’m forgetting a bunch because those are only the relatively new games that came out since Fallen Order. 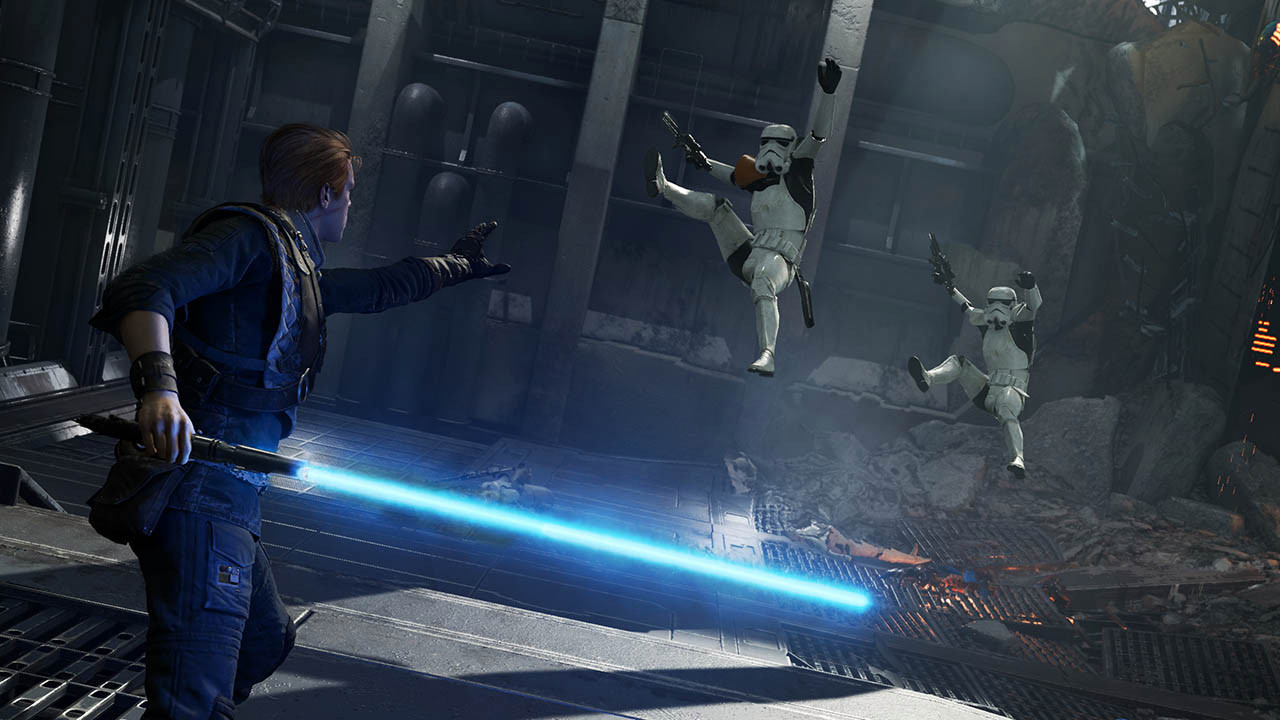 I’ve come back to other games after a long time away. Almost all of those experiences have had some level of struggle. There’s rust, deep layers of rust, that has to slowly removed in order to get to back to that state of flow that had me wading into any situation full of confidence.

Fallen Order is brilliant in the way it shows a force-user to exist on a razor’s edge of timing. In most of the games where you play a force-user before, you’re a killing machine. The Force Unleashed games turned us into a massive cudgel. The Jedi Knight games have you play an acrobatic death dealer. Fallen Order gives you the ability to be those things, but it demands that you give every input your full intention and willingness to live with those consequences. But its one thing to remember all of those things about Fallen Order and another to have your body remember them.

It makes sense that someone’s content release schedule says six months out some add on content would come out. It would get new people to try it with the additional buzz. It might bring some lapsed players back. It worked! It brought me back. But its too late for me.

This isn’t the game I played back in November. It’s much, much more than that! But I’m not the person who played it anymore. I’ve gone on to play other games. Unfortunately, that means that now it’s not possible for me to get into that same brilliant of flow that lead me to such enjoyment before.