Portal 2 is one of the funniest games I’ve ever played. In many ways, it’s one of the sharpest written and acted too. Ellen McLain, Stephen Merchant and J. K. Simmons get some of the best lines in any game and deliver them in almost unforgettable ways. But I did forget.

To be honest, it’s easy to forget precisely how great something is after 10 years. It’s been over five years since I’ve had steak bake from Greggs and I can’t even tell you what they taste like except that they’re great. Time does that.

So it was surprising to me how funny the game was when I played it earlier this week. It shouldn’t have been, it was my favorite game of 2008. The only reason that I even bothered to play it again was because my kid cousin wanted to see what it was. He’s seen ads for the Portal Lego Dimensions add ons.

This lead to a lovely morning playing Portal 2. Honestly, I’ll probably play it to completion again because it’s so great. Memories are fragile things and stepping back into Portal 2 was like being reacquainted with an old friend.

In the world of games these moments are, nowadays, spurred by rereleases or sequels. But that aegis isn’t evenly applied. It’s hard to sell something that people love if they already own it. Portal 2 still runs fine on my PC. As Valve moves away from games to larger ideas about systems and marketplace, it’s likely that we may never see a Portal 2 rerelease, not to mention “Portal 3.”

Portal 2 is different once you know the general trajectory of the story. It’s also different coming back to a game about rogue AI after playing Thomas Was Alone or even Headlander. Or consider the way Aperture and GLaDOS tests you and how you perform live experiments with Kerbals in Kerbal Space Program. 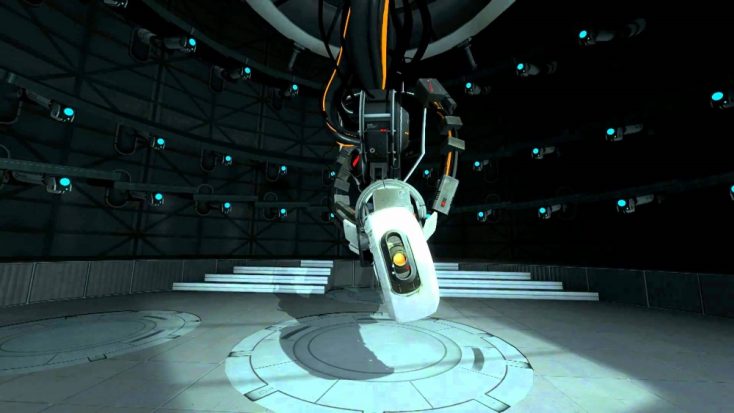 That’s not to say that any or all of these games are even particularly similar. Instead, like books, every game you play leaves an impression. Going back and playing games once you’ve been impressed upon by other games is crucial to developing new understandings.

We can grow in new and exciting ways by replaying. But we also must oversee it. We cannot only do it when someone asks us to or a rerelease is, well, released. It doesn’t even have to be as purposeful as grouping games thematically as I did. We just need to replay games, anyway we can.

We Need a Real Nemesis System