I’ve been writing this column for a full year now. That’s 12 months, 60 albums, and hundreds of dope verses. Frankly, I can’t believe Stu has let me ramble on this long. Maybe he’s just not reading these, but you know what, I’ll take what I can get.

So, without further adieu, here are albums 61-65 (well maybe 66, depending what you consider a double album).

If you’re not onto Princess Nokia yet, this month I cannot recommend you listen to anything more than Everything is Beautiful and Everything Sucks. I’m not sure if this is officially a double album, or just two albums released on the same day, but they compliment each other perfectly. As you might guess, Everything Sucks is slightly more depressing than Everything is Beautiful, but together they round out a full picture of Princess Nokia’s dynamic personality, meshing their underground aesthetic with more pop-oriented styles reminiscent of Chance the Rapper or Cardi B. These two albums feel like a culmination of what Princess Nokia has been working towards over the past half-decade, solidifying their spot in the mainstream of hip hop. 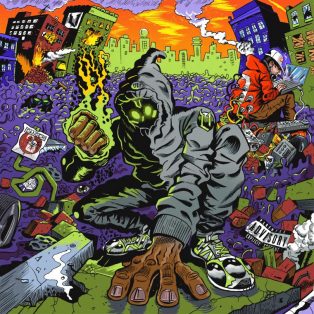 If you can say one thing about Denzel Curry, it’s that he is consistent. I’ve been impressed by nearly every release of his since he left the Raider clan back in 2013 and dropped Nostalgia 64. On his most recent release, Unlocked, Curry pairs up with Kenny Beats who backs his abstract, aggressive delivery beats to match. With Kenny’s help, Curry picks up his Florida roots in favor of a New York style, embodying DMX and Ol’ Dirty more than Rick Ross. Together, Curry and Beats create a tight 20 minutes where nothing feels wasted. Every minute is a tight package, served up seemingly for my personal palette.

I’m a sucker for a deep-voiced emcee, and I think Deniro Farrar might be the deepest voice out there. In the past, his output has been a little inconsistent, but Sole Food puts Farrar right in a lane where he excels. Aggressive, raspy flows over dope beats and a dose of consciousness bring Farrar back to his peak form. The beats on Sole Food feel close to Farrar’s Atlanta neighbors, but he lets his voice and lyrics carry the EP, giving a New York vibe, reminiscent of some of the darker rappers from the city in the late 90’s. Sole Food puts Farrar back on track with some of his earlier music, and I’m really excited to see where he moves next. 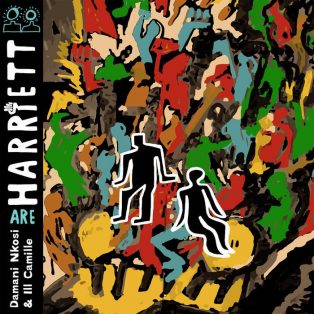 HARRIETT is a late-90s throwback. This is the heir to The Fugees, A Tribe Called Quest, Blackstar, Common and The Roots. HARRIETT is full of socially conscious lyricism over boom-bap beats that blend into R&B and flip into story-telling verses where the two emcees bounce back and forth off of each other’s flows. By the end of the album, they establish that although they are versed in the old school, they aren’t missing out on what’s happening in the contemporary scene, pulling out production styles and lyrics that are distinctly modern. Damani Nkosi is a veteran rap game and Ill Camille, while a bit younger than Nkosi, is no stranger to the Westcoast scene, and HARRIETT shows off their skill both in its style and their competence.

It’s always strange to find a musician I haven’t heard of before, and it turns out that they have songs with hundreds of millions plays on Spotify, but here we are I guess. I understand why Yung Gravy and bbno$ have such a strong stream game though: Baby Gravy 2 is made for the internet. This is ignorant trap music from Minnesota; this is hip hop from Vancouver made for college kids. The big sell for me here are the beats: trap influenced bass and high hats plus some flute are nectar in my ears. And the lyrics are … well, the lyrics are dumb, but they are entertaining, and the rhymes and flow from both emcees are solid. Plus, the album has two Spark Master Tape features, which really puts this one over the top for me.

In some ways, Baby Gravy 2 feels like the opposite of HARRIETT to me. Where Nkosi and Camille throw it back to an earlier, analog era, Gravy and bbno$ are distinctly digital and modern. Where HARRIETT is serious, socially conscious music about family, roots and personal growth, Baby Gravy 2 is funny, ignorant and full of sex and drug puns. Together, I think they really embody the contradictions in the hip hop genre in their lyrical content, sonic references and production style. I’m just happy that I can appreciate both sides of that coin.