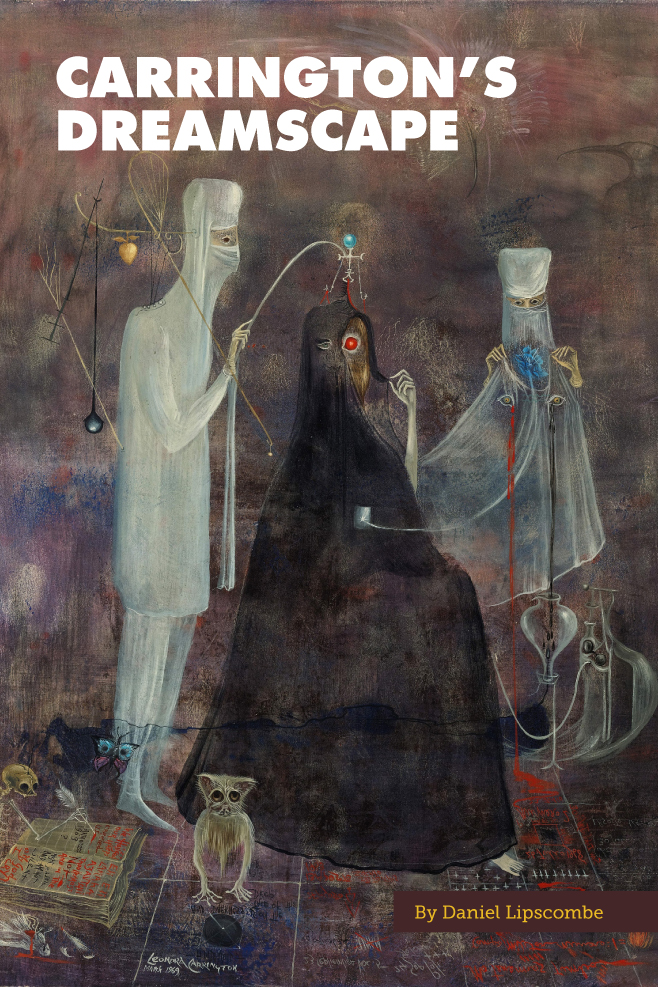 In the opening pages of the novel The Last Days of New Paris, by China Mieville, a thunderous monster barrels through the ruined city. A mishmash of everyday objects spliced with a human form; the head and torso of a beautiful woman is fused to a bicycle. She sprouts from the center of the handlebars, her arms flung backward, behind her a ghostly, winged apparition steers the monstrous contraption by those arms. The image which inspired Mieville came from artist Leonora Carrington (1917-2011) and is titled I am an Amateur of Velocipedes. Carrington’s original work was a pencil sketch drawn a year after being committed to a Spanish sanitarium by her parents.

During her care, she was kept medicated on Cardiazol – in high doses it caused convulsions and was later replaced by electro-convulsive treatment. It was in the bowels of her ‘madness’ where she pulled much of the inspiration for her work in the 1940s and it’s an area where few videogame developers dare to tread – the surreal subconscious. Carrington went on to become a very successful Surrealist, creating paintings, sculptures and various writings, always wandering into the idea of everyday objects and animals being a form of curiosity and sometimes, nightmare fuel.

Creators of games could take notes from the work of her and other artists, such as Lee Krasner, who also focused on the horror around us, found in the minutiae of life. Over the years in games, we’ve fought everything from zombies to cloned soldiers; dinosaurs to swarms of demons from hell. Each a stalwart of violence or fear. Very rarely are we treated to battles with the things that exist around us in life. Surrealist art is bursting with imagination and I wonder, if videogame development had been around in 1931, would Dali have produced a survival horror game set in the world of melting clocks called The Persistence of Memory? 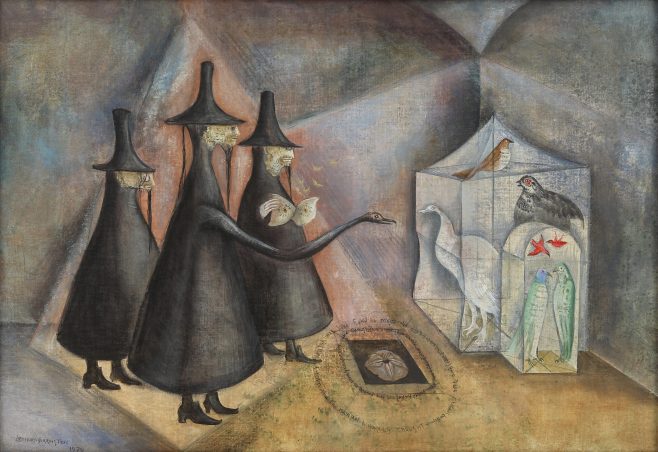 I know that I’m personally not disturbed by many games nowadays and the ones that do have an effect are the titles using both subtlety and skewing of our surroundings. Of course, videogames often follow trends, with some arriving on the scene late to the party (Days Gone, I’m looking at you). Psychological fear is now created using swarms of enemies all launching at the player in waves, gone is the deft play of wondering what’s around the corner. This tactic worked because the enemy of our minds is the mind itself. Our brains can conjure monsters from the draped coat in a darkened bedroom or the scuff of a shoe on a walk home at night. The role of the Surrealist is to create from the unconscious mind and, to quote Dictionary.com, “use the irrational juxtaposition of images.”

Developers like Remedy and Bloober, responsible for Control and Layers of Fear respectively, have handled the concept of videogame surrealism very well. Control even goes so far to use everyday objects as conduits of power, warping the boundaries of reality. Whereas Layers of Fear causes players to feel unsure about the items and environment around them. Flipping convention on its head or utilizing the familiar. So why do we not see this more often? It has worked in the past. Silent Hill 2 created Pyramid Head, instilling fear not just because we can’t see the face of our enemy, but because, as Masahiro Ito explained, “the sharp right and acute angles suggest the possibility of pain”.

Daniel Lipscombe is a writer, based in the UK. He’s been playing games for three decades now and that terrifies him. You can follow him on Twitter @Amisma_

The Horror of the Tortured Artist