Fall is the season that keeps on giving! I’ll spare you all from a discussion of Jesus is King for everybody’s sake (it was mediocre at best) and instead I’m going to dive into some of the albums that actually made me happy over the last month or so. We’ve got some industrial sounds, some discussions of mental illness and some throwback R&B. I’ll be back next month with a year-long round up of some of the stuff I missed over the course of 2019. Stay tuned! 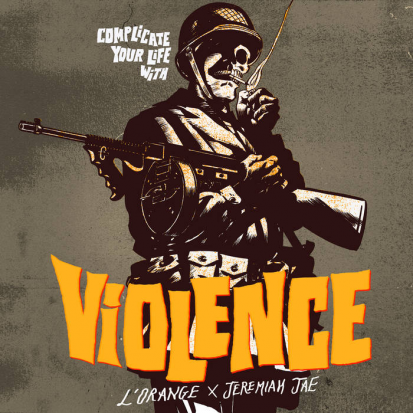 L’Orange and Jeremiah Jae – Complicate Your Life with Violence
I couldn’t do it. I couldn’t even get through a whole year of this column without repeating an artist, but when it’s L’Orange, I just couldn’t help myself. Do yourself a favor, and pick up your headphones and peep Complicate Your Life with Violence from ace-producer L’Orange (featured on my first column as part of Marlowe) and Jeremiah Jae. L’Orange’s trademark sample-based production with clear, focused beats underneath Jae’s tight rhymes creates a sinister, noirish feel to an album about war and the heroes and villains who arise in conflict. Now I’ll try not to write up a L’Orange album for a while, but if the quality keeps from from his end, I might not be able to stop myself. 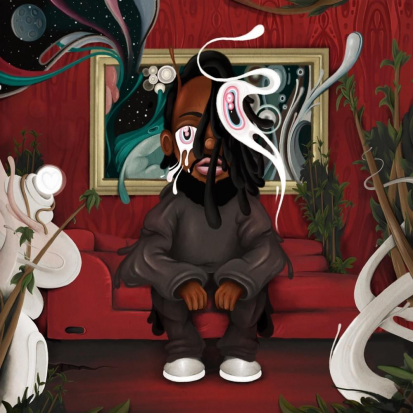 Kembe X – I Was Depressed Until I Made This
One of the most impressive developments in hip hop over the last decade (and there are a lot of impressive developments) is the increased attention to mental illness across subgenres. On I Was Depressed Until I Made This, Kembe X embodies the unique ability of hip hop to address the depression and anxiety that often stem from systemic forms of oppression that habituate the American Dream. Over the heavy bass of Chicago trap beats, Kembe unloads the stresses of his life through intricate bars that are both socially conscious and personally revealing. His combination of deep, party beats with self-aware raps is emblematic of hip hop’s ability to sound like a party while, in actuality, representing deeply painful and human experiences. 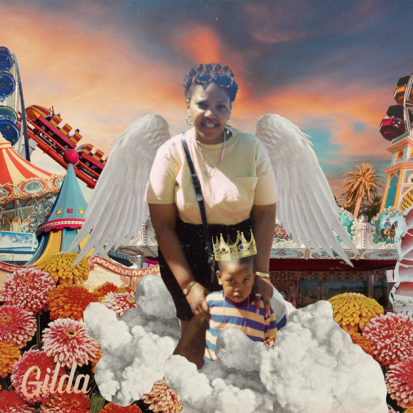 Kemba – Gilda
Gilda is an earnest album. This is not a term I often use to describe hip hop albums, but Kemba’s newest project is dedicated to his mother who passed in 2017 and the lyrical content represents a serious consideration of life, death and the Black experience in the US. That’s not to say that this album is drab. Kemba is a gifted wordsmith who tangles consonants and vowels together in complex rhyme schemes and he chooses an impressive variety of beats that draw from an eclectic set of influences. Despite sometimes feeling like a depressing album, Gilda ends on a positive note and Kemba assures us that he’s in control of the next stage of his life. I, for one, am excited to see where it takes his music. 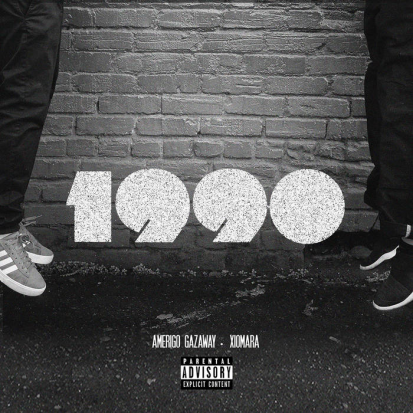 Amerigo Gazaway x Xiomara – 1990
1990 is a full-throated homage to 90s R&B, taking both style cues from the classic R&B sounds that defined the decade. While Gazaway is better known for his remix skills, he steps into the role of original producer here with a flair for the G-funk sounds that dominated hip hop 25 years ago. Xiomara slides smoothly into the role of a 90s emcee, adopting the style and affect of the era with ease. This album is a cohesive throwback, offering up a fantastic take on a decade that becomes more influential with every passing year. 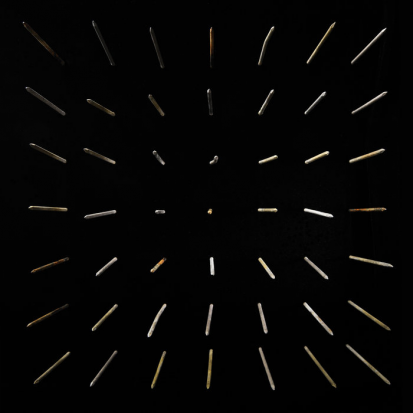 clipping. – There Existed an Addiction to Blood
Daveed Diggs is a busy, busy man, but I’m very glad that after his professional success on Broadway, television, and film, he is still interested in clipping. There Existed an Addiction to Blood continues the trio’s (Diggs and producers Jonathan Snipes and William Hutson) industrial attack on the traditional hip hop landscape, focusing on heavy synths and drums and drawing influence from slasher films from the 70s and 80s. Points in this album feel like that episode of Twin Peaks: The Return where David Lynch takes us into the middle of an atom bomb for an entire episode; the production turns to static and you are left with just noise in your ears. However, sometimes the noise drops out to spotlight Diggs’s verbal dexterity on the mic, or Diggs drops out and spotlights the brutal, aggressive production of his production partners. If this is your first exposure to clipping after being a fan from Hamilton or Black-ish, it may be a bit off-putting (it does end with an 18-minute track that is just the sound of a piano burning), but you should still tune in, because it’s clipping … bitch.