Carole & Tuesday is an anime I started watching solely because so many people lauded the representation this show supposedly provided. Everyone was so very excited that Carole & Tuesday would not only include people from across the LGBT+ spectrum, but also black characters developed beyond the standard anime blaxploitation caricatures. The hype was enough to push this show to the front of my anime queue and binge the first 12 episodes on Netflix (the second half of the show won’t release until fall). And as those episodes went on, I went from disappointed to horrified in seeing how Carole & Tuesday devolved from a few forgivable missteps to toxic misrepresentation for the sake of drama or a punchline.

Overwhelmingly, the show’s LGBT+ characters are showcased as unstable and dangerous aggressors to the people around them. Dahlia was easily the worst offender, both for their portrayal and the show’s clumsy handling of gender identity. Dahlia first appears as a middle-aged woman, being a former child star who’s trying to keep her daughter Angela from suffering a similar fate of irrelevance. So far so good, that’s an understandable and even somewhat relatable character trait. But just a few episodes later it’s revealed (in a moment of blackmail) that Dahlia is actually a hermaphrodite (that’s the term Netflix uses, androgynous Martian is another translation) who’s guilty of a multiple assault charges.

There are a myriad of problems with this scene. Carole & Tuesday gives us their first non-cisgender character and in the same breath presents them as a violent brute. We find out in a later conversation between Dahlia and Angela that medicine Dahlia once took made her unstable, which in turn prompted the physical abuse Angela endured in childhood. On one level, this is almost definitely implying HRT pills should also be seen as a root cause of violence in Dahlia’s character. But worse than that, it’s perpetuating the myth that LGBT+ persons will lash out at others a la Buffalo Bill in Silence of the Lambs, when they’re far more likely to commit self-harm or suicide. Dehumanizing Dahlia into a “the pills made me do it” abusive parent and POC is an irresponsible and nearly-malicious take on their character. 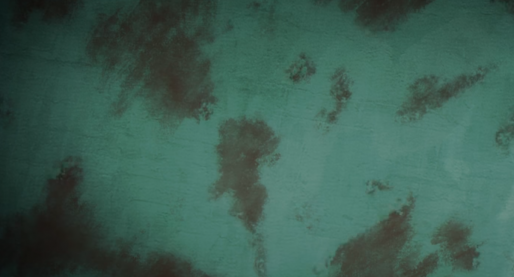 On top of all this, later flashbacks by Angela imply Dahlia exclusively presented as male throughout Angela’s childhood, suggesting Carole & Tuesday has conflated hermaphrodite and transgender with absolutely no attempt to make a distinction between the two, if the writers are even aware such a thing exists. Wikipedia says Dahlia being a hermaphrodite is due to problems Mars’ atmosphere caused to Dahlia’s body, which is malarky even by the standards of anime logic. Everything about Dahlia is abysmal. Dahlia’s facial features and unattractive and overexaggerated, reminding me of Yubaba from Spirited Away. They’re a major recurring character, and Carole & Tuesday still chooses to present them as an unstable, gender-confused child beater. We’re not meant to look at Dahlia and see a sympathetic character; even Angela suspects Dahlia might have carried out an acid attack on Tuesday during a singing competition. It’s an unfortunately plausible assumption to make, given that the show goes so far out of its way to establish Dahlia as a desperate and violent person.

Dahlia didn’t actually carry out the acid attack though; that was perpetuated by the show’s nonbinary lesbian(?). I’m including a question there because Cybelle’s identity is somewhat complicated. In the English dub, Cybelle has a female voice actress and everyone refers to her as feminine, but a little digging into the Japanese versions reveals Cybelle presents themselves with gender neutral pronouns while everyone else refers to them with feminine pronouns. At this point, I wouldn’t put it past the show to blatantly misgender one of their own characters.

Cybelle is obsessed with Tuesday, and over the course of the show escalates from Instagram stalking to demanding Tuesday form a band with her to physically biting Tuesday’s shoulder to leave a mark on her. All of this culminates in an acid attack on Tuesday that leaves her hand burned and unable to play for a show they’re competing on that evening.

So many things are wrong with this subplot. Once again, Carole & Tuesday has introduced an LGBT+ character for the explicit purpose of creating drama in the lives of one of our main girls. Stalkers are a true and dangerous issue with stars in Japan (Mayu Tomita was stabbed 27 times by a stalker just three years ago), but overwhelmingly those stalker attacks are perpetuated by straight men angry that their romantic interests have been rejected by female stars. To take that very real issue and rebrand the attacker as the non-binary, femme-presenting Cybelle shows both a willingness to demonize a minority group while also ignoring the actual threats real stars face from some of their more-unhinged fans.

Dahlia and Cybelle are the show’s biggest sins, but even the smaller moments of attempted diversity fall horrendously flat. There’s the singing group clearly meant to lampoon drag queens swearing in harmony on live TV, who immediately turn to violence after they’re disqualified from the singing competition (because Carole & Tuesday really wants you to know that people who aren’t cis-het always stand a hair’s breadth away from violence). There are only two established black artists who appear in the first half of the show, one of whom (Skip) performs dressed in what is clearly a prison jumpsuit and is introduced to the girls in a dark trailer filled with weed smoke. A one-off black man wandered onto screen just long enough to show the girls how to do a “cool” fistbump before disappearing back into the aether. Carol is an orphaned refugee from Earth, and I shudder to think how badly the show is going to handle an upcoming refugee plotline once the new episodes formally release. 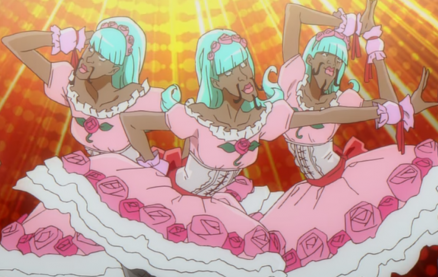 Carole & Tuesday has a few good moments to it; some of the songs are catchy, the gradual buildup of Carol and Tuesday’s friendship was largely well done, and I enjoyed Marie’s subplot about divorcing her husband over frustrations borne from not being as straight as she once believed herself to be. But none of this makes up for a show that oh-so-willingly portrays minorities as monsters or simply rehashes toxic stereotypes. It feels as though there was a desire to show that the future is diverse without the writers making any active effort to ensure that diversity was at least somewhat positive. It’s poison that drags Carol & Tuesday down from being an average show to one I would strongly caution against viewing.