We all know how the story goes: Metroidvanias began in a nascent form with Metroid and a cavalcade of other NES non-linear platformers, became codified by Super Metroid and further solidified with the release of Castlevania: Symphony of the Night. The interconnected nature of the level design, paired with the illusion of non-linear progression from new abilities became the standard for nearly every exploratory platformer that came out since. But there was another possibility, found in an apparent evolutionary dead end. We can trace the evolution of exploratory platforming from an entirely different angle by examining the very foundation on which platformers rest: their level design – and in the process, discover a different take on these types of games that subverts our understanding of what a platformer is in a very different way.

Basic levels in platformers are some of the most understandable constructs in gaming. You start at the leftmost point, and need to make your way to the rightmost, avoiding obstacles and enemies along the way. Sometimes the levels go vertically instead of horizontally, and sometimes the layout isn’t strictly in one orientation, but for the most part, you start in a spot and must get to another spot, with everything in between being defined as the level. This is where the “linear” descriptor comes into play when describing level progression: It may twist and turn, but it’s still ultimately a line.

To get foundational about this approach, look at the way Super Mario Bros. structures its levels. They’re extremely linear, with all the level design mindshare going into the challenge of traversing the level as you make your way to the goal. But even in this hyper-linear design there exists potential to break out of the cycle to some degree. Taking a hidden, out of the way path can sometimes lead you to a warp zone, which will let you skip ahead in the level order. This reveals that there’s two tiers that level design exists on: Bottom up, which is the actual levels themselves, and top down, which is how all the levels are sequenced and structured together. Super Mario Bros. is linear in both the bottom up and top down, but the bottom up will very rarely branch and let you shorten the top down line via warp zones. 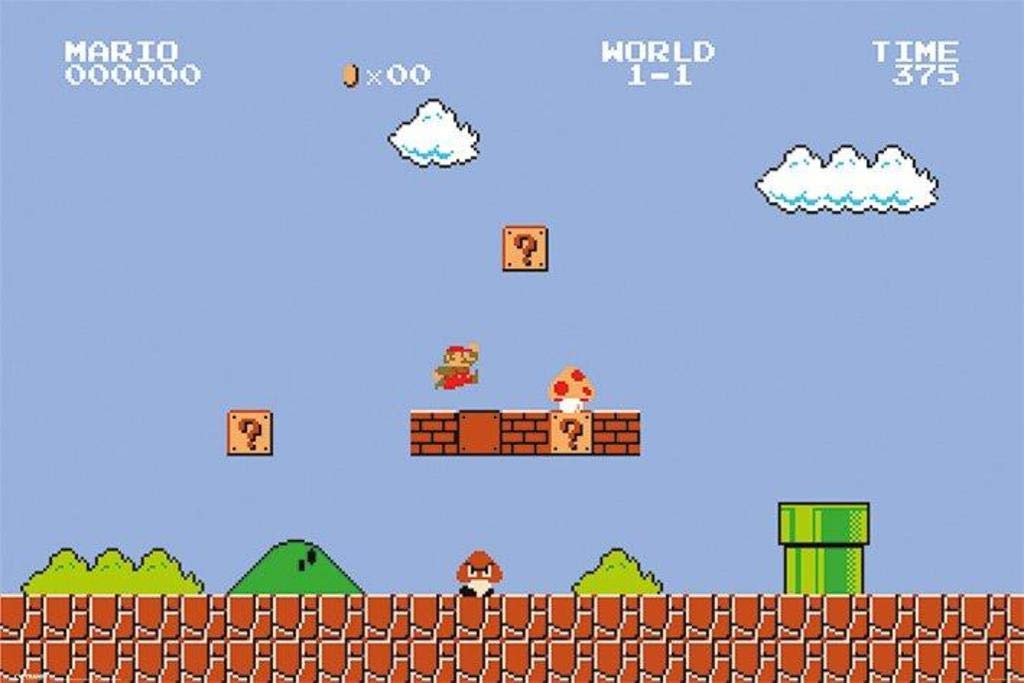 Top down is an apt descriptor because Super Mario Bros. 3 literally structures levels on a map you view from above. You select levels by moving along paths and selecting squares with numbers like how a simple board game like Candy Land treats movement. Occasionally you’ll get the opportunity to choose between two paths through separate levels, effectively allowing you to skip some stages. But ultimately, you’ll still end up in the same place. Super Mario Bros. 3 lets you pick your path, but said path is still linear.

More interesting is Vic Tokai’s Clash at Demonhead, an NES game that’s made up of different discreet levels that are all connected to each other. You’re still progressing through them from start to finish for the most part, but the top down structure is something akin to a highway system – appropriate given how the different levels are named Routes. Your goal is to defeat the different governors in the world, and your traversal depends on exploring the roads and often backtracking to get to where you’re going. The bottom up is still the same linear structure, but the top down design bolts them together in new, unexpected ways. 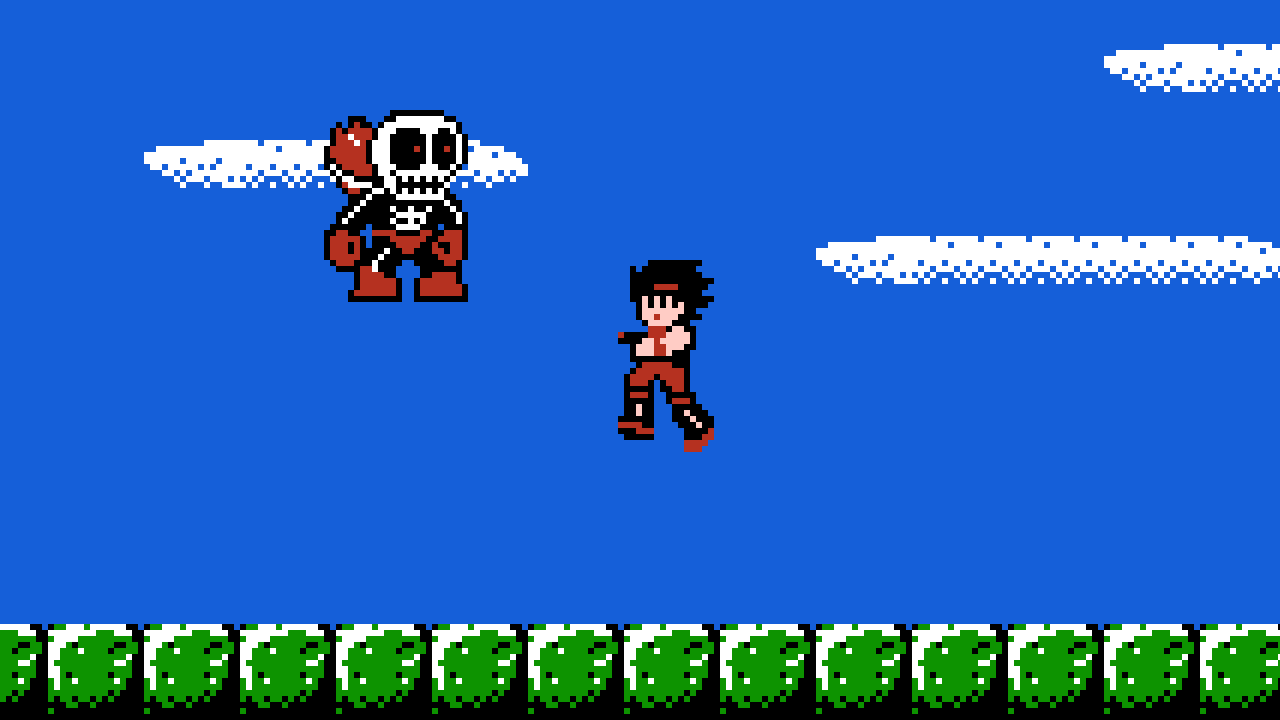 The commonality is in their maps, where the top down design mixes up how levels are accessed. Even Mario evolved their maps into something more nonlinear with Super Mario World, which inserts branching paths into both tiers of level design. For the bottom up, some levels will have multiple exits, which will in turn will lead to different paths through the world in the top down maps, broadening the possible design space in the game and letting you choose your path to the end. The evolution of warp zones, Super Mario World ultimately encourages you to explore more thoroughly than you normally would in a Mario game while retaining the level-based structure that platformers are commonly known for.

The ultimate apotheosis of subverting traditional level design in service of exploration, though, is Capcom’s Demon’s Crest, an entirely different take on the explore-em-up, retaining platforming’s reliance on discrete levels while subverting them via branching paths. The game starts by giving you a level to play through like you traditionally would in any platformer in a linear fashion. Then the game opens up its map for you, which gives you access to more levels that you can tackle in any order. Completing some of them will grant you an ability that will allow you to open new paths through the levels you’ve already beaten, giving way to entirely new levels. Concept of discrete levels is preserved, but also subverted by having you go back to ones you’ve already beaten and using your new abilities to unlock new paths. The results are refreshing, making Demon’s Crest an underrated classic, buried along with its decidedly different design philosophy that could have defined exploratory platformers for years to come. 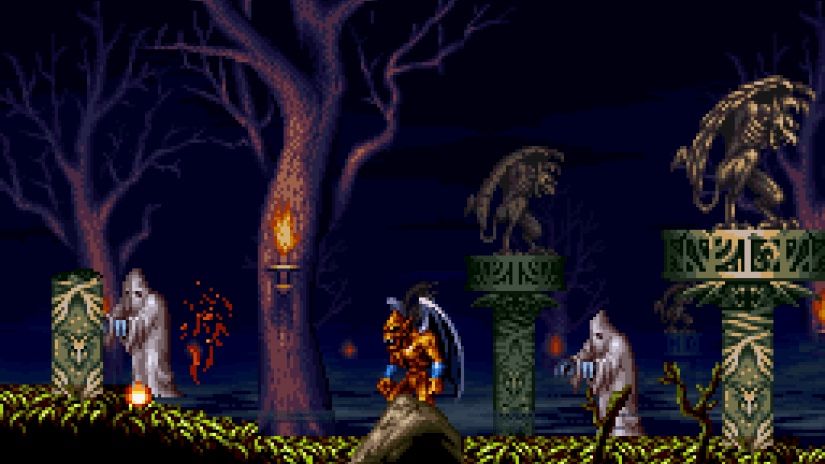 Of course, as we all know, this isn’t what happened. The Super Metroid template caught fire, and Symphony of the Night all but ensured that a new standard for platformers was ushered in. But it’s interesting to think about what could have been. Demon’s Crest is an amazing subversion of platformer level design, and though very few games have taken that structure up, the ones that have, like JoyMasher’s Odallus: The Dark Call, are standouts in the 2D platforming genre. And in an indie environment where everyone is trying to be Symphony, we need more Demon’s Crests in the world if only to honor the evolution of the genre that Mario started.

Two Lives Lived – The Story of the Omm Sety