As I dove into another room of thugs firing at me from every angle in Deadtoast Entertainment’s My Friend Pedro, I couldn’t help but feeling like I’d been there before. Not that I’d been repeating the level – though the game does lend itself to score attack runs – but that it felt like another iteration on a theme I’d seen a lot of in the past few years.

Recent handwringing about the awkwardness of genre terms like “Metroidvania,” “bullet hell” or “roguelite” isn’t going to stop people from using them, and it isn’t going to stop similar works to continue to iterate on the previous successes of before.

Microgenres have their usefulness. It allows fans of like works to be able to easily discover their new favorite author, or fans of specific types of music to elaborate, expand upon and build up those rules and create new, iterative microgenres. Laugh all you want about how dumb the terms grindcore, black metal, witch house and synthwave might be, but you knew exactly what kind of music each term represented, at least. You can find the term “shoegaze” grating, but it isn’t going to stop people from making wooshing, overdriven guitar music.

Just the same, high-intensity action games predicated on limited/one-hit health bars with enemies to be carefully danced around are going to keep being made. The success of titles like Hotline Miami, Ape Out or Katana Zero show that yes, this is a formula that works, and that still has permutations that developers can keep playing out. Whether it’s a time-dilation mechanic or a new weapon set, there’s reason enough to keep iterating on an idea. Eurogamer at one time termed Hotline Miami a “top-down fuck-em-up” which, while accurate, pinholes things too closely on the viewpoint. Maybe just “fuck-em-up” is the way to go here. 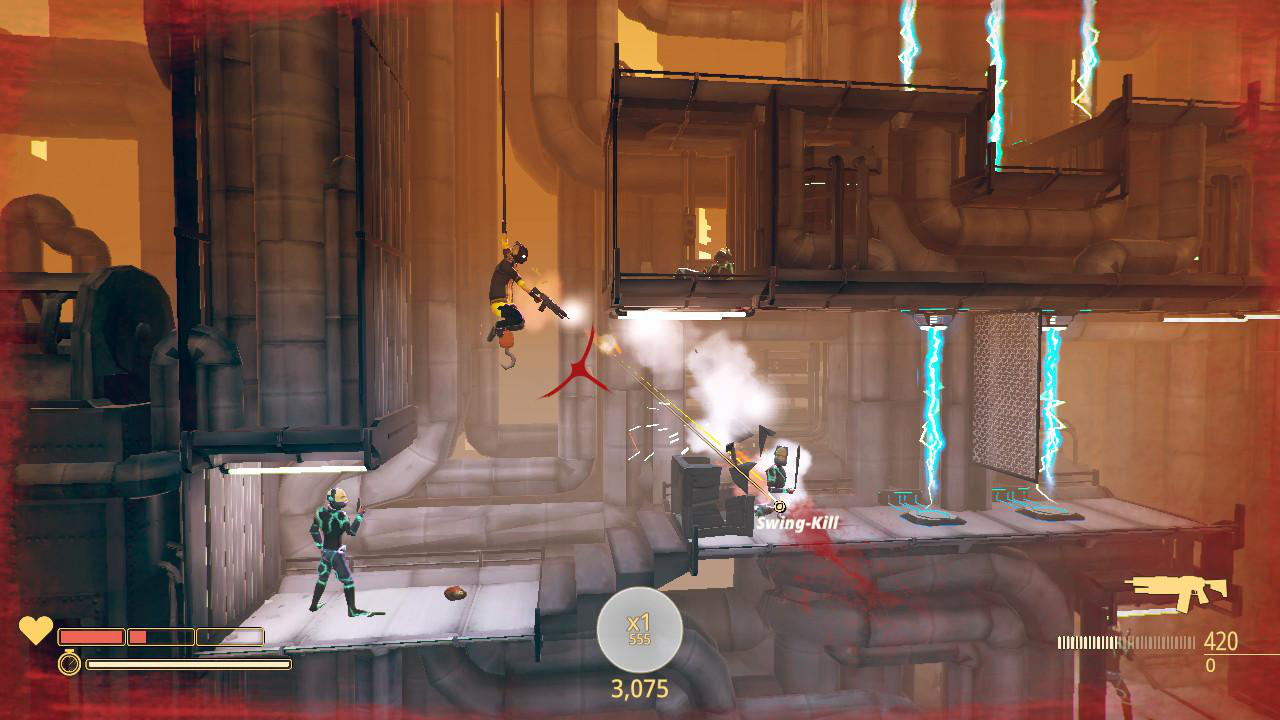 The latest fucking-em-up title (also from Devolver Digital, publishers of all three of the above titles) is My Friend Pedro, a sidescrolling shooter focused on high-flying leaps and a plethora of ricocheting bullets.

The silent protagonist, only referred to a handful of times as “meatbag,” is a yellow palette-swapped version of Deadpool who wakes up in seedy circumstances with a floating banana – the Pedro in question – telling him that he’s about to wind up turned into hamburger meat at the hands of a psychotic butcher. After a few quick blurbs of text, Meatbag grabs a pistol and we need to go kill everyone we meet from here on out. Let’s fuck em up.

Meatbag can slow time down to a crawl, leading to each interaction with enemies springing into a slow-motion ballet of (as the game’s tagline so helpfully points out)  bullets, blood and bananas, though the last one is in considerably short order compared to the other two. Considering his name is in the title, Pedro really only shows up to deliver the meager framework of a storyline and little else before we blast through another linear tube of hallways in the same style as the one you just left. For anyone expecting some narrative meat on the bones of the skeleton set up by the game’s raucous beginning, there’s not much to go on in terms of direction than “go right” and “shoot stuff.” 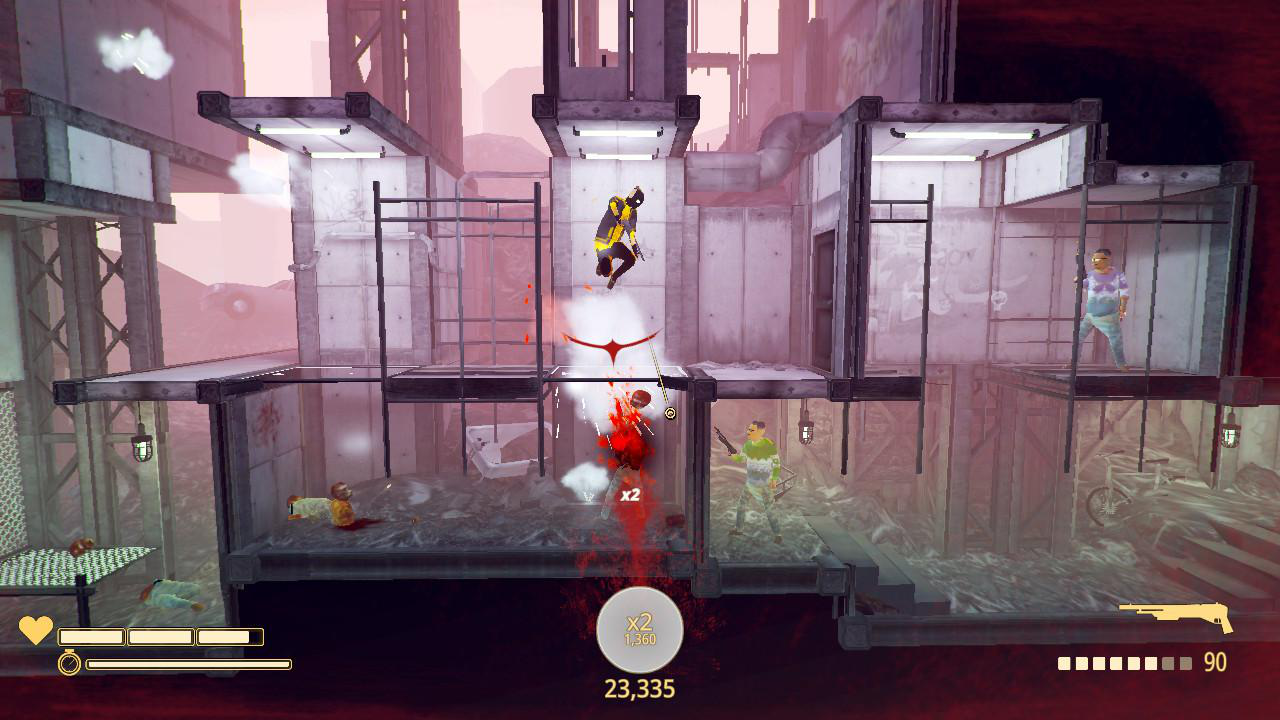 And that’s not to say that the going right while shooting stuff is unenjoyable – by mixing things up with gradual introduction of new weapons, a surreal series of levels taking place in Pedro’s imagination and periodic vehicular boss fights, My Friend Pedro does a decent job of keeping things rolling despite a nearly monotonous onslaught of faceless goons in identical hallways. Why are some of them dressed up like it’s Christmas? Why does Pedro seem to use UK slang? Why can meatbag slow down time? In general, “why” isn’t a question My Friend Pedro is interested in answering in any real manner. The lightweight narrative works to the game’s strength, as it’s one of several pick-up-and-go titles that feels perfectly at home for a few quick levels on the Switch before jumping to something else.

So, while My Friend Pedro doesn’t sit as a crowning achievement of the entirely not-made-up fuck-em-up genre that totally existed when I sat down to start writing this, it’s an amusing self-aware take on this established pillar of the gaming lexicon.

Freedom is the Lance