The downside of the ‘disposable’ mentality surrounding iOS games is that many of the offerings in the App Store are terrible. Low pricing and low expectations means many developers will just throw anything at it in the hope it will briefly stick. The upside, however, is that many games in the App Store have the chance to simply be absurd. For 99 cents, a game doesn’t necessarily have to be ‘good’ to be worth buying. It could just be so weird, so implausible, that it is worth the price of admission just to gawk at for a little while. A developer can just throw together something weird, stick it in the App Store and sometimes it is just magic.

…an unethical number of enemies shoot a ridiculous number of bullets at your ship.

PicoPicoFighters is one such game. It is absurd to such an extent that I almost want to call it stupid. I would never dare suggest you spend money on a game this nuts, but as it is completely free, I think you should play this game.

PicoPicoFighters is a top-down shmup in fast-forward with a lo-fi, retro look consistent with the many other iOS offerings of its prolific developer, Yamagame. The chunky, pixelated background flies past at breakneck speed as an unethical number of enemies shoot a ridiculous number of bullets at your ship. One App Store reviewer puts it best, saying, “It seems like even the bullets are shooting bullets.” 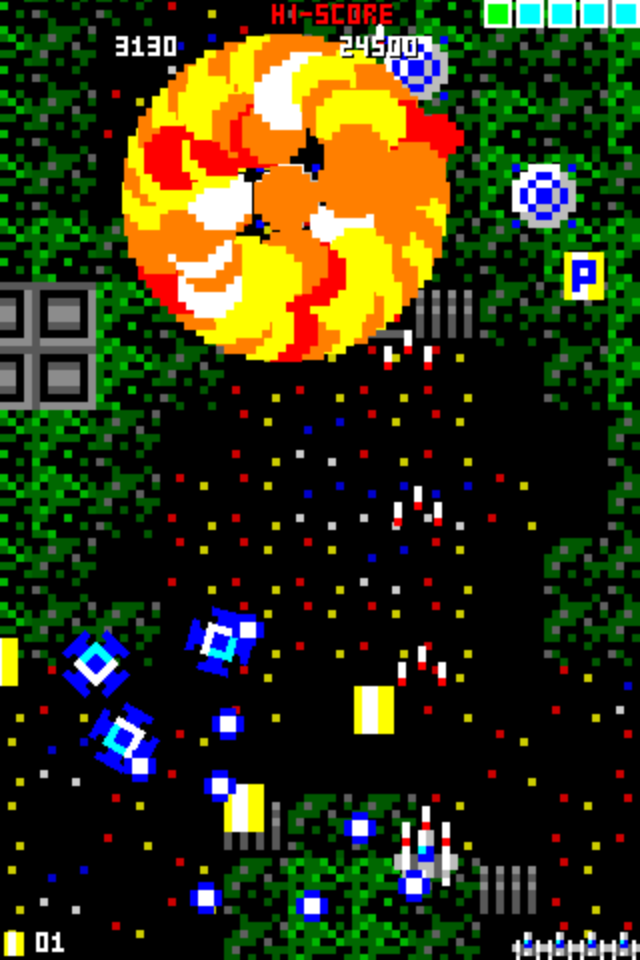 In turn, your ship fires automatically and playing is simply an act of avoiding death by squiggling your finger and your ship around the screen. Half the time you are playing, then, your finger is blocking most of the view as you fly from the bottom of the screen to the top and back down again to (attempt to) dodge the wave after wave of bullets.

Even death brings no respite as the second you die you begin your next life and, immediately, are vulnerable to the myriad bullets still littering the screen. It is nonstop, and it is insane.

It’s incredibly masochistic. Yet, somehow, it is incredibly fun. For a time, at least. Fun in the way that listening to a recording of your own voice at x5 speed is fun. PicoPicoFighter is the chipmunk-voice equivalent of a top-down shmup.

And sometimes, sometimes, it becomes transcendent. Your finger squiggles around the screen dodging waves of bullets no mere mortal should be able to dodge. You last for 30 seconds, and then 40, and then 60. Your entire arm starts to tense up and shake and your eyeballs struggle to keep up with your finger darting across the screen. When you do eventually die, you’re not sure if luck just caught up with you or if you deliberately killed yourself because it was freaking you out that you were still alive after this long.

It’s exactly the kind of game that could not exist in any other marketplace or on any other type of device. Sure, Yamagame could release the game for free over the Internet for PC, but PicoPicoFighters almost wouldn’t work with keys or a controller. The screen almost needs to be blocked by your slow, fat finger just for the full, ridiculous experience. The game’s absurdity – yes, even its stupidity – is perfectly suited for exactly the hardware it finds itself on.