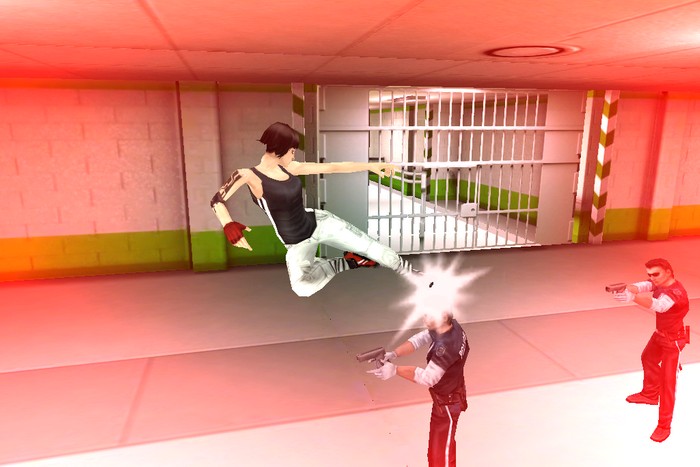 On a recent blockbuster episode of Unwinnable’s podcast, Unlistenable, I bemoan the fact that while there are many great iOS games, many of them fall under the casual gaming umbrella. That’s fine for me, admittedly, but I’m often tempted to try out some of the more robust, hardcore titles — and I’m left frustrated, time and time again, by controls that don’t make sense for the device.

Perhaps out of laziness or a rush to port franchises to iOS, or simply because touch screen gaming is so new that many developers haven’t had time to innovate, awesome, more challenging and graphics-intensive games like Rage play more like their console counterparts would, gathering digital dust on my iPad in favor of more basic titles like Creeps!, a cartoony tower defense game that doesn’t push the genre forward much but kills time just fine.

Granted, as a casual gamer, I struggle with complicated gamepads as it is — I’d probably have just as much trouble with Rage on a console — but joystick-like controls are even more difficult to manipulate on a touch screen. Your thumb blocks your field of vision, for one thing, especially on the iPhone — and makes many games an exercise in frustration rather than fun. I’d much rather drop a tower down onto the screen and sit back as the evil hordes approach, upgrading it with a tap as I go, than furiously fire at zombies or space creatures with my right hand while I attempt to rotate up, down, left, right, forward and back, with my left — all the while with an obscured view and tired arms from holding an iPad aloft.

Still, it’s not impossible for next-gen type game developers to figure out how to make iOS titles that aren’t just eye candy, but are actually fun — and intuitive — to play.

Mirror’s Edge figured it out. 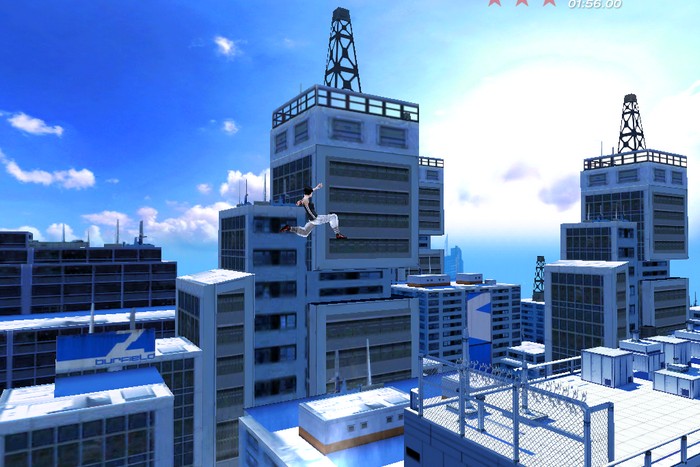 I’ve never played the PS3 or Xbox versions of the game — they’re different, I hear — but no matter how Mirror’s Edge is played on the consoles, the iOS version, which being a non-gamer took me a year to discover, gets it right. Whereas a similar game might simply try to recreate the PS3 controller on screen, Mirror’s Edge lets me run, jump, turn, slide, attack, roll, climb, etc., in ways that simply make sense on a multitouch device.

Run? Swipe forward. Jump? Swipe up. Turn? Swipe in the opposite direction. Slide? Swipe down as you run. Attack? Slide into an enemy or swipe toward them in mid-air to do a jump kick. 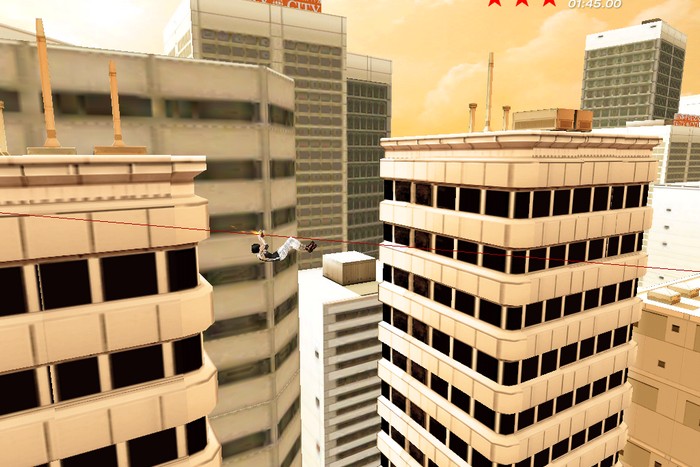 Tilting the iPad can affect your balance in precarious spots. Even pausing the game is cool — a two-finger downward swipe.

I don’t mean to pick on Rage — it’s actually a pretty solid effort that I’ve left on my iPad intending to play more — but I wish it were more like the Wii version of Resident Evil 4 or even Umbrella Chronicles. Because they took advantage of the ability to point a Wiimote at the screen and line up a shot, they were a ton more fun, and certainly more realistic and less cumbersome than moving a crosshair with a directional pad.

I can’t say I didn’t have my issues with Mirror’s Edge. For one, it was way too short, and the levels, while gorgeous, were a bit samey. Also, the controls didn’t always seem to register, though that may be as much my fault as the game’s. Still, I advanced fast enough to stay engaged, letting the game teach me how to play and finding that it made sense, mostly.