When Google unveiled Stadia at the 2019 Game Developers Conference, the industry erupted with takes all across the spectrum, from wild enthusiasm to scathing cynicism. Executives from the tech giant, including CEO Sundar Pichai himself, made bold proclamations about the games streaming service’s capabilities, promising high-powered performance on low-budget hardware without compromise. If successful, it could help spearhead an industry shift toward a more easily accessible future, where playing triple-A games could require as little as a controller and a Chromecast.

However, something Google didn’t address was how they plan to build enough trust to convince people to stream games rather than paying for downloads or buying physical media. However, considering how often online services for games get shut down eventually, how easy it is to accidentally get locked out of online accounts and how hard it is to scale customer service when you have tens of millions of customers, now is a good time to discuss those potential pitfalls before conceding control of our libraries to giant corporations. Even if that digital-first future is still far away, these problems are here right now.

Here’s a case in point based on recent personal experience. Recently, I was using my DualShock 4 on the PC in my home office, not realizing that turning the controller on had started the PlayStation 4 in my living room too. In the process of pressing buttons, I managed to unknowingly buy the full version of the Resident Evil 2 remake on accident. While I was initially shocked to see an email notification on my phone thanking me for my purchase, I quickly realized that I’d opened up the game’s free 30-minute demo, which concludes with an option to buy the complete game with a frictionless checkout process.

I do dumb shit all the time, so this was an on-brand move on my part. Since I hadn’t downloaded the full product yet, I figured I’d be able to share a laugh with Sony’s customer support and get a full refund. Instead, I got taken for a ride through customer service hell that left me with more questions than answers. 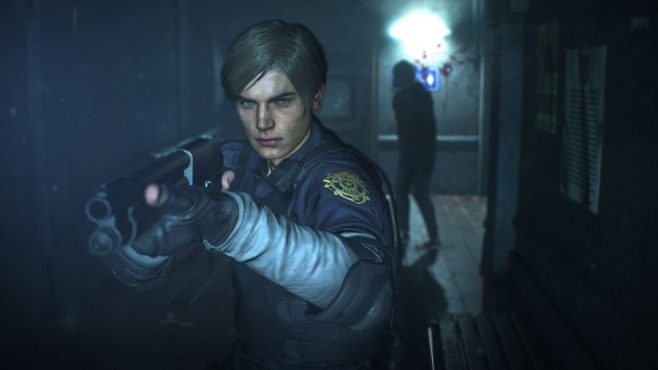 My misadventures started when I hit up support via chat and explained what happened. I was told they’d “refund” the purchase as a “one-time courtesy,” and only into my PSN wallet. This seemed bizarre since, at the time, the North American PlayStation website has an entire page on requesting refunds that never mentions this policy. In a clear case of the universe playing an April’s Fools prank on yours truly, this same policy was updated the day after I filed the initial draft of this column; they now offer a 14-day refund window on non-downloaded digital content, but once again, only to your PSN wallet.

Since I never intended to spend this money on the PlayStation Network in the first place, this wasn’t good enough. Surely, there had to be a way to get my money back into my bank account, right? According to a support manager, the answer was a resounding “hell no” because their terms of service (which I’m convinced no one has ever read) says no refunds. I was then told I could read the policy for myself (which would have made me the first person in history to ever do so).

Phone calls to their customer service center yielded the same response, and no amount of rephrasing my questions could extract an answer deviating from that script. Multiple tweets to their @AskPlayStation Twitter account went unanswered (despite this being listed as a customer support channel on their website). A quick scan of their support forums revealed a user-run message board where former hall monitors offer free condescending lectures. They just hand them out! Awesome.

After exhausting all avenues of pursuing corporate justice, I resigned myself to the fact that I’d be buying $64 worth of something on the PSN store. This wasn’t the worst possible outcome for a decidedly first-world problem, but it still left me feeling burned. If the Taco Bell down the street can muster the decency to give me free cinnamon twists when they screw up my order (and they’ve never gotten an order right), surely Sony could do better than keeping my money in their system as a “courtesy.” What if something similar happened to someone who really couldn’t afford to be short $64? Same spiel, same result?

This wasn’t the worst possible outcome for a decidedly first-world problem, but it still left me feeling burned.

This is a garbage experience for reasons that have nothing to do with the professionalism of the people fielding inquiries from privileged assholes like myself, and everything to do with a company eyeing its bottom line. Scaling support when you have over 90 million customers worldwide isn’t a simple task, and rather than providing support staff with advanced training and better tools, it’s likely cheaper and easier to offer some scripts and blanket policies to cover every possible edge case. Keep the call time fast.

Except it’s 2019 and the average person has been trained to expect better. Sure, PC gamers have long understood that buying from digital storefronts requires an acceptance of risk, most people buying videogames aren’t thinking that hard about their purchases. Someone who expects Gamestop to give them their money back for an unopened product isn’t likely to understand why that expectation doesn’t hold up with digital goods.

To wit, read through consumer reviews of for customer support on both PlayStation and Xbox. There are extremely few positive reviews, and nearly every complaint revolves around an issue with an online account. Hell, even Nintendo went to court in Germany over their own eShop refund policy. In short, all three are striking out when it comes to taking care of customers non-physical goods.

That’s what brings us back to Stadia, and more broadly speaking, gaming’s inevitable digital-first future. When you don’t have a disc or cartridge-based alternative to trusting a corporation with your money and games (which is probably just a couple console generations away), it’s not inconceivable that most people will choose a provider the same way they choose an ISP; by picking whichever one is least likely to screw them when something goes wrong. People who care about teraflops don’t drive the market like casual consumers do. Casual consumers are also skeptical, cost-conscious and a lot less likely to stick with a product after accepting a $64 smack in the face than I am.