This is an excerpt of a feature from Unwinnable Monthly #114. If you like what you see, grab the magazine for less than ten dollars, or subscribe and get all future magazines for half price. 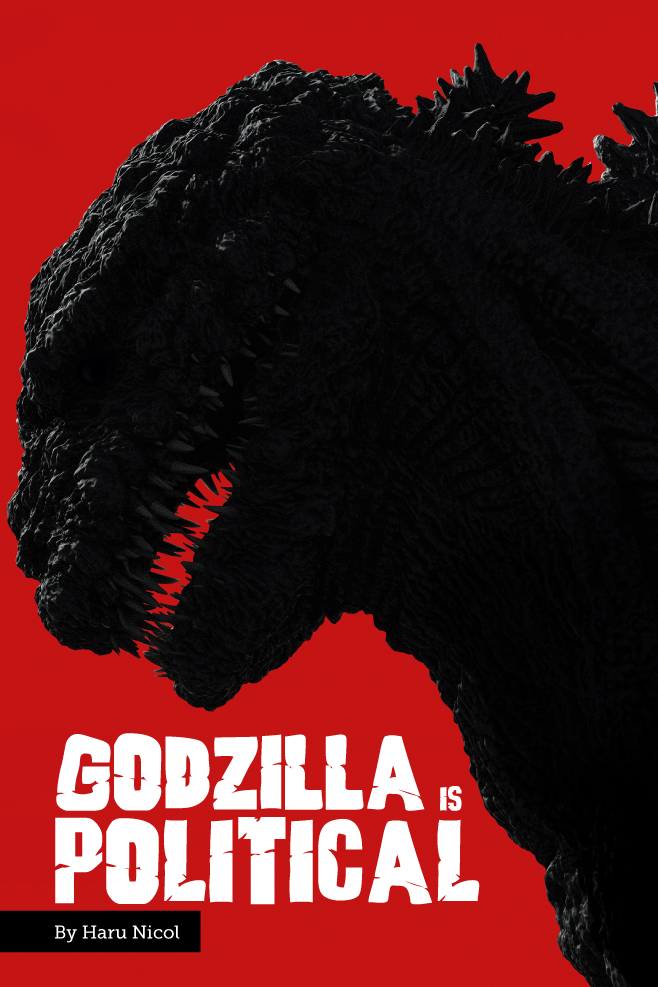 The Godzilla franchise has been, and always will be, deeply political. With its many iterations, including a recent anime and upcoming 2019 film, it is a very pertinent series to explore. It’s clichéd at this point to mention that the original 1954 film deals with the cultural anxieties over nuclear weaponry in post-war Japan. However, it’s still worth diving into how far this theming goes in the movie. In addition to this, its successors and sequels on both sides of the Pacific also embody various political and cultural anxieties as well and are also worth exploring.

The anxieties over nuclear weaponry in the 1954 Godzilla (which from now will be referred to as ShodaiGoji) from a storytelling standpoint is straightforward. The titular creature is born from American nuclear weapons testing and wreaks havoc on Tokyo and some of its surrounding areas. In fact, the film’s director expressly wanted audiences to link the monster’s destruction to that of the nuclear bombings in World War 2, stating that he wanted to capture with the film “some of the horrific devastation he had witnessed.” This linkage to nuclear devastation also extends to the creature’s design itself, with its skin looking quite similar to the keloid scars that afflicted “that afflicted the survivors of Hiroshima and Nagasaki.”

Beyond general concerns over nuclear weapons, ShodaiGoji also embodies more specific nuclear fears and concerns post-war Japan was experiencing. A small, but interesting, nuclear historical event alluded to in the film is the Lucky Dragon incident of 1954. The Lucky Dragon was a Japanese tuna fishing boat which was exposed to, and contaminated by, the nuclear fallout of the Bikini Atoll thermonuclear weapon test. This killed off many of the crew on the ship and contaminated the fish they had brought in, sparking a large grassroots anti-nuclear movement in Tokyo. What is interesting to note is that this all occurred during the production of the film. It was initially slated to just be a retelling of The Beast from 20,000 Fathoms (1953), however, the production of ShodaiGoji took note of the Lucky Dragon incident instead and focused the film towards more anti-nuclear weapons themes. The historical episode is further alluded to with the inciting incident of the film involving two fishing boats being destroyed by a nuclear force: Godzilla.

However, not all fears embodied by ShodaiGoji were understandable, but rather discriminatory in fact. Academics have noted that the keloid-scar-esque skin of the monster may be a reference to 1950’s Japan’s “discriminatory gaze cast at the hibakusha of 1945.” Hibakusha is the Japanese term for victims of the nuclear bombings in 1945 and it has been noted quite frequently that the non-hibakusha members of Japanese society had quite severe “discriminatory sentiments” towards the hibakusha. If we accept that ShodaiGoji does indeed share superficial bodily qualities with the victims of nuclear weaponry and Joshua David Bellin’s assertion that many fantasy or science-fiction films identify “marginalized social groups as monstrous threats to the dominant social order,” we can see that ShodaiGoji as a monster attacking the unaffected-by-nuclear-weaponry Tokyo residents harbors some deeply problematic cultural anxieties towards the hibakusha.

Born and raised in Tokyo, Haru Nicol is a non-binary games critic currently residing in the UK. You can find them on Twitter @SmilingRider.

Endgame and the Specter of Representation