This excerpt is from a feature story in Unwinnable Monthly #121. If you like what you see, grab the magazine for less than ten dollars, or subscribe and get all future magazines for half price. 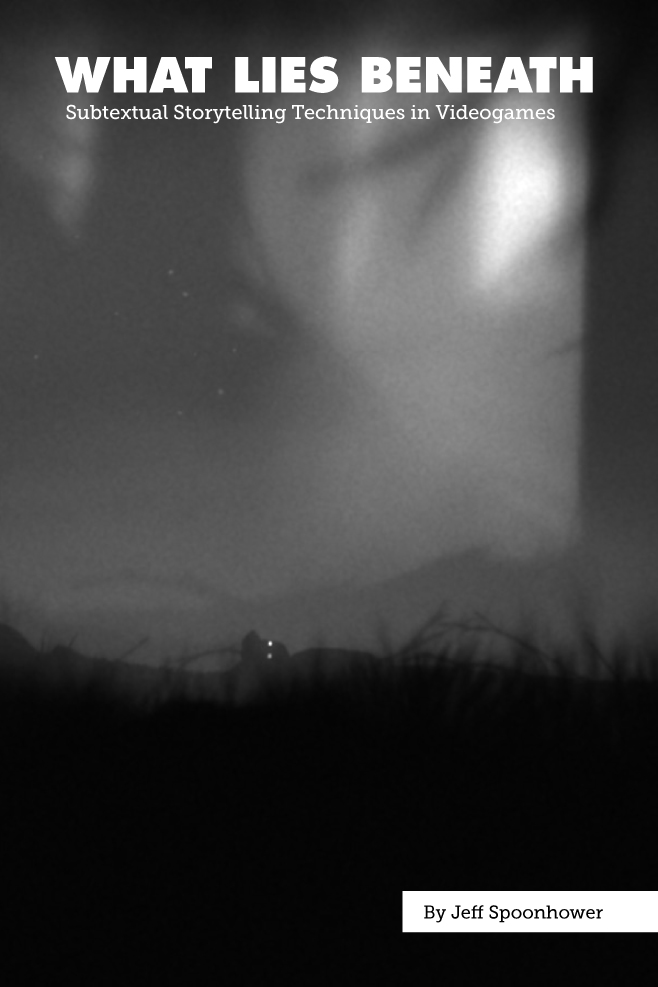 In encountering art, watching a film or playing a videogame, have you ever felt a deep connection with the piece, as if the creator is inviting you to personally partake in it? Subtle questions are presented to you, and you feel compelled to answer them, like a detective investigating a crime scene to discover valuable hidden evidence. The late, great filmmaker, Stanley Kubrick, said:

“If you really want to communicate something, even if it’s just an emotion or an attitude, let alone an idea, the least effective and least enjoyable way is directly. It only goes in about half an inch. But if you can get people to the point where they have to think for a moment what it is you’re getting at, and then discover it . . . the thrill of discovery makes it go right through the heart.”

Kubrick is describing the concept of narrative subtext – the hidden meaning contained in images, sounds and actions. Subtext is the part of the story that is significant, but told subtly. It is nuanced, layered and suggestive. It speaks to our subconscious and engages our emotions.

The opposite of subtext is text, which is literal; it’s “what you see is what you get,” with no hidden meaning or subtlety. The image, sound, or action engages our surface level consciousness and rationality, but does little to elicit emotion or suggest meaning. It does not ask the audience, or the player, any questions or leave anything open to the imagination. Text simply offers an immediate answer.

Visual subtext uses principles such as framing, composition, balance, color, contrast and lighting to reveal something important that is not obvious or apparent on the surface. Sound design and music can be even more effective than visuals. They have the power to cut straight to our emotions and subconsciously communicate a great deal to us in very powerful ways that visuals cannot achieve alone.

As a game developer of 17 years, Jeff Spoonhower has worked as an animator, cinematics director, sound designer and video editor on games including those in the Bioshock, Borderlands, Uncharted and Saints Rowseries. He is the art director on his debut independent game Anew: The Distant Light and an Assistant Professor of Film and Digital Media Production at the University of Notre Dame. Follow him on Twitter @anewthegame.

You’ve been reading an excerpt from Unwinnable Monthly Issue 121.

Games About Death (Are Stuck In a Rut)