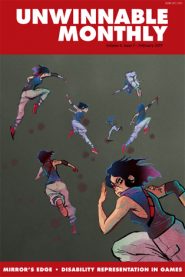 The year 2018 marked 30 years since the release of Akira, the historic feature debut from director Katsuhiro Otomo. This year presents another milestone for Otomo’s work: the fifteenth anniversary of Steamboy, his follow-up to Akira. In development for a decade and with record production costs, Steamboy had significant expectations to meet, even before considering the long shadow cast by its predecessor. That Steamboy didn’t quite duplicate Akira’s success is not so surprising – few films have that kind of reputation – but Steamboy remains a thought-provoking and technically stunning experience a decade and a half later.

Steamboy imagines an alternate history in which the development of steam technology continued well beyond its real-world counterpart, with steam engines bringing impossibly complex devices to life. The film opens in the 1860s with the creation of a miraculous new source of steam energy that eventually becomes central to a conflict over how that energy should be used and who should use it.

Like Akira, Steamboy questions the societal impacts of technological progress, but by placing its story in an alternate history, Steamboy changes the phrasing of those questions. The world of Akira has already seen horrors made possible by modern science. Steamboy’s version of 1866 still contains a sense of the promise of technology, of its potential to reshape the world into something bold and bright. That optimism soon meets the realities of war profiteering and belligerent nationalism, among other things, and the idea of technology as an incorruptible good is challenged. 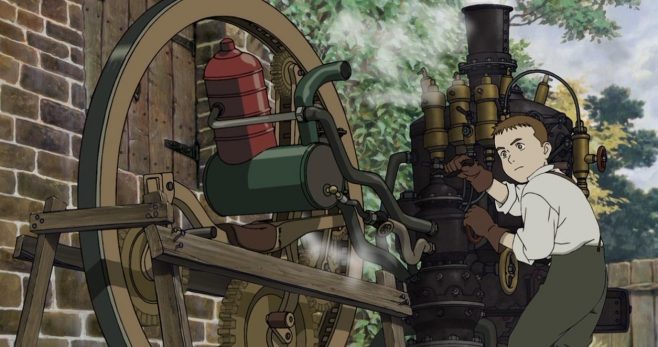 Steamboy portrays these conflicts through the trials faced by protagonist Ray, a pre-teen inventor and steam engineer who embodies a pure enthusiasm for science. Over the course of the film, he encounters adults who hope to exploit his talent and passion for their own goals. Some see science as a way to accumulate wealth and power, using the latest steam tech to build and sell arms to the highest bidders. Others see science as the source of strength for the nation and a way to fuel militaristic ambitions. Alongside these is Ray’s grandfather, who once embraced the same spirit as Ray and believed in the ideal of science for its own sake. His experiences throughout his life have transformed that passion into cynicism, however, and now he questions whether or not it’s possible for that pure form of scientific exploration, free from the influence of greed and reactionary politics, to even exist.

I don’t know if Otomo meant for Steamboy to be read as a metaphor for any particular contemporary developments in science and tech, but the comparisons could be made without much fuss. The digital era is filled with examples of technologies initially championed for their ingenuity but whose developers quickly made their products available to militaries and authoritarian governments.

But Steamboy is principally about energy technology, and in this respect, it also remains relevant. The dangers of our continued dependence on oil and other fossil fuels have only become more apparent over the past 15 years, leading to a growing public demand for clean and renewable energy sources. Though there is still a serious amount of work to be done to start shifting away from fossil fuels entirely, some see the potential for an energy revolution on the horizon. Solar and wind, among other sources, could be used to power a clean, sustainable future; along the way, old institutions of power made possible by oil and coal could be dismantled. 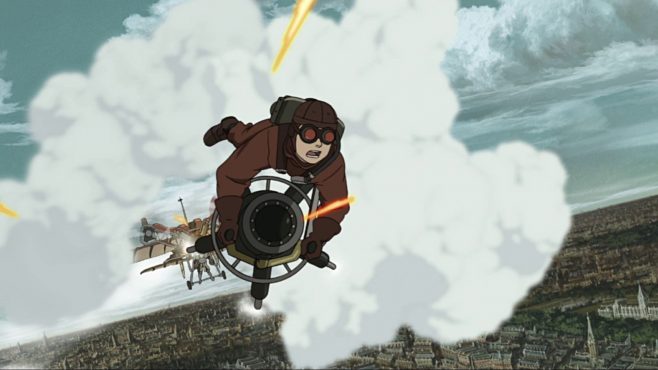 This isn’t quite as simple as the discovery of a miracle energy source as shown in Steamboy, of course, but the excitement around renewable energy tech is real. Otomo’s film considers the wide range of possibilities that can unfold from this excitement around new energy and its capacity for remaking the future, and it offers caution against the idea that uninhibited pursuit of this goal is a virtue in itself. This may seem a strange perspective with regard to clean energy, hanging as we are off the cliff above climate disaster, but it warrants consideration. If renewable energy tech is going to address injustices beyond pollution, that potential must be fostered wherever possible. It can’t be assumed.

The US military, as one example, is a major contributor to rising pollution and emission levels, and would likely be a prime target for investment during a profit-driven push for green energy adoption and development. Companies seeking reliable sources of financing would see ample opportunity in defense contracts. In one plausible future, an imperial army powered by solar and other renewables continues to push manifest destiny into the 21st century and beyond, perpetuating the violence of years past with cleaner tech.

Another risk is the potential for global conglomerates to commandeer renewable resources, with today’s energy giants working to maintain their dominance of that sector by expanding their investments in certain emerging energy technologies. The result would be a world with reduced emissions but without democratized energy production. Key innovations would be stifled in favor of energy tech with the most potential for huge profits and exclusive management by major corporate actors. Rather than challenge or change power dynamics, this future would simply replace the oil oligopoly with a greener one. 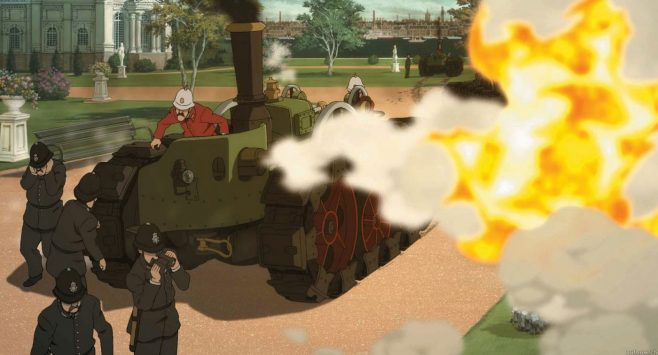 None of this is meant to suggest that we shouldn’t pursue developments in renewable resources and green technology, and I don’t believe Steamboy makes an anti-tech argument, either. The film’s meticulous steampunk visual designs (and its stirring score) exhibit a sense of awe at what technology makes possible. But Otomo is trying to raise a healthy skepticism around the idea that science somehow transcends social and political realities, or that technology in and of itself is a liberatory force. “An invention with no philosophy behind it is a curse,” Ray’s grandfather warns. The film also asks audiences to consider the moral character of that philosophy, as well as who controls and profits from the invention – questions as important in the 19th century as they are today.

Steamboy is pretty remarkable looking, and it isn’t difficult to see why it took so many years to complete. It is, however, somewhat uneven. There’s a good deal of setup early on, but the film eventually becomes a series of action set pieces rather than the fuller exploration of themes hinted at in the first half. The second hour has more spectacle than story, and the world of the film never comes into quite as full a view as it does in Akira.

Regardless, Steamboy suggests placing technology in its social context. As the years since its release have demonstrated, this is always a worthy reminder.