I’ve never turned in a Documentary Sunday review without watching the entire movie before. But I made an exception for I Survived I Kissed Dating Goodbye (2018, Van Der Wyngaard), a film that billed itself as an apologetic reflection on the dangers of turning sexual morality into a competition but that turned out to be nothing more than an attempt to return its subject, Christian author Joshua Harris, to the spotlight.

In 1997, Harris wrote I Kissed Dating Goodbye, a best-selling guide to the concept of courtship (an alternative to dating wherein “a man and a woman… seek to determine if it is God’s will for them to marry each other” rather than attempting to determine their romantic and sexual chemistry with one another) when he was only 21 years old. I know that the book was a best-seller because this movie told me so… Often. In fact, the film begins with a montage of Harris participating in a whirlwind tour of television appearances and keynote speeches designed to drive home just how darn influential and powerful his message was. One clip, in particular, stuck out: a guest spot on Bill Maher’s Politically Incorrect that made Harris out to be a kind of squeaky-clean, straight, Baptist version of Milo Yiannopoulos, a provocateur whose primary talent is the ability to say absurd things with a straight face.

All throughout this introduction, an older, supposedly wiser Harris reflects in voiceover about the hubris of writing a guide to marriage and dating while having little to no practical knowledge of either. After receiving a tweet from a woman telling him that his book was “used against her like a weapon” he decides that it is time for him to travel the country (or at least make some Skype calls) to face his critics, hear about the damage that his advice might have caused, and learn about the broader effects that the culture of purity has on fundamentalist Christian youth. 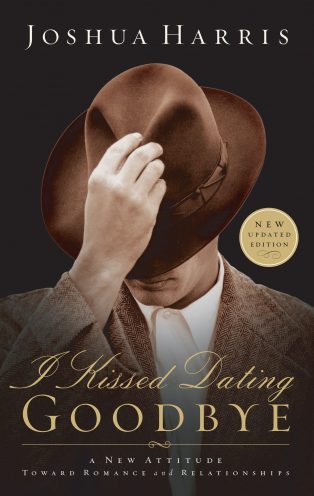 Yet every single encounter has been edited to emphasize Harris’s enormous clout within this community before buckling down and get into the specifics of what he actually said and how it might have negatively affected his audience. For example, after the invoking the ritual reminder of just how thoroughly I Kissed Dating Goodbye had dominated her understanding of how relationships were supposed to work, one particularly insightful interviewee spoke convincingly about how the Christian courtship model is unable to account for the possibility of failure. After all, according to this model, only those who approach the process with a faithful and subservient heart are rewarded with fulfilling relationships. Those who choose to rebel against God’s will and try to choose for themselves are punished for their selfishness with a life of loneliness. Therefore, anyone who makes an attempt to form a relationship and has it fall apart on them must not have been approaching the process with the right mindset. The outcome of their attempt proves, according to this logic, that their heart wasn’t really in the right place all along. This means that even kids who do everything “right,” who refuse to be alone with members of the opposite sex, who wait until marriage to experience their first kiss, who carefully select their potential partner based on the compatibility of their spiritual practices and the advice of their parents and their pastors, can wind up feeling as though they have failed their family, their church community and their God if their relationships don’t make it, for whatever reason, “’til death do us part.”

And God help you if you are a queer kid. No, literally. God will have to help you because there is absolutely no room for same-sex romance in Christian courtship.

Unfortunately, these nuggets of understanding and empathy are buried underneath a toxic sludge of self-aggrandizement. Everything in the film is framed as being primarily about Harris and his struggles to cope with the feelings that he has about being told that his book wasn’t actually God’s gift to the world of dating. He has to be brave, he tells us, and face his accusers head on (while also, he is careful to point out, taking care not to hurt his many, many fans). He has to wrestle with the complicated legacy of his book and how it has shaped his identity. Even the title of the damn movie succumbs to this narcissistic impulse. We already know that Harris survived I Kissed Dating Goodbye just fine. He made a career off of it. Shouldn’t we be a bit more concerned about the people who, perhaps, didn’t survive it? Or at least, those who didn’t survive it unscathed?

Perhaps the last third of the movie dealt with these questions in a satisfactory way. Unfortunately, I don’t know because in the middle of my screening it was suddenly removed from Amazon Prime’s streaming service and my access to it was revoked. Instead, I was pointed to the website for Exploration Films, a “leading distributor of faith and family movies and documentaries” whose “focus is to deliver inspiring content that elevates the culture and evokes the best in the human soul.” On the website, I was given the option to buy the DVD or to stream the film for free, provided that I signed up for their mailing list (and, of course, agreed “to receive occasional updates and marketing messages from I Survived I Kissed Dating Goodbye and Exploration Films”). I ultimately decided that whatever new project Harris was using this film as a public relations stunt to lay the groundwork for was not ultimately something that I was interested in, so I passed. I guess I will never know how truly sorry Joshua Harris is for publishing his very important, very popular best-selling book.

Science, Society, and Steamboy (The Other Movie from Akira’s Director)