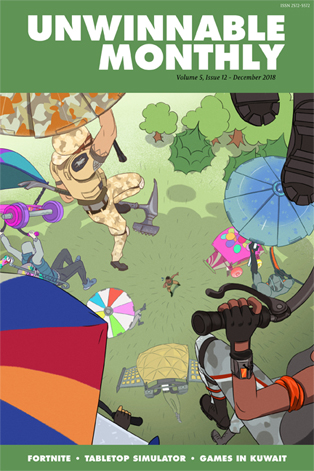 Nostalgia is often defined as a desire to return to the glories of the past, but often a close examination of our nostalgic urges will reveal that past to be largely imaginary. Perhaps a better definition would be one that acknowledges its performative aspect; nostalgia as a way of preserving the past as it should have been instead of as it actually was. What possible futures might we be able to build if we do not limit ourselves to the past that existed but instead to the past we choose to remember?

One particularly fascinating brand of nostalgia, to me, is nostalgia for what Alexis Lothian calls “old futures” or the visions of the future that existed in the past. We achieve a strange kind of doubling when we watch episodes of The Jetsons and films like Brazil and Logan’s Run. We are simultaneously charmed by the quaintness and naivety exhibited by the distance that exists between their predictions and our reality and also inspired to reflect on how we might close that gap (or, indeed, whether that gap is worth closing in the first place).

In videogame culture, retrofuturism and nostalgia for old futures are all the rage, with miniature versions of classic consoles abounding on store shelves and pixelated graphics and synthwave music dominating the indie market. As such, I predict that is only a matter of time before the ultimate nostalgic videogame artifact arrives back onto the scene: the Nintendo Power Glove. The Power Glove was the first ever gestural videogame controller, released in 1989 by Mattel.  Though it was proceeded by a media blitz of hype including some of the most badass cyberpunk-style commercials you’ve ever seen and even a cameo in the full-length feature film The Wizard (where, although it was used by the bad guy, it still inspired awe and jealousy on the part of the viewer), the Power Glove ultimately wound up being a commercial failure due in large part to a dearth of software calibrated to its particular technical limitations. Unlike other Nintendo accessories like the Light Gun, the Power Glove worked using a kind of echolocation, with receivers mounted on the television measuring the glove’s position in space by timing how long it takes for an ultrasonic chirp (inaudible to human ears) to reach them.  Unfortunately for gamers in the late 80s and early 90s, this process yielded a response rate much slower than the one that could be achieved by a standard Nintendo controller. In other words, the Power Glove may have looked really cool, but it didn’t work especially well as a tool to play videogames. And yet, it still remains a beloved cultural touchstone in the gaming community, remembered fondly even by those who found it unsatisfying to use back in the day. In fact, Power Glove enthusiasts are now treating the toy as a platform on its own. Communities of hackers, makers and other artists have devoted themselves to the technology, reworking it into any number of modern devices, from a fashion accessory to a remote control for a flying drone to a virtual reality peripheral to an electronic musical instrument.

In other words, the Power Glove may have looked really cool, but it didn’t work especially well as a tool to play videogames.

And yet the question remains: why are so many people willing to invest so much work into an obsolete toy that never really lived up to its potential in the first place? Andrew Austin and Adam Ward’s The Power of Glove (2017) attempts to explain the Power Glove’s unexpected cult following by taking up a doubled perspective on our nostalgia for the futures of our past. Through a series of interviews with developers, human-computer interaction experts, toy makers, marketers and fans, Austin and Ward attempt to create a timeline of the alternate future that the Power Glove laid out in front of us: a future in which we could “become one” with our games and perhaps eventually even enter into our favorite virtual worlds. As a result, the film implies that it is the potential version of the future embodied within the glove that we remember, not our struggle to find the correct distance from the television to use the controller correctly or the frustration we felt when our inputs didn’t quite register in time to save us from losing a life. We choose to remember now what we wished that it was back then and we savor the future that our past selves used to dream about in our present.