E.T.: The Extraterrestrial is thought by many to be so terrible, so toxic, that it almost smothered the videogame industry in its crib. It is often described as one of the “worst games ever made” and it tanked the career of developer Howard Scott Warshaw, who is (unfairly) remembered more for this colossal failure than he is for smash successes like Yar’s Revenge and Raiders of the Lost Ark. It was so terrible that, much like a disloyal capo in a mob movie, it was taken out to the desert and buried and forgotten . . . or at least, that is how the urban legend went. Is there really a mass grave of Atari cartridges hidden somewhere in New Mexico? What would it take to find out? Atari: Game Over (Penn, 2014) documents the search for the missing games and attempts to unearth lessons that the modern videogame industry would be wise to heed.

Andrew Reinhard is one of the archaeologists featured in the film and his new book, Archaeogaming: An Introduction to Archaeology in and of Video Games, was published in June of 2018. He was gracious enough to sit down for an interview and discuss the dig, the film and his work as an explorer of games history.

Megan Condis: What exactly is “archaeogaming” and how did you get involved with it?

Andrew Reinhard: I used to define “archaeogaming” as the archaeology in and of videogames, but I would like to be more inclusive in understanding how any game can be archaeological, including pen-and-paper, card, dice and other tabletop games. I’d been thinking about digital games and Classics since 2010 or 2011, interested in how game developers and players interpreted monuments and structures in games as being “old” and having lore often tied to tropes of ancient Greece, Rome and Egypt.

By 2013 I realized that the games themselves were archaeological as examples of contemporary cultural heritage and material culture. During the same month that I launched archaeogaming.com, the news broke that a film company was awarded the rights to dig (and film) the Atari Burial Ground in Alamogordo, New Mexico. I couldn’t have asked for better timing. 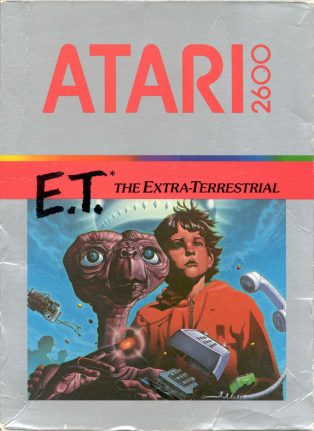 M.C.: Why do you think it is important for archaeologists to study games?

A.R.: It’s important for archaeologists to study human stories based on material evidence, and this is not limited to a time period, a geographical region or whether or not that evidence manifests in the natural world. Some archaeologists like me have gravitated to what I call “digital built environments” (DBEs), or software and the hardware used to run it. So many of us live moment-to-moment through screens, that our reality is blended between the analog and digital. We make things in these spaces, spend real time and money and live in our email, social media and games.

Archaeologists are perhaps uniquely equipped to ask (and answer) questions about human interaction, engagement and habitation of these spaces and the communities that spawn there. We need to start now: the flood of technology and media is already overwhelming and it’s going to get even more so year-to-year.

M.C.: You were present at the excavation of the Atari landfill. What was it like?  What do you think was the most important discovery you made at the site?

A.R.: It’s rare for archaeologists to dig in front of an audience, not to mention film cameras, so the pressure of expectations was pretty high for that project, and I was relieved when we found the first games (thanks to the expert knowledge and hard work by local garbologist Joe Lewandowski). Even if the games had not been found, the interesting things to us included how myths form, the public reception of what archaeology is and what archaeologists do and the overarching sense of nostalgia when excavating the material culture of the recent past.

It’s difficult to pick out a “most important” discovery. I suppose for the archaeologists it was the observation of 30 years of effects of a desert biome on cardboard, plastic and metal. None of the games that we tried worked post-excavation, even though several were in excellent condition. Also, the landfill stench will never leave those games and is an instant way to authenticate if a cartridge was excavated in Alamogordo.

M.C.: Who is your all-time favorite videogame archaeologist and why?

A.R.: I can’t say that I have a favorite videogame archaeologist. Lara Croft and Indiana Jones are fun to play as, but there’s no real archaeology that they do. It’s all fantasy and often extremely unethical. Perhaps the best games to play as archaeologists are the ones that are played in the first person where the player can work within the narrative space of a synthetic world. Sometimes it’s role-play, but often I get caught up in doing a lot of archaeological thinking when inside a game.

M.C.: Can regular, everyday gamers contribute to the process of archaeogaming? If so, how?

A.R.: Yes! I’m actually seeing this happen now in real-time as I conduct my second PhD case study in No Man’s Sky. The player community has been very positive and supportive, and a few have written to let me know of the locations of places to excavate, as well as player and game lore, things I would have missed completely had these non-archaeologists not been interested in the history of the game that they love.

It’s a kind of public archaeology. I publish everything I find right away, freely and openly, and that has led to fruitful collaboration with players. I also continue getting suggestions of new games to play archaeologically, for which I am thankful. I just wish I had more time to play everything I need to. Thank goodness there are dozens of other videogame archaeologists worldwide who can pick up the slack. 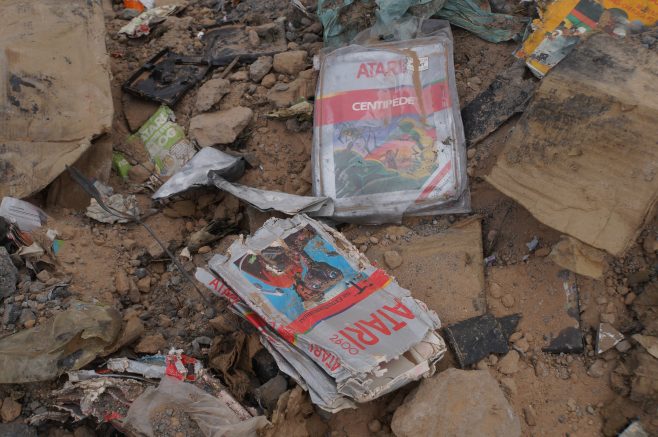 M.C.: When the archaeologists of the future study the virtual worlds and the games that we created, what do you think they will say about us?

A.R.: I’ve been spending so much time trying to lay the groundwork for methods and theory for the archaeogaming community of practice that I haven’t really stopped to consider what archaeologists 100 years from now might think.

It could be similar to what we think now when we find dice or gaming boards and pieces at an archaeological site. Here we have these material objects and the context in which they were found. We might discover the rules.

My main worry is that future archaeologists will not be able to access much of our current digital content largely because it’s now cloud-based or runs on hardware that will be obsolete in 10 years. Speaking politically, it’s possible that future generations will look back on this Golden Age of digital games and conclude that the current environment was so awful that we made our own digital Utopias in order to escape.