When news broke about plans for a Dance Dance Revolution movie, one would be forgiven for responding with a resounding, “What the hell?” The long-running series, which involves stepping on buttons and directional arrows on a physical floor pad, has no defining characters and zero plot. That isn’t stopping its directors from attempting to give it both, though. According to a report from Variety, it’ll tell the story of “a world on the brink of destruction where the only hope is to unite through the universal language of dance.” Sounds ridiculous, but perhaps no more so than Battleship, at least.

The power of dance isn’t saving this garbage planet from anything (though maybe we should be open to suggestions). To its credit though, Dance Dance Revolution has helped more people make lasting positive lifestyle changes than any other gaming franchise. Ever since it hit the arcade scene in 1998 and was later ported to home consoles, it has captivated audiences with the power of something that loosely looks like dancing, and countless players credit the series for getting them in shape. This writer included.

And if there’s any movie in any genre I want to see, this is it.

Hear me out on this one. In a world where Tetris of all things can get turned into a “sci-fi thriller,” why not put Dance Dance Revolution on the big screen too? Its status as one of the most iconic pieces of interactive entertainment ever made isn’t far behind that classic puzzle title. In fact, in the early 2000s, Dance Dance Revolution consistently made headlines for its effectiveness as a legitimate workout that wasn’t boring. So, when considering its worth for a film adaptation, forget the fact that it has zero plot. What made the series one of the best-known IPs on Earth has more to do with getting people active. 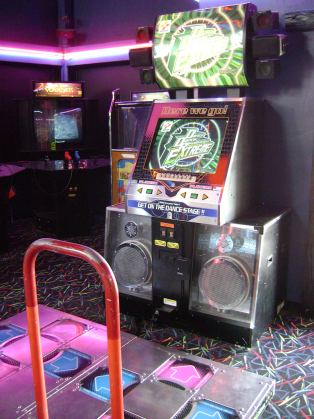 The peak of Dance Dance Revolution’s popularity coincided with an extreme emotional low point in the middle of my high school years. When my family moved to an isolated U.S. Air Force base in the United Kingdom, I coped with crippling loneliness depression by overeating junk food. Once my clothes stopped fitting, it became apparent that Coke and donuts were only making my situation worse. I had to do something to turn my situation around, or accept a bleak future of self-imposed misery.

So, instead of blaming unhappiness on circumstances beyond my control (and aside from being bored, those middle-class circumstances really were pretty good in hindsight), I committed to cutting crap out of my diet and getting into better shape. However, going to the gym was sort of boring. I wanted something different.

Remembering a school assignment where we summarized our thoughts on a newspaper article and I picked a piece about Dance Dance Revolution being used in high school gym classes, I felt like I had an idea. While there weren’t any arcades in my area (save for a Metal Slug 3 machine at the base laundromat, which I invested in heavily), the home version for the original PlayStation was just a few clicks away (military base housing was fitted with U.S. power outlets, so we ordered games online for our American consoles rather than buying their British counterparts). I had nothing to lose except an extreme amount of weight playing a videogame, so I pulled the trigger on the pricey package.

Taking a tangible step toward self-improvement helped me feel a little bit better by itself. When it arrived from GameStop (which took a few weeks being overseas), I unboxed it with almost more enthusiasm than the first-generation Xbox I’d gotten that Christmas (like I said, we were comfortably middle-class).

I played the game’s workout mode daily, which included a timer and a calorie counter. After sticking with that routine for a few months without bothering to step on a scale, I was shocked once I actually checked my weight. Without realizing it, I’d dropped from 245 lbs. down to 220 lbs. I muttered an audible “holy shit,” struggling to wrap my head around what I’d accomplished. Dance Dance Revolution did more for me in a few months than the gym alone ever could.

Eventually, I got down to around 175 lbs., about as low as someone with my lanky 6’4” frame should go. Over 15 years later, I’ve managed to keep most of that weight off, too. While I still had some struggles with depression and anxiety over the ensuing years, I’ve since grown into a relatively well-adjusted adult who can check off all the boxes for success according to Western social norms. That might not sound like much, but there were plenty of times along the way where I wasn’t sure I was going to make it. With that in mind, it isn’t hyperbolic to say I wouldn’t be who or where I am without this dancing game. 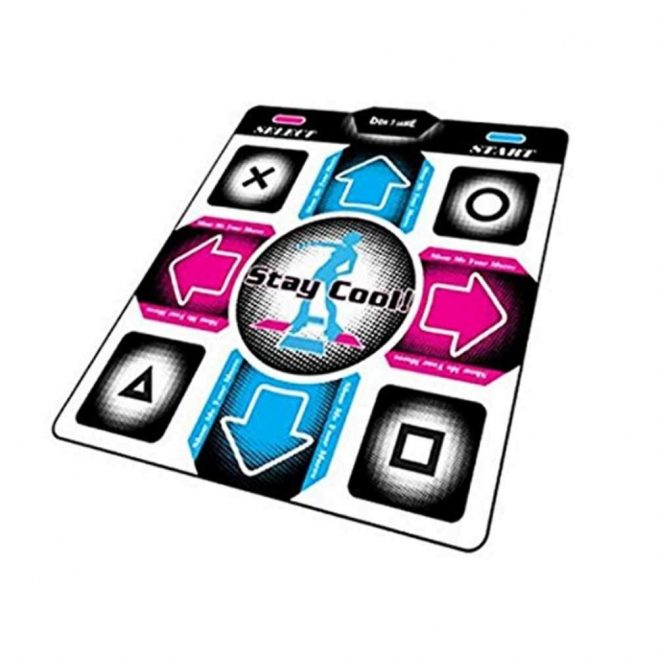 So, why make a movie about Dance Dance Revolution? Maybe a better question to ask is, “Why would they make a movie about any other game at all?” My experience isn’t unique, and if that goddamned awful early 90’s Super Mario Bros. movie (which I saw when I was six, and I’m still pissed about it) could get greenlit, why not tell a story about the peace-building power of dance?

Sure, it’s probably a desperate cash grab attempt by floundering publisher Konami. And no, my hopes for it actually being good aren’t high. But, provided it actually gets made (instead of joining the growing ranks of videogame movie adaptations that never get released after being announced), I’ll be at the theater on day one. Hell, I’ll probably go twice and get whatever expensive-ass limited-edition Blu-ray package comes out, too. That game means more to me than any other, to the extent that I owe it a literal lifetime of general well-being. Hell, if I could I’d finance this film myself, with zero regrets if it sucked.

If anything can bring Dance Dance Revolution back to the cultural forefront, then count me on board.