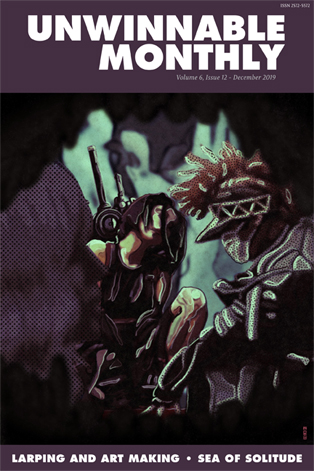 There’s no way to separate politics from war videogames and the fact that we need to say this in 2019 is an embarrassment for the medium. That doesn’t mean major developers and publishers haven’t tried to protect their profits by claiming their stories don’t take sides in real-world conflicts though. Call of Duty: Modern Warfare is the latest game to blend actual headlines and fictional plot points with mixed results, telling the story of U.S.-backed resistance to the Russian invasion of a made-up country called Urzikstan. While developer Infinity Ward claims this narrative helps players empathize with civilians caught in the middle of proxy wars, it instead feels like a distraction too afraid to sacrifice profits to say much that’s meaningful at all.

Maybe this shouldn’t come as a surprise considering that Call of Duty has long been about delivering best-in-class multiplayer action more so than compelling single-player modes; it’s likely few players noticed the PS4 version requires a four-hour full installation process before you can even touch the campaign. However, what is shocking are the awkward lengths to which this iteration goes to avoid offending the U.S. military or anyone else in North America who might buy the game. It wants to have it both ways between being a big-budget entertainment product with heavy costs to recoup and a work of art that comments on world affairs, but the former renders its attempts at the latter disingenuous at best and deeply irresponsible at worst.

The latest Call of Duty: Modern Warfare places players in the shoes of an American CIA officer named Alex, who fights alongside U.S. Marines, British SAS units and Urzikstani freedom fighters against Russian troops and Al-Qatala (a fictional terrorist group patterned after Al-Qaeda) insurgents. If you accept Infinity Ward’s explanation of their storytelling approach, the game uses common themes to construct a narrative where there aren’t always clear good or bad guys, educating players on the moment-to-moment generalities of war without simulating any specific conflicts. Any similarities to actual events, we’re led to believe, are coincidental. 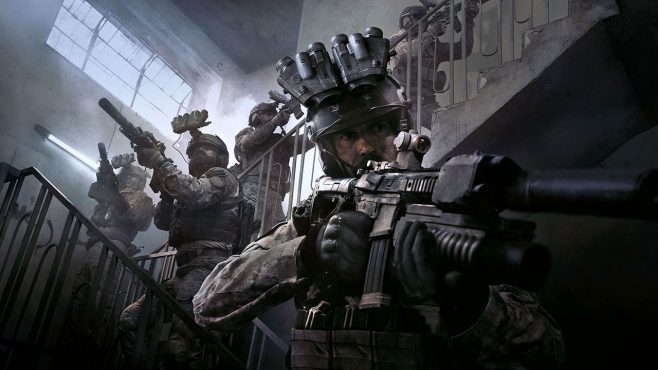 It’s weird, then, that the game chooses to whitewash the “Highway of Death,” a controversial real-world assault executed by the United States military during the first Iraq War in 1991. While the actual assault entailed American forces bombing each end of Highway 80 between Basra and Kuwait City in order to trap and attack retreating enemy soldiers near the end of the war, Call of Duty: Modern Warfare instead reimagines this episode as an act of Russian aggression against innocent civilians. Critics have blasted this decision as revisionist history, recasting what some have called an American war crime as the sins of someone else.

When asked about this decision in a pointed interview with GameSpot’s Tamoor Hussain and Michael Higham, narrative director Taylor Kurosaki says, “I think you could probably find many instances of the words ‘highway of death’ being used in a lot of cases.” He later continues, “This is not some sort of propaganda. This is reporting on what is happening in these conflict zones … and the biggest victims of these proxy wars are the people on the ground.”

Assuming Kurosaki was speaking in good faith, it’s difficult to parse what he actually means here. For starters, the term “Highway of Death” absolutely refers to one very specific historical incident, and a quick Google search confirms there’s no ambiguity about this. Altering that event to make a U.S. political rival look bad, then, could easily be construed as propaganda whether it was intentional or not. Furthermore, if he meant “reporting” in a journalistic sense, that explanation is also rendered inaccurate by 1) the fact that the game primarily takes place in a country that doesn’t exist and 2) a lack of editorial independence since the U.S. military has long been involved in Call of Duty’s development (and has even used the game at recruiting events).

The game’s problems with narrative dissonance extend to the game’s setting itself. Urzikstan feels like an imaginary collage of what an average American might stereotypically picture a war-torn Middle Eastern nation to be like, with insurgents hiding out across vast deserts that may as well be anywhere “over there” on the map. While American, British and Russian soldiers are portrayed somewhat realistically, the victims of the actual conflicts we’re meant to better understand are replaced with a fictional stand-in. We can certainly empathize with innocent civilians and rebel groups within the game, but the idea that people in parts of the world many Americans are less familiar with are interchangeable undermines the concept of empathy itself.

The results reduce those victims to a plot device that gives the game’s protagonist a noble reason to be at war without critically engaging with the complex (and sometimes less than righteous) realities of Western involvement in the Middle East. While Alex’s primary rebel companion Farah is a capable and well-rounded character, and one whose plight the player can feel for, there’s a nagging sense she (and her compatriots) are less equal than those coming to defend them (or even invade their homeland). There are parallels to be drawn to actual countries and scenarios (most obviously Syria), but the attempt to blend analogs of real and imagined people and places feels like a compromised effort to avoid accusations of being “too political.” 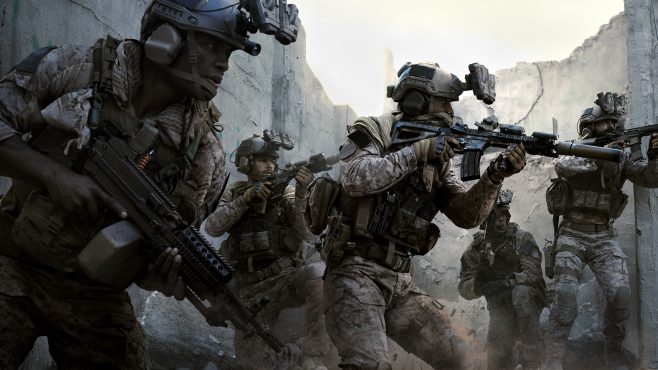 This approach doesn’t quite work. Similar to Ace Combat 7 earlier this year, the game breaks its own storytelling logic when it introduces real nations and weapons to a fabricated backdrop, allowing players to be a hero without challenging their preconceptions about war or our military too much. It seems like Call of Duty: Modern Warfare wants to craft a nuanced narrative around the ugly complexities of asymmetrical warfare, but not as much as it needs to make a lot of money. What remains is an immersive and technically excellent experience that’s shortchanged by an unwillingness to acknowledge there’s perhaps no such thing as a neutral war story.