In 1984, Gary Gygax returned to Lake Geneva, Wisconsin, after a two-year exile of sorts in Los Angeles. He had been on the West Coast as the president of TSR Entertainment, a company spun out of TSR Hobbies – the publisher of Gygax’s revolutionary roleplaying game Dungeons & Dragons – and was dedicated to developing film and television projects based on the new hobby.

Gygax lost a controlling interest in his company to Brian and Kevin Blume in 1982, who promptly split the company to get Gygax out of their hair. The Blume brothers spent the next few years racking up hundreds of thousands of dollars in debt and were trying to sell the company, so Gygax left LA (dumping the development of a D&D movie featuring Orson Welles), took back control of TSR and set about saving the company.

He did this by collecting and expanding on a number of articles he’d written for Dragon Magazine that introduced new classes and rules for D&D and publishing it in 1985 under the title of Unearthed Arcana. It sold like gangbusters and got the company out of debt, but Gygax, ever the innovator, had stumbled on a roleplaying publishing paradox: you need to publish rulebooks to make money, but the more rulebooks you publish makes your game unwieldy and unwelcoming.

Unearthed Arcana proved, decisively, that rulebooks were the biggest money maker for publishers. The necessary mechanical division between the one person running a tabletop RPG and those playing it means that the bulk of the products – the screens and monster manuals and campaign box sets and adventure modules branded with “Game Master’s eyes only” – call to the wallets of only one fraction of the audience. Rulebooks, on the other hand, are marketed to both GMs and players. 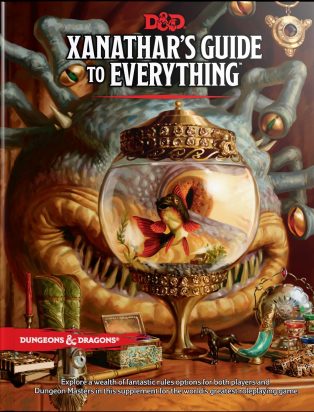 Unearthed Arcana is a bad rulebook. It was, out of necessity, a rush job that lacked playtesting and, as a result, is error-riddled and drastically throws the game out of balance. Worse than that, it began to decentralize the rules. Before 1985, players and dungeon masters needed only three books to understand and play the game. After 1985, to keep up with the game’s evolution, they needed four. Because of Unearthed Arcana’s financial success, four soon became six, with the publication of the Wilderness Survival Guide and the Dungeoneer’s Survival Guide in 1986.

Older players, of course, could continue to play without the new rules and many did (the survival guides were of dubious quality), but new players were daunted by the increasing number of rulebooks. This notion of rules bloat was one of the prime reasons TSR launched a streamlined second edition of Dungeons & Dragons in 1989. Despite that promising start, Second Edition D&D would fast outstrip the original, producing a staggering number of optional rulebooks of questionable quality that eventually contributed to TSR’s bankruptcy and sale to Wizards of the Coast. The cycle of leaning down followed by a gradual expansion of rules would repeat, with some variation, for both the third (2000) and fourth edition (2008) of the game.

Owing to a market domination on a scale unmatched by other publishers, Hasbro/Wizard of the Coast’s fifth edition of Dungeons & Dragons has wisely limited its publishing schedule to a few releases a year, mostly focusing on hardcover adventure books rather than rulebooks (there has been only one true rulebook, Xanathar’s Guide to Everything, released since the core rules appeared in 2014). It’s a smart strategy – it keeps both the barrier to entry for players and financial risk for the company low, while every new book’s release feels like an event.

There is a downside, though.

The second edition of D&D produced plenty of stinkers, but it had just as many gems. And not just your conventional sparklers – second edition D&D is downright weird, a consequence of the huge number of talented designers the breakneck production schedule required to be on staff. 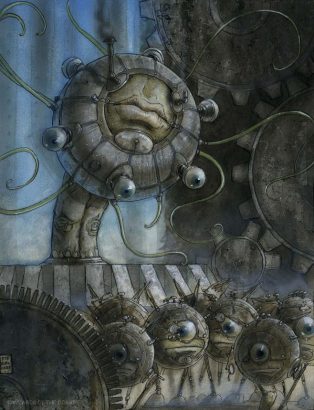 There’s Spelljammer, a campaign setting based on bonkers 18th-century notions about space, which features bizarre ships full of traditional D&D characters sailing the stars for adventure instead of dungeons. There’s Dark Sun, a brutal fusion of D&D and post-apocalyptic fare like The Road Warrior. There’s Planescape, set in the center of the multiverse, where ideas and belief are more powerful than swords and spells, and where players traffic with gods and demons. These and more came out of TSR in the 90s, despite a work environment filled with backbiting and, often, only because the designers hid the projects from management until the last minute.

Twenty-something years later, it is easy to take the strange newness of a Dark Sun or Planescape for granted, but had Dungeons & Dragons produced anything so weird or interesting since the death of second edition in 1999? Eberron, a pulpy, steampunk-infused campaign setting for Third Edition, released in 2004, is the only thing that comes close. The majority of Fifth Edition adventures so far are modernizations of classic D&D modules – Tomb of Annihilation riffs on Tomb of Horrors, Princes of the Apocalypse is an homage to Temple of Elemental Evil, Curse of Strahd is an update of Ravenloft and Tales of the Yawning Portal flat out converts seven vintage modules to Fifth Edition.

None of this breaks new ground. It can’t, by definition and design. With such a small publishing slate, in an era of increasingly competing leisure activities, Fifth Edition can’t afford to be experimental in the way TSR was – and maybe it shouldn’t, judging from the dismal stories of TSR’s toxic work environment.

Yet, in finally avoiding the rulebook paradox accidentally unearthed by Gygax, Fifth Edition D&D transformed itself into something it never was before: a bit safe, a bit boring, a bit predictable.

Stu Horvath is the editor in chief of Unwinnable. He reads a lot, drinks whiskey and spends his free time calling up demons. Follow him on Twitter @StuHorvath