Keeping existing players invested in a massively multiplayer online game (MMO), while still attracting new ones, is the eternal bugbear of the genre; many worlds, such as Star Wars Galaxies, The Matrix Online and Toontown Online, have already been phased out of existence in the face of dwindling player interest. It makes sense there aren’t many developers who would discuss their games’ eventual demise – but who would use that facet of MMOs to actively promote their own title?

That’s exactly what Vogelsap, an indie studio, did back in 2015. As the studio behind the late multiplayer horror game, The Flock, its developers decided to up the ante and announced the title’s extraordinary premise. You may even have heard about it. It was a thoroughly fascinating concept: once the population of the titular race is completely wiped out, The Flock will be removed from stores and become unbuyable. Beginning with a virtual population of 215,358,979, this figure dips by one every time a player loses the game. A concluding phase will then take place once that counter hits zero – a finale that only existing players can participate in. It was a controversial and refreshing idea, which attracted its fair share of fans and cynics. Naysayers scoffed at the inconceivable idea of losing the game – and their money – when its time is done, while others marveled at the game’s audacity.

Jeroen Van Hasselt, the studio’s then Creative Director, acknowledged these pitfalls, as well as those of making a multiplayer game. “When we look at other multiplayer titles – especially indie multiplayer games – we noticed that the drop-off rate for their communities was plunging rapidly,” says Van Hasselt.

Coupled with the fact that it’s tough to sustain the tension in horror games over a long period of play, Van Hasselt and his team – made up of a group of game design students at that time – were brainstorming how they could circumvent the anti-climatic endings common in multiplayer games.

“What if we could evolve the game over its life cycle, perhaps through new levels or through changing its narrative? We wanted to let the community experience what they would normally experience in a single player story—where their actions and events will have a tangible impact on the game universe.”

The fact that The Flock would be an ephemeral experience was a reality they prepared for; they wanted its demise to take place with a bang instead of a whimper.

But in a cruel twist of fate, The Flock was dying a slow, quiet death. Plagued by numerous bugs and launch issues, the game simply wasn’t flourishing. The highest number of players The Flock had was 154 – the month of its release in August. That figure took a nosedive to 12 the next month and trudged along to a dismal figure of three players in October. What’s worse is that The Flock can’t carry out its planned cinematic conclusion; there simply aren’t enough players for the counter to dip below two million. Even the counter that keeps track of the population is gone, since the server hosting it was taken down soon after. 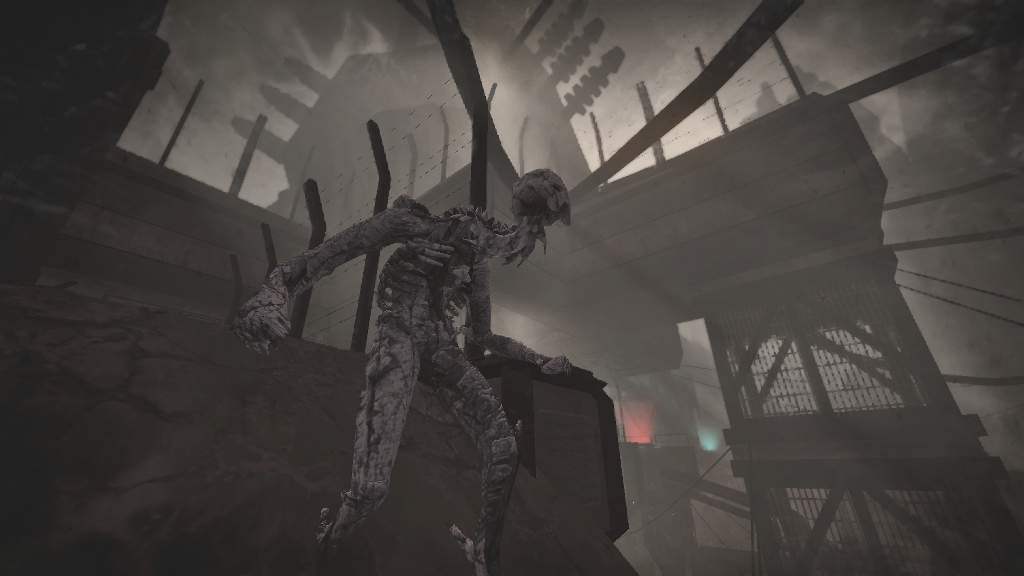 Today, there’s no one left at Vogelsap and the fervor from developing The Flock felt like eons ago. Van Hasselt himself has been working as a freelance designer on a physics-driven Metroidvania game called Planetoid Pioneers that will see release in February. “I just got out of a totally different project so I have to dial back into my mind quite a bit,” he says, chuckling, during our Skype conversation.

Looking back, Van Hasselt confessed that their issues probably stemmed from their relative inexperience in the business of game making. “All of us came from at an art school, and perhaps we weren’t as business-savvy as we should have been. As students, we were lucky that we didn’t have to pump in a lot of money, as we were able to attract investors. Prior to half a year before we announced The Flock, we were even able to rent an office. It wasn’t really a big financial risk for us.”

Despite some advice to the contrary – with some industry veterans suggesting that this strategy may not the best move – the team went ahead with it anyway. This decision may have been partially driven by the reach they got for The Flock, which was greater than expected – it received a substantial amount of mainstream coverage from Polygon to PC Gamer – and Vogelsap felt that they could focus their efforts on explaining the intricacies of their concept. However, even this proved to be an uphill task. What they didn’t anticipate was the avalanche of backlash and the miscommunications that exacerbated their problems. Not only was The Flock swamped with game-breaking bugs, players and reviewers alike were also bemoaning the game’s lack of content.

“I do understand a lot of these feelings in hindsight. There was some content we wanted to keep a mystery in a bid to entice players, with more updates in the months to come. However, even explaining this new idea was difficult. Even when we were describing its mechanics to the press, they sometimes misinterpreted what we said, which led to variations of what our game is about spreading like wildfire,” he says. “We had a lot of difficulties trying to get our voices heard and communicate what The Flock was about. Everything kind of just blew up terribly.”

And as if that wasn’t enough,  Microsoft decided to unwittingly throw Vogelsap a curve; the company was heavily promoting their planned upgrade to Windows 10 during that period, which was yet another situation Vogelsap did not foresee. Compounded by the fact that the Windows 10 upgrade was free, most players eventually discovered that they were unable to run The Flock on their new operating system. Meanwhile, an inconvenient bug also prevented players with dual monitors from running the game. This means that a lot of streamers with multiple monitors, who wanted to showcase the game soon after its launch, couldn’t do so  – costing the developers potential eyeballs and interest. “All these were obviously very painful for us,” recalls Van Hasselt.

The final nail on the proverbial coffin was the game’s selling price, which was pegged at $16 – a price too steep to entice any players on the fence about the entire experience. “That was definitely too much; people’s threshold for paying to try novel ideas is already low. We should have sold the game at $7, or maybe even $5.” Despite Vogelsap’s best efforts to lower their prices during Halloween that year, they couldn’t attract a bigger crowd.

Van Hasselt wasn’t ready to leave the game in that state. When the rest of the team left the studio just mere months after, he became the only developer working on a planned beta update. On top of this, Vogelsap was heavily in debt and he found himself having to work additional odd jobs to pay off the debt while making ends meet. “In the end, I want to get this update done as it’s been one of my only goals in life I so badly wanted to complete. It’s probably the last thing I do on the game,” he shared in a Steam update. Within the year, he worked with a small but dedicated community to release more Flock content: a new map called “The Bridge”, where members of the Flock can compete and race against one another, and five more game modes – including gameplay that’s inspired by the Weeping Angels from Doctor Who. For a few moments, a shared sense of camaraderie was had, with the few remaining members congratulating Van Hasselt on his efforts.

But the group has gradually fallen silent, save for some curious commenters – the latest one was from a player wondering if there is anyone who’s still up for another round of Flocking in January this year. For a game that was meant to cause a ruckus till its final days, this may very well be the most heart-breaking ending for this promising title. But for Van Hasselt, this was probably bittersweet relief; a chapter of his game development career he was finally ready to close the book on.

The Shadow of Lovecraft