The first time I played Azul, I scored 50 points. The empty red square in my tableau promised me a bonus two points and I was weak enough to give into the temptation. The unforeseen result of my lack of backbone was a sudden end to the game. We hadn’t been playing long and it caught everyone off guard. Filling in that red square completed one of my rows which is, apparently, the trigger for the final round.

“I think that’s it,” I said, nearly regretting my purchase.

The final tally saw me in second place, with the winner just a handful of points ahead. We left the table mostly unfulfilled, reflecting on a game experience that felt insubstantial. The game ended so suddenly, and our scores only climbed halfway to the 100 shown on the scoring track. Had we missed a rule somewhere? Was this really the extent of the Azul experience?

Determined to find the catalyst for the bevy of positive reviews, we reset the games hopes that a second play might sweeten our salty first impression. This time around something clicked. This time around I understood Azul.

This time around I scored 94 points.

There are layers to Azul, many of which are not visible on a first play. They must be peeled back layer after layer, play after play. At first, the game feels like an exercise in randomness as tiles are blindly drawn from a bag. But you’re likely to see every single tile on any given game, so rather than crossing your fingers perhaps you plan ahead for when an opportunity arises to snag that yellow tile, completing your five-tile, 10-point bonus.

The thing about Azul is that it’s easy to learn, but the learning curve is deceptively steep. For instance, it’s entirely possible, as I learned on our first play, to trigger the end of the game completely by accident. But once you begin to bide your time, plan ahead and optimize tile placement, Azul shows its true colors. It boils down to a game of temptation via aesthetics: can you resist the siren song of that ugly, empty tile space? Giving in means locking yourself into that color until you complete the row when those turns might be better spent grabbing up other tiles for more points. 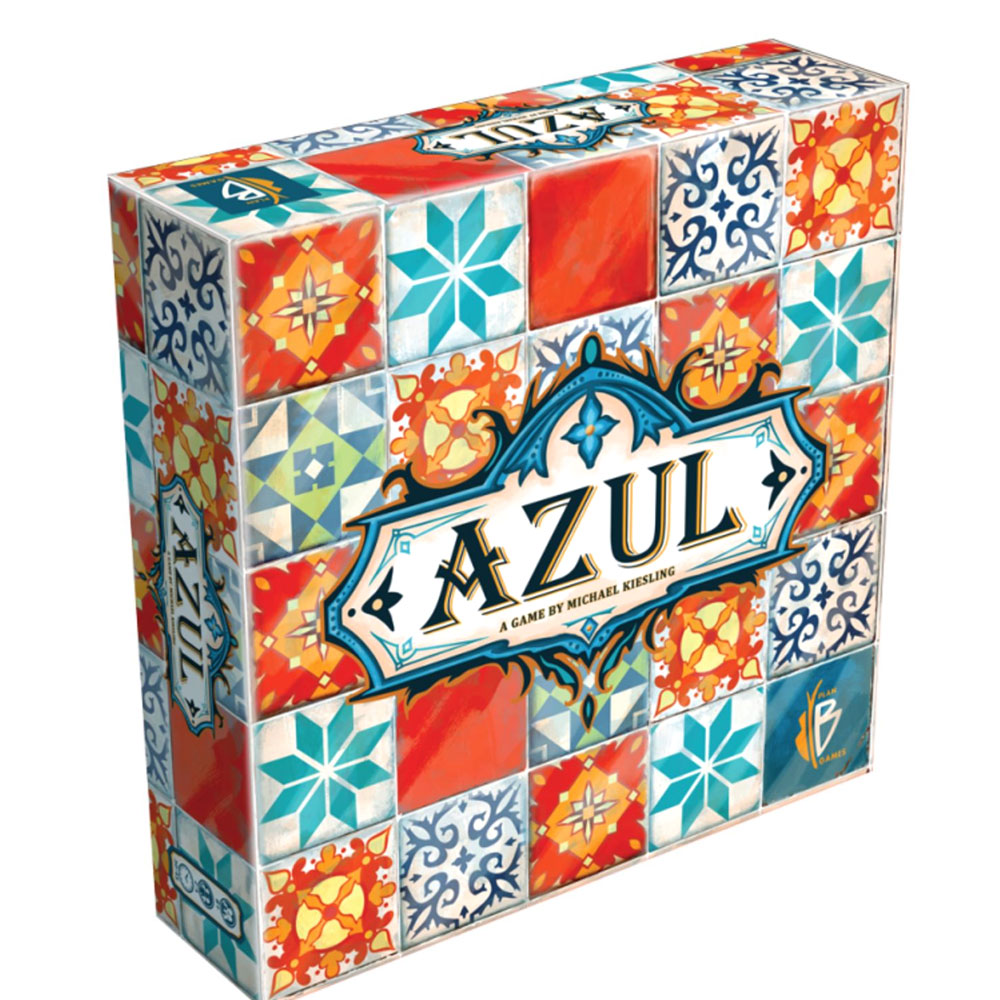 And then there’s the matter of the first player marker. Going first in Azul is immensely advantageous, but it’s also a burden, a source of indecisiveness that makes you think twice about picking up that ornate white tile. Yes, the marker denotes who gets the first pick of tiles for the round, but it also means you’ll lose a point. In the grand scheme of things a few points lost is nothing major, but it’s a slick bit of balancing that makes you pause just long enough to ensure you’re confident in your move.

We have some friends that live about 45 minutes down the freeway from us. I’m a little ashamed to say that we don’t see them as often as we should, but when we do make the drive I always try to bring a game, something simple that we can drink and bullshit around. Azul was my choice last time. We wound up playing three games that night.

Exclamations of “No, I need those!” and “Don’t you dare touch those tiles!” evolved from timid pleading to indignant demanding at a pace equal to that of our drinking. It was an uncommonly loud visit, but one that left us all in good spirits.

They have since asked me to bring Azul along the next time we meet for dinner. It’s always good to have a game like that on the shelf.

Best Tabletop Games We Played in 2018