Lately I’ve been living in Fortnite’s post-apocalyptic sandbox survival mode. In this world – still a few notches removed from our apocalyptic political climate – 98% of the world’s population has disappeared and mysterious Storms show up to throw zombie-like Husks at you, the commander of humanity’s remnants. The hero classes include a host of goths: Marine Corpse Ramirez, Trailblaster Buzz, Energy Thief Mari, but my best friend is Phase Scout Jess, a Mohawked woman with a leopard-print fur collar, plaid pants and a studded belt hanging diagonally across her hips (that’s not holding anything up).

The characters in Fortnite don’t have personality traits beyond their outfits and abilities. That leaves a lot of room for outfit-based projection – something in which I have lifelong experience.

After the world ends, Phase Scout Jess and I meet in an industrial park, attempting to harvest resources from the same dumpster. I’m wearing a Black Flag t-shirt. We discuss whether the post-apocalyptic wasteland will ever have “bands” again. In a way, she says, the post-apocalypse is the ultimate DIY venue.

At Base Camp, over bacon and fibrous herbs, I ask Jess about the anarchy symbol – a circle-A –scrawled across her white sweater. “It’s a joke,” she says. Before the Storm, in middle school, she’d started covering her notebooks in baby anarchy signs – so easy to draw, intentionally messy. She didn’t read Emma Goldman until years later. After the Storm, she has little interest in symbolism. The circle-A reminds her of simpler times.

In 1840, anarchist forefather Pierre-Joseph Proudhon wrote that “society seeks order in anarchy.” Later, he added, “Anarchy is order without power.” The circle-A, then, shows an A within an O: “Anarchy is Order.” 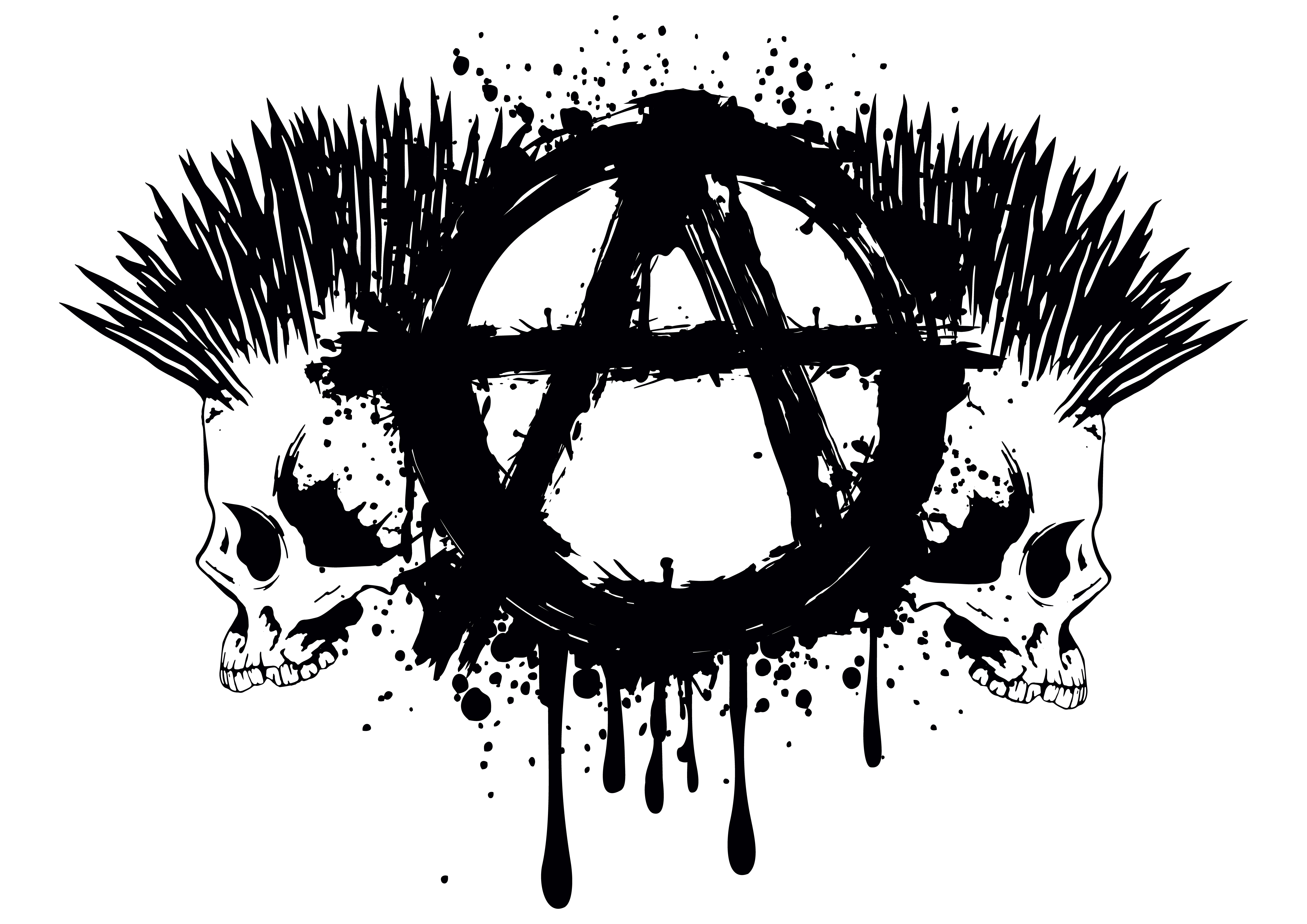 In An Anarchist FAQ, Iain McKay (not Ian McKaye) writes, “It seems to follow logically that since Anarchists have shied away from anything static, that we would also shy away from the importance of symbols and icons. Yet the fact is Anarchists have used symbolism in our revolt against the State and Capital, the most famous of which are the circled-A, the black flag and the red-and-black flag.” The exact origins of the circle-A are unclear: while popularized in the 1970s anarcho-punk movement, it’s been spotted much earlier. “On November 25 1956,” McKay says, “the Alliance Ouvriere Anarchiste (AOA) adopted this symbol. Going even further, a BBC documentary on the Spanish Civil War shows an anarchist militia member with a ‘circled-A’ clearly on the back of his helmet.”

British anarcho-punk band Crass are often given credit for spreading the circle-A among first-wave punks; Crass cofounder Penny Rimbaud said they likely came across the image in France. In an interview with LA City Beat, Rimbaud expressed indifference: “I don’t own the [circle-A], and I don’t care about it . . . I’m really not interested in symbols or any sort of public statement made in that way. It’s just logoism, isn’t it? I don’t wear Nike shoes and I don’t wear an ‘A’ on my lapel. It’s one and the same thing to me.”

Still, in 2017, a circle-A spray-painted under a bridge inevitably invokes those mysterious anarcho-punks. In 1977, The Sex Pistols’ “Anarchy in the U.K.” became an anthem for malcontents. Lead singer Johnny Rotten snarled, “I want to be an anarchist / I get pissed, destroy!” These lyrics feel traitorous in 2017, after Rotten supported Brexit and announced his affection for Tr*mp. But back in 2007—slightly undermining Proudhon’s idea that anarchy is order—Rotten and several of the surviving Pistols couldn’t find the original multi-track master and re-recorded “Anarchy in the U.K.” For Guitar Hero III. “A bit of anarchy in a videogame is alright by me,” said Rotten.

Fortnite’s post-Storm world isn’t particularly anarchic, despite its total lack of government. Most authority figures – presidents, congressmen, cops in waiting – disappeared along with the rest of the population. But in-game, I’m still the commander; I have all the power. There’s not much room for anarchy when you, the player, act as dictator.

Jess has never rebelled against me; I’ve kept her busy fighting monsters. Her circle-A strikes me more as a nostalgic scrawl than a political statement: a desperate assertion that she had interests before her only viable interest became Husk-slaying. Like my Black Flag t-shirt, it’s a pop cultural hand waving towards the political.