For two volumes now, writer Kafka Asagiri has taken pains to hype up the threat of the F. Scott Fitzgerald’s literary Guild: all its core members have been shrouded in shadow; all of their abilities have only been mentioned in dreaded whispers; their presence was presented as so great a disruption it seemed it would bring an end to the squabble-of-the-week that had defined the relationship between the port Mafia and the Armed Detective Agency and force them to finally get serious, if not even strike a reluctant truce. As if to prove this, the fifth volume even opens on a struggle between the Mafia and the Agency’s toughest soldiers that the Guild operatives break-up so easily it does not even warrant a display. 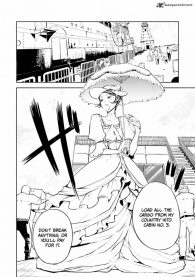 It then closes on the destruction of their base and the defeat of their top members at the hands of a man whose superpowers render him immune to lemon-shaped bombs.

Not to bombs in general; no, only to a very specific kind of bomb, a kind of bomb he alone manufactures. Never mind the sheer stupidity of this power (how would one ever discover they’re immune to a lemon-shaped bomb in the first place?). Never mind its incredibly limited application and the ridiculous lengths one would have to go to to make the most of it when a mildly competent operatives would fare as well. Better to pay attention to the fact that the mad bomber responsible for this upset would never have had cause to reveal this power if he’d been more capable. Better to realize that this very agent was himself defeated effortlessly three volumes back by the Armed Detective Agency’s designated medic in a conflict clearly meant to showcase how expendable he was.

Surely there are better ways to hype up the newest group of antagonists menacing our heroes than to throw them a humiliating loss at the hands of the world’s most expendable mook, but by this point it’s foolish to expect that Asagiri has any idea what makes a story appealing, let alone how best to tell one. This is to be expected, of course: the last volume made it terribly clear that he’d never encountered a piece of plot or character development he wouldn’t just as easily reverse if the fancy struck him, while the return and the subsequent hyping of Akutugawa at the end of this volume should make this unmistakable to even the most forgiving of his readers. Wasn’t the mafia Don content to throw Akutugawa away to grudge-holding rivals only a day ago? Why, then, does he now entrust this same burdensome employee with a task so delicate he fears even the very best of his agents will botch it? 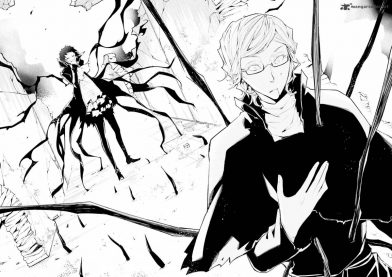 There’s no answer for this, just as there is no answer for why Asagiri should be so prone to this endless backtracking and this perpetual delaying. One could offer no argument that this is all part of some grand thematic plan on his part, because the sheer number of flubs, idiotic decisions and backwards writing practices suggests that the few moments that seem intentioned are, in reality, pure coincidence. The truth instead seems to be that Asagiri is making this story up as he goes along without a thought spared to its structure or aim, a complaint that I’ve made at almost every turn for this series and one that it seems I will be making with each new volume. 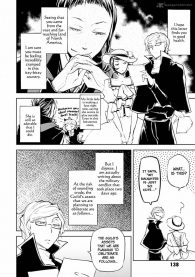 Asagiri should have a much deeper bag of tricks than he does, given how his work claims to crib from some of the 20th century’s most brilliant literati, but the truth of his work gives him away. Nothing about this series would change even a whit if the literary references were all removed; these authors have left no mark on this series because they’ve left no mark on Asagiri, most likely because he has never even tried to engage with their work in any meaningful way. While there is still time for him to learn something from his forebears, it’s doubtful he would, if he even could: Asagiri doesn’t even seem to want to engage with his own creation in any meaningful way. What are the chances he can bring himself to invests truly in the works of others?

Cardboard Fallout is Worth its Weight in Caps