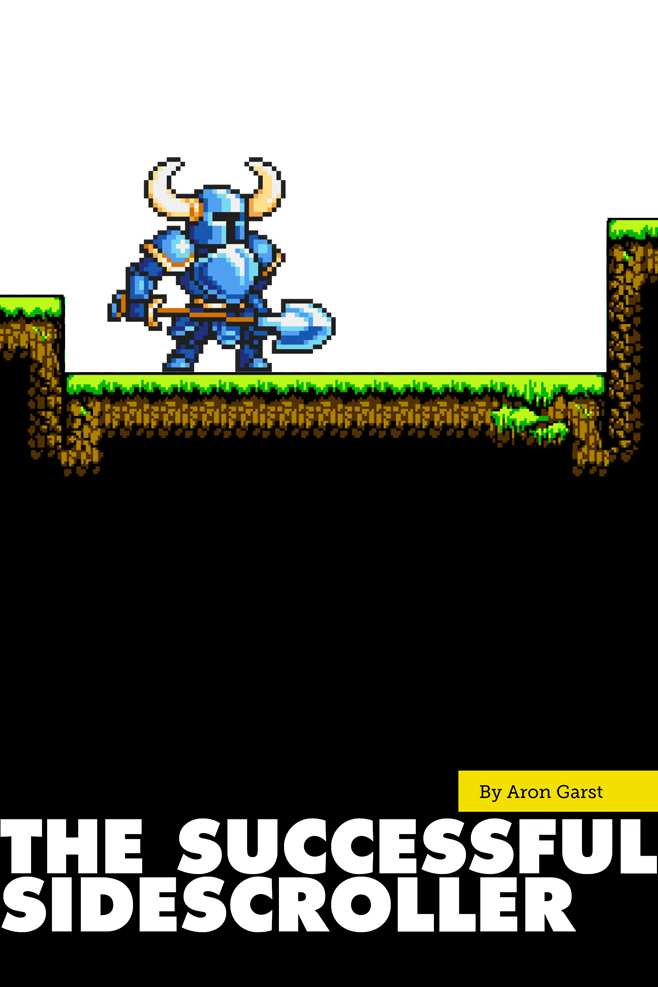 With what seems like a never-ending supply of 2D side scrollers out in the world, it’s becoming harder for any of them to stand out. You can find hundreds of them while browsing through the back pages of Steam and the various console marketplaces.

“It’s hard to want to play more of these, since I’ve played so many,” says 13AM Games CEO and game designer Alex Rushdy, one of the creators of Runbow. “You need to show me why you stand out and do something original to get my attention, and that’s hard to do.”

So how can game makers create a successful 2D platformer that stands out to people? In order to cut through the noise, they need to create a tonally and mechanically cohesive experience, then get it in front of players with an honest marketing campaign.

The designers behind Shovel Knight knew that they would need to get people’s attention with something that harnessed the games nostalgia factor. “Shovel Knight is very devoted to the kind of experience you have on the NES, including how the screen transitions work, how weighted the character feels, and so on,” says Sean Velasco, a developer at Yacht Club. “The advertising shows that without taking advantage of the nostalgia.”

The posters and artwork that Yacht Club created detailed elaborate characters, goofy weapons and treacherous landscapes while the actual game itself is pixilated, similar to all sorts of classic game advertising from the 1980s and 90s. It gives the impression that there is a huge and expansive world within all those pixels, even though it may not seem like that when playing at first. “That kind of freedom leaves a lot to the imagination,” Velasco says. “That’s why we see all the art with Shovel Knight drawn in different styles, from Japanese-style cutesy to Dark Souls-esque badass.” That freedom let Yacht Club tap into the hearts of many older gamers without alienating new players.

The team at 13AM Games had a similar line of thinking when creating a campaign for Runbow. They wanted to showcase the game’s party-centric utility brought on by its frantic nine player multiplayer mode. “It’s the kind of game where you’re going to party in both the physical meatspace and within the game,” Rushdy says. Posters for the game featured colorful characters clashing in a crowded scene, mirroring what people could be doing on the couch while playing.

Rushdy and crew went through a lot of trial and error before finally establishing that colorful art style. “We didn’t know where to start in the early stages of the game,” Rushdy says. “We ended up pulling from old 1960s movie posters and opening sequences.” Inspiration came from the famous graphic designer Saul Bass, who created posters for classics films like The Shining, Vertigo and The Anatomy of a Murder. The rigid edges, blocky shapes and heavy contrast in Bass’s art is found all over the place in Runbow. “Eventually it evolved into something that was more distinctly Runbow but still very reminiscent of that era.”

The success behind these two titles proves that marketing is one of the most important parts of making a game. What’s the point in putting all that work in if no one plays it? The key to a successful campaign is to base your marketing off everything that makes your game unique, like nostalgia with Shovel Knight and multiplayer craziness with Runbow.

The effort shouldn’t end with the marketing campaign; game development consists of many elements that all need to work in tandem. “Making sure your game is cohesive, making it feel thematically and tonally unified is really important,” Velasco says. “The worlds in games like Super Meat Boy, Binding of Isaac and even Shovel Knight resonate with people –enough to even get tattoos sometimes.”

Aron Garst is a Los Angeles-based writer who loves everything about gaming, garlic bell pepper chicken and the San Francisco Giants. He also loves the idea of inside jokes and hopes to be part of one someday.

You’ve been reading an excerpt from Unwinnable Monthly Issue 97.