I don’t know if you know this, but Netflix’s hit series Stranger Things is set in the 1980s. Mind blown, right?

Stranger Things uses a number of, let’s be kind and call them techniques, to let viewers know that the year the shadow falls on Hawkins, Indiana, is 1984. There are Pintos and Oldsmobile Cutlasses on the road. There’s lots of denim. There are mullets. Most of all, there are 80s pop tunes in the soundtrack.

Soundtracks are hard. More often than not, the songs in a film or TV show fade into the background and become just one part facet of the experience. Every once in a while, you get a masterpiece of curation that both stands on its own and adds depth and nuance to the narrative (Natural Born Killers, Pretty in Pink and The Harder They Come all come immediately spring to my mind). There’s also a good deal of cliché in soundtracks. How many times have you heard Credence Clearwater Revival’s “Fortunate Son” playing under a reference to Vietnam, or George Thorogood’s “Bad to the Bone” when someone, you know, is being bad?

Then there’s Stranger Things 2, which approaches its soundtrack with all the subtlety and meaning of a sledgehammer.

An early example in Season 2: “Whip It,” by Devo, is heard on two separate occasions when the kids are at the local arcade. When the song was released in 1980, it was an unlikely hit, partly because most people thought the song was about sex. Songwriter Gerald Casale later explained that his intention was to critique the slogans of American optimism and was inspired by Thomas Pynchon’s Gravity’s Rainbow. Neither interpretation says “arcade” or “videogames” to me.

Contrast that with what is going on at the arcade. The kids – Dustin, Lucas, Mike, Will and newcomer Max – have an obsession with the Dig Dug machine and are competing for high scores. I am not a proponent of nostalgia as plot point, but this is a nice bit of foreshadowing for the events of the season. Dig Dug is a game about being chased through tunnels by monsters and, wouldn’t you know it, that’s also what Stranger Things 2 is about.

Another example. Late in the season, Billy, a character genetically engineered to be the apex of scummy 80s bully, is getting ready to go out with his girlfriend. As he’s primping, he has Metallica’s “Four Horsemen” playing. First off, Kill ‘em All wasn’t a widely distributed album in ’84 and Billy seems much more like a Van Halen douche rather than a burnout, but let’s put that to one side. “Four Horsemen” is about the riders of the apocalypse, which, as a commentary on Billy, gives him a bit too much credit and is an odd choice when the very next track on the album is “Motorbreath,” a song that perfectly sums up his character. “Don’t stop for nothing it’s full speed or nothing / I am taking down you know whatever is in my way” 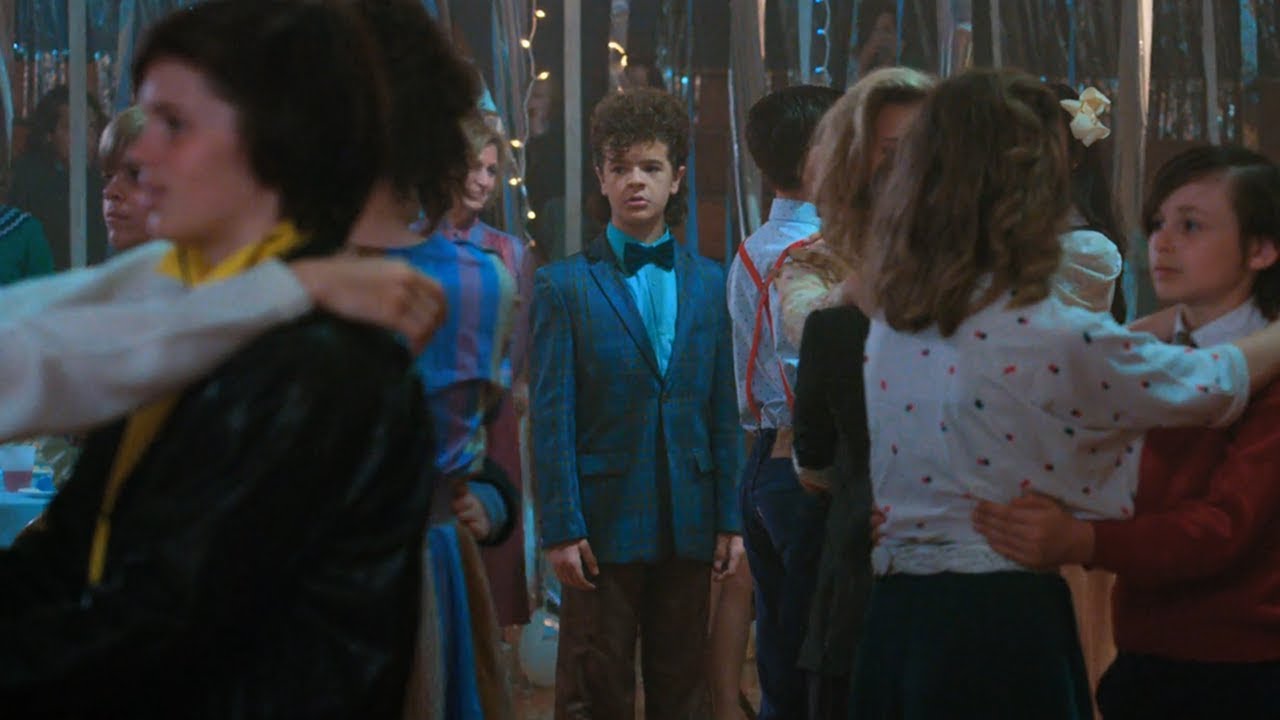 In Stranger Things, songs seem chosen expressly to jab you in the ribs and say, “Hey, it’s the 80s. Did you know? 1984. Eighties. We love that decade’s musical output, can you tell? Right? Yea.” Nearly always, the song selections sit at the very front of the audio mix, demanding you pay attention to them. Actors often wait around awkwardly for the music cue to end before they start their dialogue. Several times, one song crashes directly into another to no apparent purpose. It is as if the Duffer brothers forgot the breakout success of Survive, the creators of the first season’s score.

This is all the more frustrating because Strange Things 2 ends with a brilliant song cue. The epilogue is the winter dance and final song is “Every Breath You Take,” by the Police. As the final heartfelt character beats play out, I assumed that the creators of the show were among the countless fans who think it is a love song. You see, the soft, romantic vibe hides disturbing lyrics written from the point of view of a possessive lover – it is so sinister that songwriter Sting has expressed horror upon learning couples have used it as their wedding song.

But no, the show not only knows how creepy the song is, it plays upon the confusion that setting it to a mushy moment creates in a viewer like me. Then the camera rotates and we find ourselves in the Upside Down. That stalker song wasn’t playing for the kids; it was for the shadow monster hovering over the school, watching . . . every move they make. It is perfect.

There are 60 songs played at various times over the course of Stranger Things 2’s nine episodes. One tells a great story and a handful of others do some interesting character work. The rest range from forgettable to groan-worthy. There are dozens of shows and movies set in the 80s that use music to great effect – Donnie Darko, Freaks & Geeks, Halt and Catch Fire, House of the Devil (just one song, such restraint!), to name a few. Ever the chameleon, perhaps Stranger Things 3 can add those to the long list of things the show imitates.