“So you are Cooper.”

Philip Jeffries is performing, maybe, pretending as though he recognizes Mr. C. as the stalwart and steady Dale to ensure the former checks out the phony set of coordinates he’s about to receive. Moments later, Mr. C. is once again told he’s “Cooper,” this time by Richard Horne, brandishing a gun.

I’ve always understood the doppelgängers of Twin Peaks to strictly adhere to the first definition of the word: a ghostly counterpart of a living person. As in, one is real and the other is not, quite. It’s less good vs. evil as it is natural vs. supernatural. Dale Cooper is the embodiment of everything that’s good in law enforcement, America, and so perhaps, the world. He’s a true white hat who loves coffee, pie, donuts, giving a thumbs-up along with a broad grin. His eyes are bright lights, his suits sharp as tacks, his hair neat as a pin. He fixes things. Mr. C. isn’t so much the opposite of all that as he’s just not any of it.

In some ways, yes, he is Dale’s direct counter. His eyes are black pits and he refuses coffee when Andy offers him a cup in Sheriff Truman’s office. But if Mr. C. were merely Dale’s opposite, he’d be easy to predict. He’s not predictable, and it’s one of the most terrifying things about him. The way he toyed with Darya before he murdered her in the second episode’s run-down motel, neither she nor we knew when the killing blow would come. I thought he couldn’t get any scarier. That was before I saw him with Richard Horne.

Heading to the coordinates Jeffries provided, Mr. C. instructs Richard to run ahead to check them out. This is ultimately nefarious – he correctly suspects Jeffries of setting a trap and needs a rube to spring it – but there’s something of Dale in the way he coaches the younger man. His voice is clear, concise and, chillingly, kind. Again, this is probably just playacting. He needs the kid to trust him, after all. Hearing those dissonant notes in Mr. C.’s voice, though, makes me remember the way Jeffries hit the “are” in “So you are Cooper,” and I feel off. 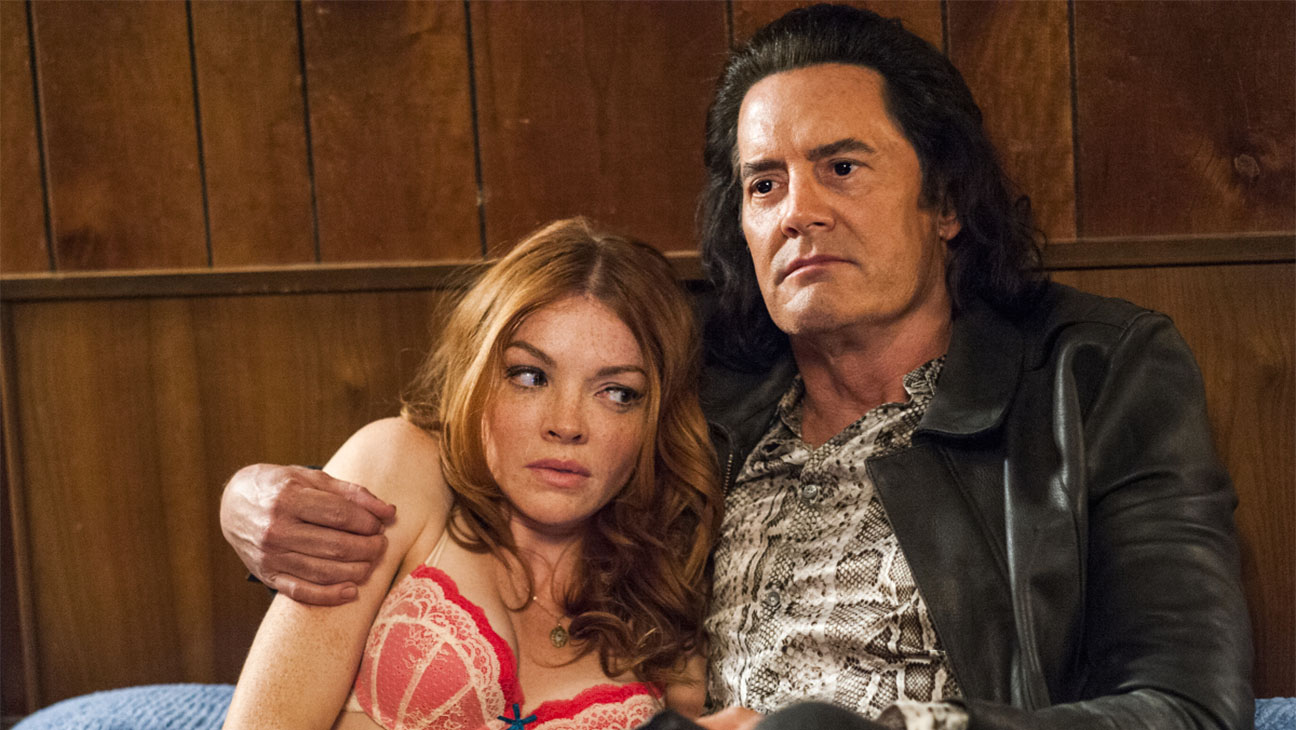 Later, dependable Dale and Diane are driving in the desert. Dale tells her to kiss him, explaining, “Once we cross, it could all be different.” Once they do make it across whatever cosmic boundary they’ve discovered, Dale seems distant. When they check into a roadside motel, he orders Diane to turn off the light in a flat voice. When he tells her to come to him, his voice is something more than flat. It’s cold. I heard Dale in Mr. C.’s instructions to Richard and now I hear Mr. C. in Dale’s commands to Diane. Now I feel even worse than off.

Diane isn’t exactly feeling on, either. They begin to make love (Dale Cooper fucks?!) and Dale’s face remains impassive. It’s too dark in the room to really see his eyes; they look black. Diane kisses him over and over again, searching for reciprocal warmth. He just stares. She touches his face, tender strokes turning into frantic pawing. She covers his eyes, his mouth. She tries to obscure his entire face. She cries.

The Diane we knew throughout most of Twin Peaks: The Return was a tulpa, a being created from a person’s spiritual or mental powers – another kind of not-quite-real doppelgänger. In this case, it’s suggested it was a physical manifestation of disassociation, created via trauma. Diane’s tulpa was destroyed in Gordon Cole’s office immediately after recounting her rape at the hands of Mr. C. “I’m not myself,” she said, right before winking out of existence. Remembering this while watching the real Diane weep and cover Dale’s face in bed is gutting.

In the morning, Diane is gone and Dale is behaving more closely to the good guy we met twenty-five years ago. He still walks too slow, though, and smiles less, and there’s a meanness that comes through when he’s forced to protect a diner waitress from some unruly customers. The men hardly deserve sympathy, but he shoots one of them in the foot when there’s no need, like he just wants to cause pain. It makes me think of Mr. C. disarming Richard Horne of his gun, quick and sharp and hard, as if disciplining a dog.

There’s something wrong with this Dale Cooper. He’s too worn, too real, too single-minded in his quest to “fix” Laura Palmer’s death. He’s doing good by behaving badly, and ruining things by going through the motions of being kind. He’s too like us, too like me. He finds a woman he’s convinced is Laura and drags her to Laura’s old house, where a stranger opens the door and explains she’s never known any Palmers. She’s the same woman who would answer if I knocked on the door tomorrow. 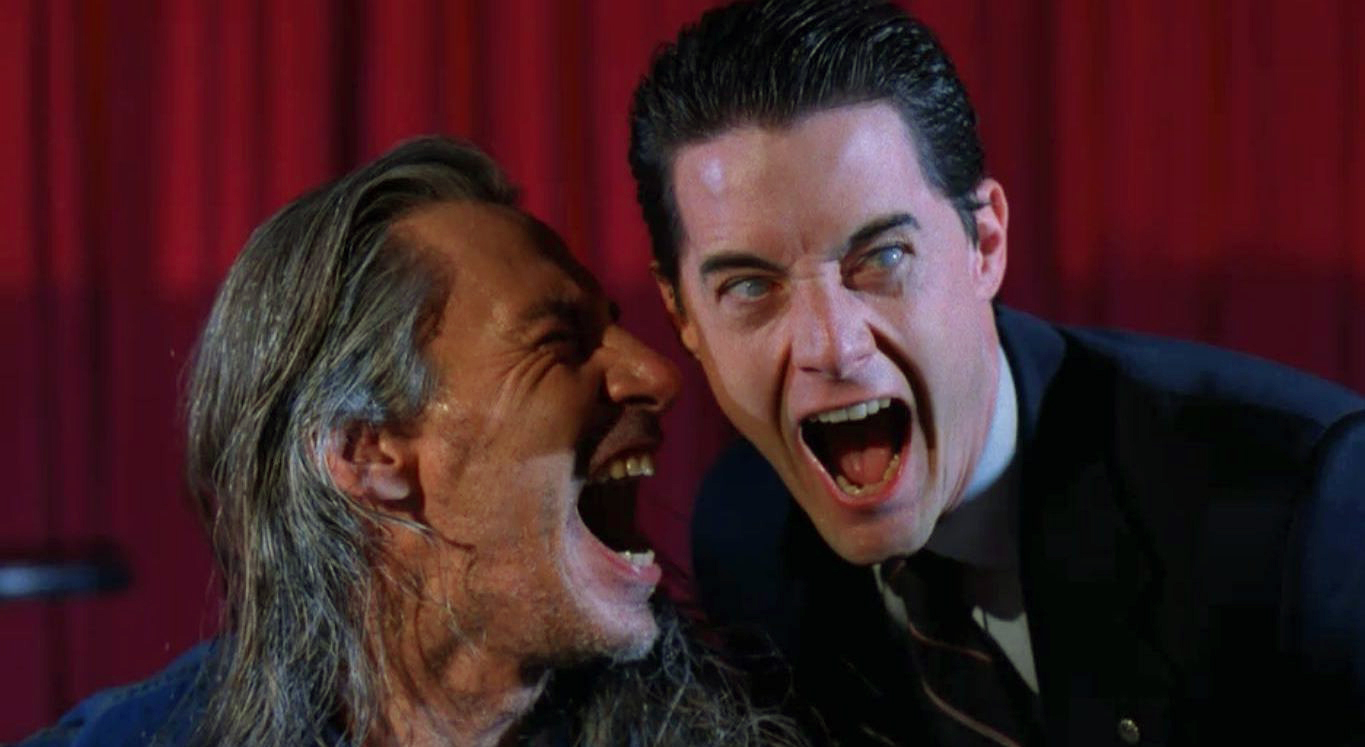 Dale Cooper is in my world and he’s grey, complicated, tricky. He’s Dale and Mr. C. and stupid, silly Dougie all at once and I hate it. I want him out of here. I want him back where he can drink his coffee, eat his pie, and send chipper voice recordings back to Diane. I want him to triumph, to fix everything. I don’t want him to be in a place where sometimes you can’t win, no matter how hard you try. Where the bad or scared versions of yourself aren’t apart from you, but a part of you. Where you have to carry them, no matter the burden. A place like that? Makes me want to scream.