The following is an excerpt from Unwinnable Monthly 93. If you enjoy what you read, please consider purchasing the issue or subscribing. Unwinnable continues thanks to support from readers like you. 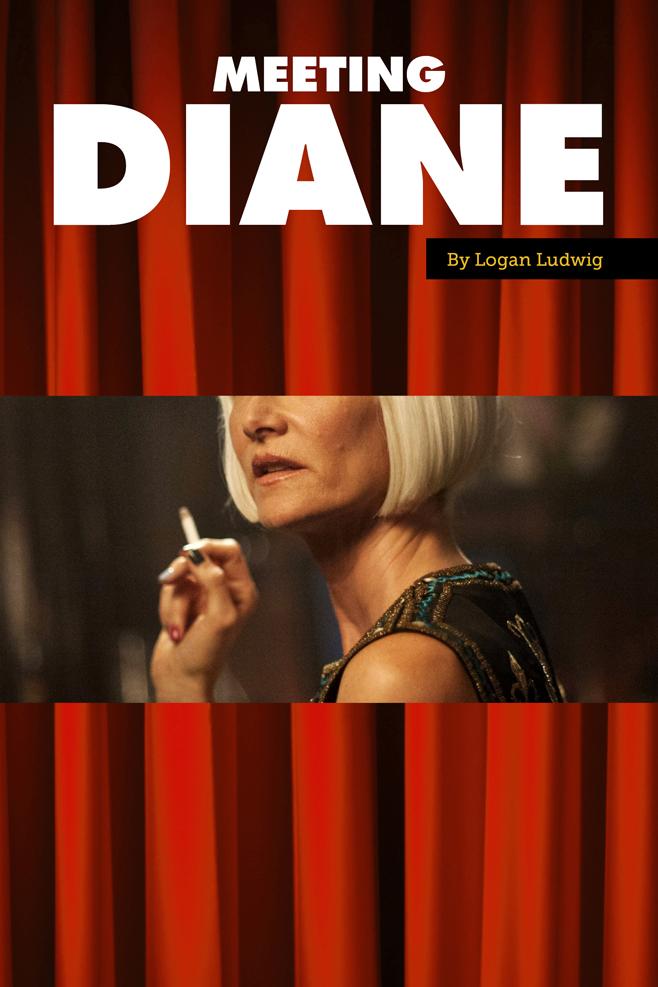 Many decisions made by Lynch and Frost reflect this drive for newness in Twin Peaks: The Return, but one in particular stands out. The appearance of Laura Dern as Dale Cooper’s long referenced, yet never seen, assistant Diane is emblematic of how adept Twin Peaks: The Return has been at confounding the expectations of fans while simultaneously giving them precisely what they’ve always wanted. Diane, as portrayed by Dern, is about as far away from the character as might have been envisioned.

Over the course of the original series Diane seemed to be more Cooper’s Girl Friday than a fully fleshed out figure in her own right [This viewer doubted she even existed at all – Editor]. She never appeared on screen, which made it all too easy for the audience to project their own ideas of what Diane is like onto the series. Using context clues and Cooper’s monologues, each viewer constructed their own unique version of Diane. In presenting her in the flesh in the new series, Lynch and Frost had to have known that they would need to grapple with the audience’s pre-existing perceptions of Diane, perceptions that the original series all but guaranteed would exist in viewers’ minds.

Logic would dictate that to counter this problem you could cast an unknown actor in the part. She would still look a certain way, but the audience wouldn’t be weighed down by prior associations or roles that they knew the actor from. They would be close to a blank slate which would allow the viewer to maintain at least some of their own version of Diane even if she didn’t quite look the part.

Casting Laura Dern does not accomplish this goal. Not only is Laura Dern famous and likely known to viewers for collaborating with Lynch on multiple previous films, but her portrayal of Diane is aggressive, sexual and none too happy to see Cooper’s fellow agents. She’s acerbic, sharp and sporting a stylish dress alongside a platinum blonde bob in her first appearance. Found sipping a drink in a bar, she tells off Miguel Ferrer’s Agent Rosenfield, stymying him. It takes Cooper’s old boss, Agent Cole, to cut through even a portion of her steely exterior, a task that takes more than a bit of effort. Cole and Rosenfield arrive at Diane’s apartment early in the morning as she sees off a lover. Once more, Diane’s not excited to have guests from the FBI and tosses off more than a few cutting remarks. Most striking though is when Diane gruffly states that she’s happy Cooper is in jail. It’s the last thing the viewer would expect from Cooper’s faithful assistant, but Dern’s performance and Lynch and Frost’s directing and writing carry it off and repeatedly remind viewers that this is not the Diane they had cooked up in their head.

Dern’s portrayal of Diane is big, but more importantly it’s specific. Diane is a clear and distinct character enlivened in the way that only Laura Dern could manage. It’s not a faceless performance meant to allow the viewer to hold onto their own interpretation of Diane. There are layers and complexities for viewers to sort through, yes, but the work to be done isn’t in projecting one’s own assumptions onto Diane. It’s digging through what’s presented and trying to make sense of who this woman is based on the available evidence. It’s anything but a silent appearance, which means it’s nothing like the way Diane was presented in the original series.

In short, she’s nothing like we would have guessed and that gulf between the idea that the audience had of Diane versus who she is presented as, is the space that Twin Peaks: The Return operates in. Confounding viewers, delaying gratification and dancing around the most iconic moments of the original series even as the show directly builds and pays off many elements from the first two seasons and film.

It’s a shock that is tough to anticipate.

Logan Ludwig is a pop culture obsessive who writes criticism to justify the immeasurable amount of time he spends playing games, watching television, sitting in dark theaters, reading comics and generally being an unproductive member of society. He is the author of Moving Panels: Translating Comics to Film.

You’ve been reading an excerpt from Unwinnable Monthly Issue 93.

Seeing Whilst Sleeping – An Excerpt from Unwinnable Monthly 94

Who Needs the Devil When You’ve Got the Lord?
Previous Post