This may sound sacrilegious to some music lovers, but the music of English indie rock band Alt-J—even with its frequent comparisons to Radiohead—never quite appealed to me. The band does have a distinctive sound that I think I can almost appreciate; their brand of quivering, abstract alt-rock is clearly shaped by an eclectic library of influences. Yet, the overt complexity in their music is something I can’t shrug off. Just not my cup of tea.

Nonetheless, the band’s upcoming album, Relaxer, seems like an intriguing experience, and I say this because I’ve played a strange web game released by the band just a few days ago. The game is very much inspired by a trippy exploration game called LSD: Dream Emulator. Based on a decade-long dream journal of its studio’s very dedicated artist, Hiroko Nishikawa, LSD: Dream Emulator features various hallucinogenic landscapes, marked by garishly bright colors and low polygon environments. 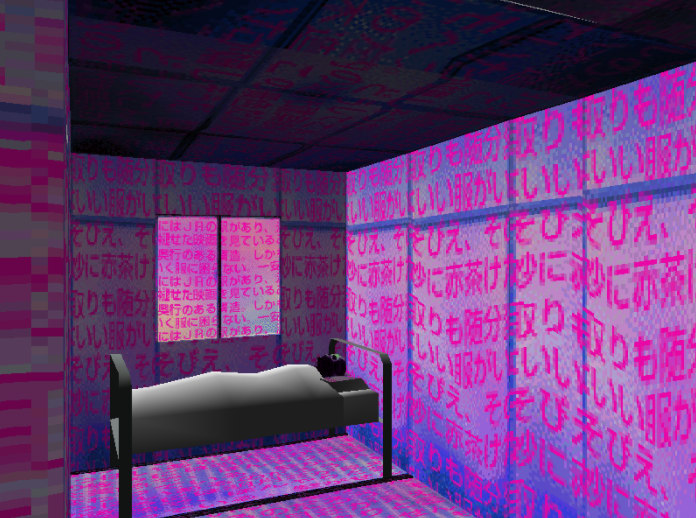 And like the Japanese cult classic, players are free to wander about in the psychedelic world of the Alt-J’s web game. Set to the soothing sound of the band’s lead single, “3WW”, there are a couple of sights and Easter eggs to discover. A blocky man can be found kicking lava-colored debris as the lyrics to the song materialize on a wall next to him. Walk towards a distant lighthouse and the soundtrack temporarily changes to the faint sounds of police sirens. Or uncover a 30 minutes playthrough of LSD: Dream Emulator when you run into an iridescent wall.

The web game isn’t a particularly fun one by any stretch of the imagination, but that was never the band’s intention anyway. Unlike a traditional game with a checklist of objectives to complete, it is mostly driven by the player’s own inquisitiveness to explore and experience. Fortunately, much like the Japanese cult classic it took its inspiration from, the game’s digital world is surreal and genuinely unnerving; I was expecting to come face to face with one of LSD: Dream Emulator’s infamous giant faces whenever I turned around a corner. It’s all rather unsettling, which I guess is exactly right up Alt-J’s alley, given their appetite for eccentric, discordant sounds.

Nonetheless, it’s fascinating to see how such endeavors can begin to change the conversations around videogames, and that they are gradually becoming part of a collaborative whole in an artist’s arsenal of expressions. One example is David O’Reilly and his experimental game, Everything, in which players can careen down savannas as a lion before transforming into another beast. Known first as an animator rather than a game developer, O’Reilly was keen to explore how the videogames can convey experiences that can go beyond the constraints of other mediums, such as film and music.

Try the game yourself on the band’s official website.