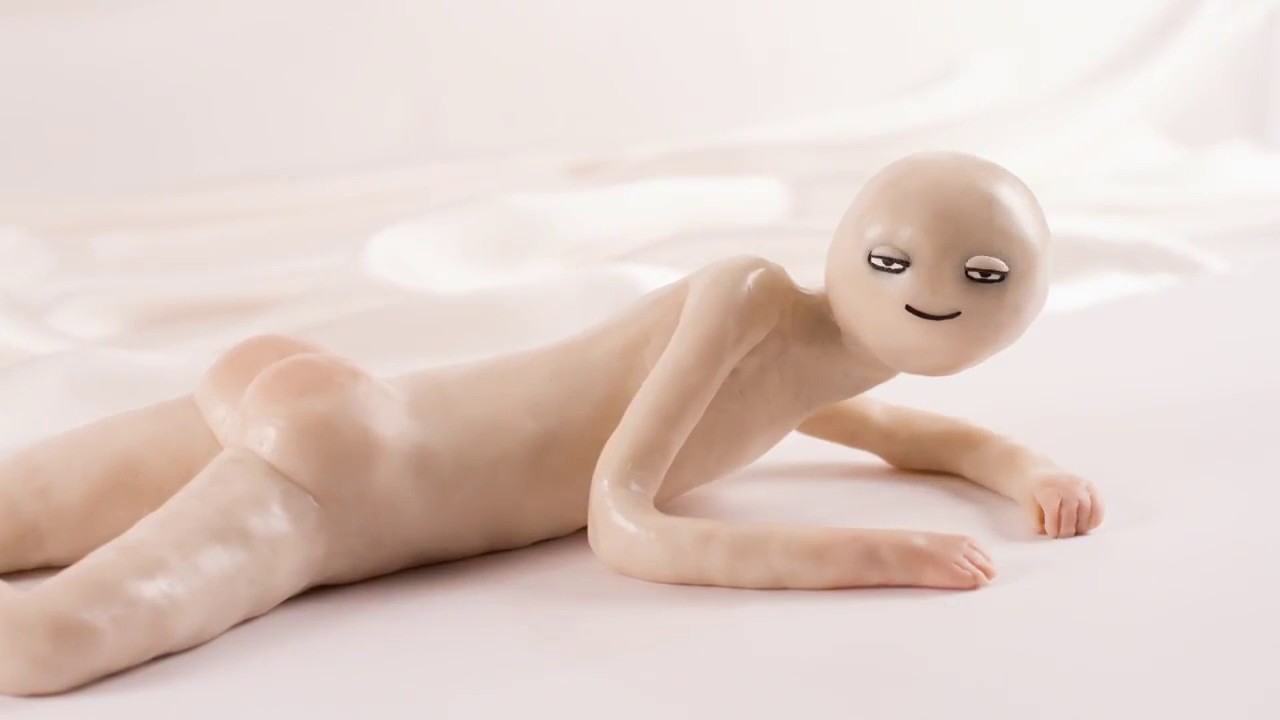 It’s a quiet little film, 2 minutes of a well rounded butt and a soft, thoughtful voice. Your first impulse isn’t wrong: it is a touch creepy. A claymation person lies face down, naked and on a bed, legs kicked up behind them as if you’ve caught them at a casual moment.

Kirsten Lepore has a habit of making interesting dives into animated shorts, and her latest (Hi Stranger) fits in well with the rest of her body of work. Her Vimeo is a collection of fascinating little oddities, but Hi Stranger hits a different chord altogether. On the one hand, there’s something oddly unsettling about it. It could be the direct turn to camera, the personal conversation that they are having with you, naked. Even with the directly stated permission to look at their butt it’s an intimate moment and you are, as they state, a stranger.

But to call it creepy would be to miss the real wonder of Hi Stranger. Because it doesn’t stay creepy, doesn’t dwell in that realm where Salad Fingers lives and continues to rot in hell. It feels intimate because it is, because you are drawn into this conversation with this eyebrowless creature who just wants you to know that you are trying too hard and they believe in you.

It’s OK, you can look at my butt

It’s like daily affirmations, but better because it’s coming from a stranger who loves you. Who wants you to do better, who is whispering in your ear that you are going to be ok.

I feel like I can be really vulnerable around you

Somehow Kirsten Lepore has created a character that, at first glance feels like a repulsion but by the end you are hesitant for them to leave. It’s that perfect moment at the end of a long night hanging out with a distant friend, where they’re about to head off in their car and you know you won’t see them for awhile, but you don’t want the night to end even though it’s 2 AM and the gas station across the street has shut down and the street is empty. It’s that moment, just in a naked person lying face down on a bed.

Take a moment. Watch the sunset with them. There’s time.