Maria the Virgin Witch often feels as young and naive as its heroine. The story of a young witch whose constant efforts to stymie the 100 Years War have earned her a curse from the non-interventionist archangel Michael that forces her to choose between her powers or ever having sex, it wants desperately to say so much about so many things. There are reflections on the injustice of war and the inherently violent nature of mankind; the worthiness of living for one’s own happiness before the happiness of anyone else; the responsibility of the powerful to the powerless, and even theodicy, to name but a few. It wants so badly to serve as its own gospel, but it never devotes enough time to them to provide insight.

They’re all dwelt on in one form or another, of course, with a thousand jokes about how Maria would “give her virginity to a dog” (a poor choice of words one hopes is more a matter of botched translation than ill-conceived entendre), a show-stopping monologue about what an unloving bastard God is and assorted diatribes about the nature of happiness, but these insistent mentions do nothing to actually explore these topics. Artist and author Masayuki Ishikawa’s efforts to create a story of layered themes and interconnected concerns never quite works because he seems unwilling to take a closer look and, worse, unwilling to really shape his story. 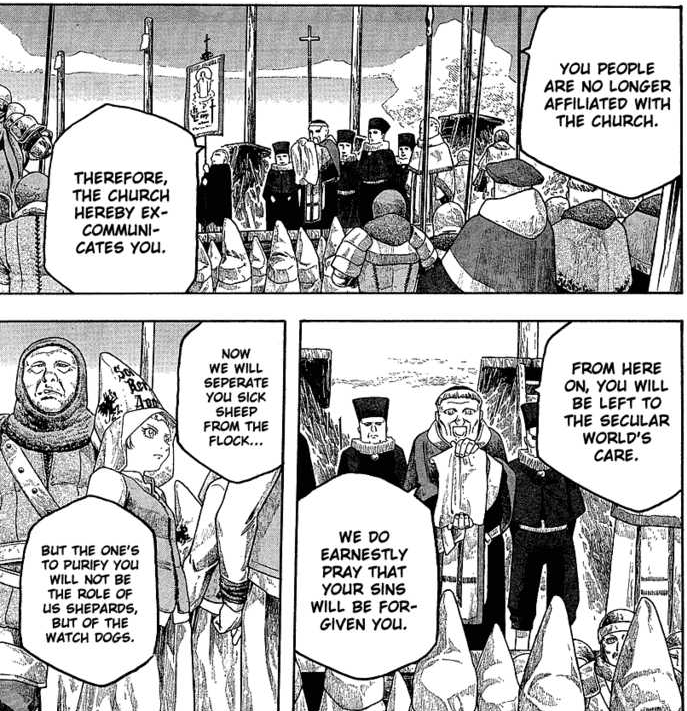 The entire affair is frustratingly vague. Though the series is set in the midst of the 100 Year War, the struggle between France and England is undefined, from the battle lines to the time frame, the politics and the major actors. Events seem to happen without cause or even effect: Ishikawa may have wanted to convey the senselessness of war but, then, everything else seems as unmotivated. The author provides so little a view of the consequences of war – the real human costs – that Maria too often seems to be breaking up rough housing between rambunctious boys than she is preventing slaughter and rape. Corpses are rarely shown; enemy combatants seem forever on the verge of clashing but few panels actually show what happens when they collide. Only a small, powerful sequence towards the end of the story that features Maria at the mercy of a brutal French general demonstrates a convincing depiction of war’s horrors and yet that is too soon over to register as anything but incidental, a visit from another series. Nor is the shape of the world terribly clear: Valkyries show up a handful of times throughout the tale, as do goblins and dragons, but they appear only rarely, and their connection to Michael and other supernatural entities is never quite clear. What does this mean for the daily lives of people very much aware of the existence of Gods and demons? What, exactly, is the religious structure of this world?

More importantly, what, exactly, is the thematic structure of this world? Ishikawa never seems quite sure. All of Maria’s frustration with her virginity are played as throw-away gags; consequently, it doesn’t register that Michael’s ban is itself anything but a gag and so the core conflict of the series ends up feeling like a joke that we should laugh about until, suddenly, it is of history-making concern. Not that there is any way that Maria’s decision to choose her own happiness at the cost of literally thousands of lives could ever feel like anything but a joke. It’s important one define a reason for living as the series suggests, yes, but it’s hardly a prerequisite for realizing that mass-slaughter is wrong, or to understanding that those with the power to stop such slaughter might have some obligation. Nobody raises this objection to Maria, though; in the end, her tacit condemnation of so many lives is played off as something to celebrate. An ode to independence. 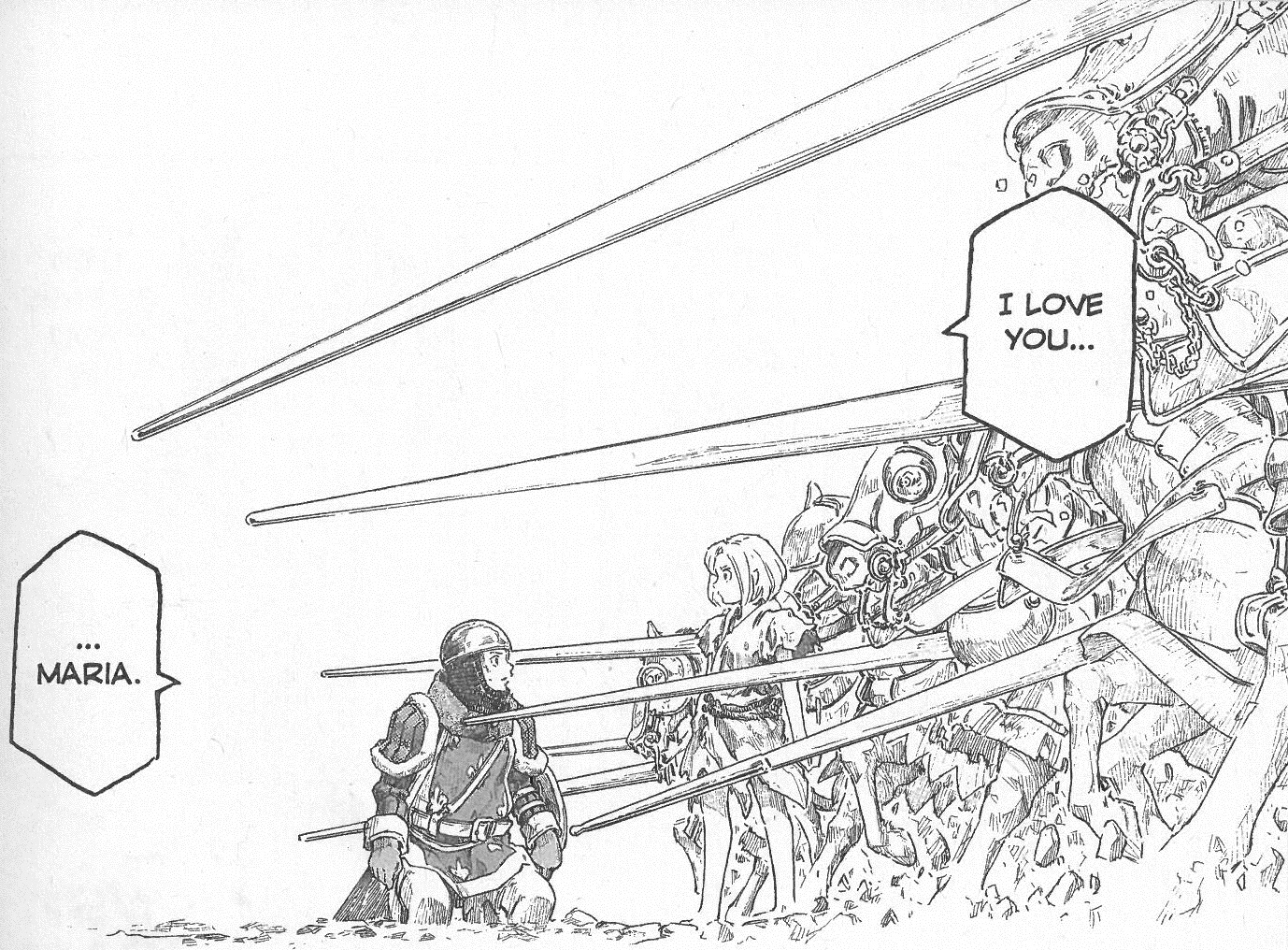 Yet, oddly, the author almost makes Maria the Virgin Witch’s many flaws feel justified by way of an unparalleled warmth. Because there is something inviting about Maria, something familiar and friendly that captures the kind of easy friendships and family chemistry that make slice-of-life series like Yotsuba!, Flying Witch and K-on! such a delight. The tiny family unit Maria has cobbled together between her familiars Artemis and Priapus, the angel Ezekiel, the flower girl Anne, the soldier Josef and various witches may never feel quite earned, yet their interactions all feel entirely genuine. Ishikawa has a sense for voice and for behaviors that effortlessly emulates the playfulness of squabbling siblings and concerned parents, that perfectly captures the web of dynamics that make up these kinds of fractured households; meanwhile, the expressive art and often gorgeous background work lends the woods Maria lives in a homely feeling and the larger world a lived-in-concreteness otherwise so absent in the narrative. Most importantly, even at their most cliché these characters radiate a sense of humanity that often obfuscates how little there is happening at the story’s deepest levels.

It’s a welcome illusion, and often an effective one, but ultimately one that is detrimental. Maria the Virgin Witch has points it would love to make about the human condition, but the humans it shows us have an entirely different story to tell about the warmth and beauty of the world, a story so loud and resounding that it drowns out the story Ishikawa wishes he was telling. There are worse things a story might be than divided, of course, but it seems a shame that a story so adept at making its characters feel human should accidentally make their joy – delightful as it is – seem foolish, tiny, and as unimportant as Michael often stresses it is.