I never had much time for the Harry Potter series as an adolescent. J.K. Rowling’s phenomenon hit American shores just after I’d started dipping my toes into hard sci-fi and Tolkien’s world, and so next to the dynastic tragedies of House Atreides and Turin Turambar the boarding school squabbles of teenage wizards seemed utterly microscopic. Chances are I never would have read it if a recent date hadn’t been insistent that I’d not only missed out on a 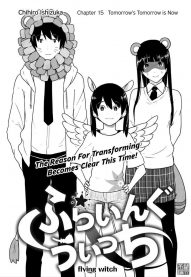 formative part of my childhood but on a modern cornerstone of fantasy literature. I was promised that, if nothing else, I would enjoy the chance to escape from a city that was clearly wearing me down to the nub.

There’s a point in the third volume of The League of Extraordinary Gentlemen where Mina remarks that an obvious Hogwarts facsimile is “perhaps…so awful” because it “mirrors the real world,” a point that seemed snide before I read Harry Potter but which strikes me as the only proper response now. What greeted me was no exit, but a magnification of everything in modern life I found nightmarish. Rowling’s world is perpetually a-clangor, everything in constant and nauseating motion: the letters on the newspaper shift and reorient themselves ceaselessly, paintings squawk at their observers, the faces in advertisements leer and wink and mug for the camera, cars sputter and screech as they whiz by chugging and rickety trains. Why this should be isn’t ever clear; is magic, like so much of digital technology, only useful for filling the world with noise and distractions and inanities?

Even teleportation, which should be a silent and instant affair, the realization of effortless and bodiless travel, is a dizzying rush of compressed persons careening through constricted spaces. Why take a dull ride to nightmarish Times Square on the delay-fraught A-train when you could disaparate to manic, cluttered, horrible Diogon Alley in seconds? Or, at least, read about this stomach churning adventure? Why bother working on any of the thirty-plus reviews due for a crash-course project when I could read page after page detailing the homework and tests undergone by Harry and the rest of his elitist friends, all of them dedicated to upholding a meritocratic fantasy the books pretended to rail against? Why not escape from one modern hellscape into another that hides its ugly face behind an appealing bit of magic?

So it was that the third volume of Flying Witch came as such a relief. While I’ve complained in the past that it’s badly in need of some kind of thematic focus, of humor with more bite or wit than its single-minded interest in what’s cute could provide, now this stillness plays as a small, almost zen escape. What’s magical here is nothing loud, nothing that demands attention constantly. The daily newspaper that greets witches every morning is not at all like the shambolic 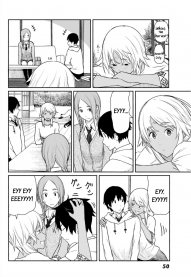 mess that assaults the senses of the Rowling’s wizarding world with daily updates on lurid crimes and nonsense, but a simple bit of newsprint that informs readers of the arrival of a truly magical looking flying whale without any ceremony. The mysterious denizens of this liminal space aren’t grotesque monsters or frightening abominations so much as ethereal spirits and mundane animals with an extra dollop of intelligence who trick readers into believing that this bucolic corner of the world could exists.

Time moves – characters remember past encounters, small developments in one chapter come to literal fruition in later – but so languorously and with so little direction that whether or not its crawling forward in time or back or simply doubling back over earlier tracks seems irrelevant. Inukai might owe Makoto a fortune reading, but the charm of this encounter won’t be lost on the unfamiliar reader. Little is lost on the audience that here watches Makoto and Nao’s first attempts at farming that didn’t also witness Makoto and Nao’s first encounter with a mandragora root back in volume one; the appeal of Chirhiro Ishizuka’s work is precisely that it exists apart from almost anything that could prove troubling. This is escapism as a kind of isolation, as a lazy nap in the middle of a field you’ve told no one you’re visiting, escapism as a disconnect from anything and everything. Brilliantly, though, this kind of spaciousness allows for those moments of greatest beauty to truly stand out; there’s no other two-page spread in recent memory quite so lovely as that of a ruin-dotted flying whale passing over head, but its impact would be lost in any series even a bit busier, or even any series more precious about its approach.

It’s odd that earlier volumes would emphasize the idea that magic is inherent in noticing the mystical quality of one’s surroundings when its greatest strength is in showing readers what is decidedly absent from their every day. Certainly it’s possible that Ishizuka hails from such a paradise, but I’ve lived in some of the quietest country on the planet, and on most days that solitude can be crushing; the lack of appreciable change leads to a dulling of the brain 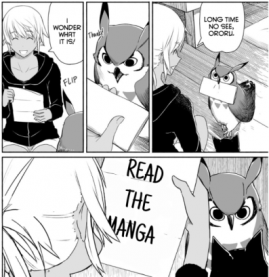 and a restlessness that would drive you mad. Similarly, I’ve lived in three of the busiest cities on the planet, and each quickly proved so ugly and wearing and aggressive that the promises of Flying Witch can seem almost cruel. It promises a kind of beauty hiding in the world – unassuming and small and silent – that doesn’t seem to exists anywhere beyond its pages. It’s a brilliant little feat of fantasy but because of this strange disconnect it’s one that is easy to take for granted and one that, honestly, needs to do better.