Recently,  I decided to give PLAYERUNKNOWN’S BATTLEGROUNDS a shot because a game can only be at the top of the Steam best-seller list and Twitch most-watched list for so long before you begin to suspect that it might have something to offer beyond memes.

Indeed, that is the case here. For those who don’t know, BATTLEGROUNDS – yes, the broken caps lock style is grammatically correct – is a survival multiplayer experience in the style of H1Z1: King of the Kill and The Culling. If you’ve never played those games, imagine a digital version of Battle Royale or The Hunger Games.

From the outside looking in, it’s hard to see what’s so fun about this concept. After all, those fictional events were designed as an elaborate punishment for the participants. To be honest, there really isn’t anything fun about the basic scenario BATTLEGROUNDS offers which is, strangely enough, part of the reason why this game is so very enjoyable.

Confused? So am I. I’ve sunk around 20 hours into BATTLEGROUNDS so far, and I wouldn’t say I’m making real progress so far as my skills go. The game’s mix of resource-based survival and random item placement means that you are sometimes left playing a bad hand, but mostly, my failures are my own.

See, you’re going to encounter people who treat BATTLEGROUNDS as a hardcore shooter and are determined to be the best in the world at it. You’re going to encounter groups of players who are way above you in terms of overall skills and will trounce you on sight. In other competitive multiplayer games, such actions would typically alienate players.

That’s not really the case here because BATTLEGROUNDS treats unwinnable scenarios as part of the experience. The entire idea behind this genre is that you are not going to survive. You’re going to try to survive, and you’re sure going to try to take some people down with you, but unless you put the pressure on yourself to do so, you’re not expected to actually “win” the match. 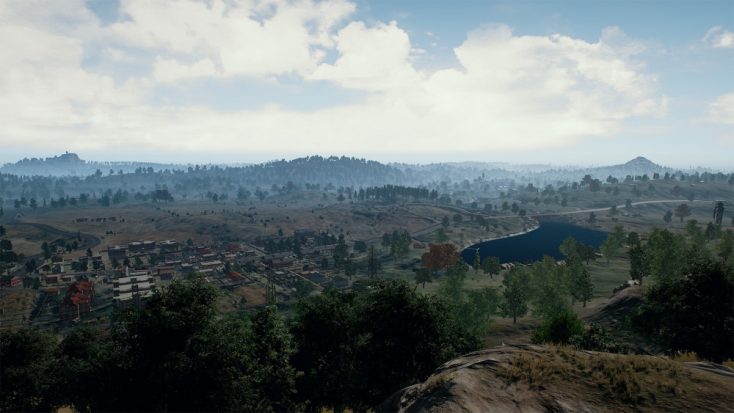 You don’t realize how refreshing this approach is until you also realize that the vast majority of competitive gaming experiences depend on winning being a huge chunk of the fun factor. In BATTLEGROUNDS, your most memorable matches are rarely the ones you do well in. More often than not, they’re the matches in which you find a particularly nice pair of pants before a sniper picks you off from behind the hood of their jeep.

But again, that’s OK. It’s OK because BATTLEGROUNDS derives much of its personality from the ticking clock that counts down towards your death. Those highly skilled players that plague some online multiplayer game? They’re part of the strange pseudo-PvE experience the game curates. They are there to contribute to the memorable experience of trying to survive for as long as possible under the weight of crushing inevitability.

Who knows? Maybe BATTLEGROUNDS is even more fun once you start to reach a point where you feel in control of the outcome of every match. Since I’ll likely never reach that point, though, I’m left to reflect on how little I care if I ever “git gud” at this game and how impressive it is that developer Bluehole, Inc. have crafted a competitive online game where winning is just part of the experience.

Rend Wants to get the Team Back Together
Previous Post