I remember one time around seven years ago, a friend of mine introduced me to “Amazing Horse”, a short animated video about a woman, a horse and this tiny man with a moustache singing a bizarre and suggestive song. Since then, I’ve witnessed many of Weebl’s animated videos, which often stand out due to their catchy music. But there was one special case that served as the starting point of a whole new path, a path that soon became something bigger, something akin to a new project.

Indeed, Jonathan “Jonti” Picking, the mind behind videos like “Badgers”, “Russian Dancing Men” and “Narwhals”, found a new way to expand his creativeness in a very peculiar way. Weebl, as he is also known, turned into a virtual character by the name of Roscoe Thunderpants, the lead singer of Savlonic, a band that was soon joined by singer/keyboardist Evangeline D’isco (a.k.a. Sarah Darling, Jonti’s wife) and backing vocalist/drummer Kandi Flaus (Katt Wade). In Gorillaz fashion, the three new bandmates embarked on a long road that, unexpected to them, captivated millions of people around the world.

Savlonic started as just another video from Weebl, but it somehow felt very different than his previous work. While “Electro Gipsy” carried the essential elements seen on previous videos, the three digital bandmates were there too, materialized in the same artistic style as the nomad of the title. Later on, they released a second hit called “Tiny Japanese Girl”, which was the final step to becoming the Savlonic that is known today. “Wandering Eye”, their third song and the first I heard from the band, set the foundations for both the artistic and musical style that would lead to their first album.

Almost three years after the release of “Wandering Eye”, and after the release of “The Driver” (2012), “Computer Guy” (2013) and “Spelunker” (2014), Savlonic launched a Kickstarter campaign for Red, a planned studio album. The campaign was successfully funded in only 14 hours, which not only granted the band the financial help they needed for recording and mastering the album, but also led to the creation of CDs and Vinyl editions.

The lyrics, the rhythm and the animation have evolved considerably over time. And while there was still humor, it became a subtler element in the, overall, more serious tone of the newer videos. The bandmates also gained personality, shown in small details like the quietness of Kandi, the hairstyle of D’isco or the uniform of Rosco, which later became an icon of the band (alongside that tiny moustache of his). Considering the lead singer was first portrayed as a giant dinosaur, watching this progression was amazing. 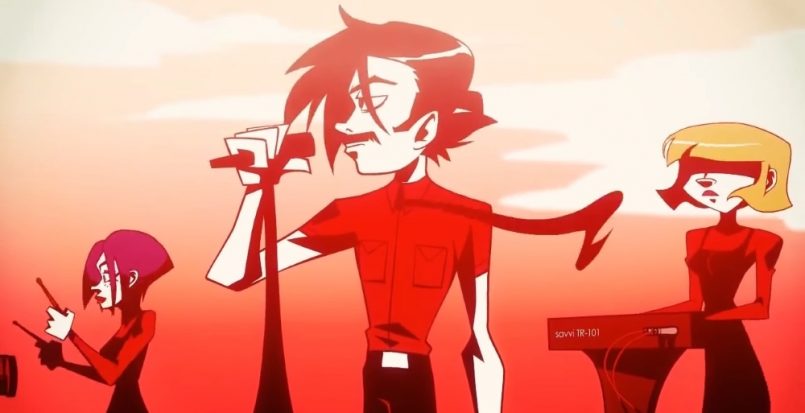 The popularity of Red lead Savlonic to get involved with many other artists, including Eqavox, Rob Scallon, Mikko Lahti, Aquila Destruction and Lil Deuce Deuce, the last of which is known for making remixes of the Red album. This involvement with remixers is clearly seen in Savlonic’s second and latest album: Neon. Neon replaced Savlonic’s usual Synth Pop with Synthwave, and the front of the album introduced a new color palette and new character designs.

For the first time, all the songs told a chronological story, initially represented in two videos: “Broken” (2016) and “Hi-Lights” (2017). The first one, referring to its title, showed the band fighting amongst themselves and, eventually, finished with Kandi in a stolen car, running from everything. Meanwhile, “Hi-Lights” depicted this easy way out, but also the uncertain future of the band. But then, all of the sudden, Katt Wade’s character is abducted by an alien ship, leaving us only with a “To Be Continued” message. The next songs give us a scope of how the story unfolds; however, a promised 10 minute special video will showcase what truly happens to these characters in the journey that is Neon. 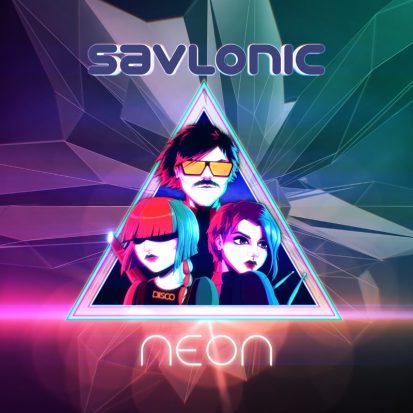 Even though both albums launched through Kickstarter, they are remarkably different. Neon, for example, added even more artists to contribute in the album, with a total of eight remixes. Rosco even released a standalone EP including 5 songs of the same 80’s synth style, which are entirely instrumental.

Perhaps the most important difference between the two albums were there receptions. While Red was very positively received, Neon didn’t do as well. There may be many reasons for it: the change of styles, the growth of YouTube at the time, or merely the fact that people were more interested in the remixes.

Perhaps it’s not about the views anymore. Savlonic proved it could be a real band a long time ago, a group that, thanks to the support of its fan base, achieved the release of two albums followed up by live performances. Now they’re present in many channels through all the artists that worked alongside them. And, while they may not be the same viral phenomenon when it comes to viewership, they knew how to leave a mark and remain a sensation for many years.

Even if they eventually decide it’s time for them to go their separate ways, I will always remember how they went from being a YouTube viral sensation to being an actual hit in the music industry, without ever forgetting their roots. And deep inside, I’ll always be waiting for a new song.

Diego Nicolás Argüello is a journalism student, frustrated bassist and Scott Pilgrim worshipper. He wanted to leave a mark in the world, so he became a writer. He learned English thanks to video games. When he’s not playing or reading a book, you can find him rambling on Twitter @diegoarguello66