I was aware of metal before then. It seemed cool, and a bit dangerous. In one of the bathroom stalls in my elementary school, someone had written in black marker, “Metal is my church, Judas is my priest and Ozzy is my God.” I had just enough Sunday school and Dungeons & Dragons under my belt at that point to recognize delicious sacrilege when I saw it. There were two older boys, a few grades ahead of me, who had longer hair, denim jackets and surly dispositions. We called them burnouts, without any understanding of the word. They scribbled pentagrams and the names of metal bands on their notebooks – and were likely responsible for scrawling graffiti in bathroom stalls. There were probably news reports, too, and parental grumblings of disapproval, but that was just a buzzing background noise.

All this contributed to the allure of heavy metal, but it took a little while before I actually heard heavy metal. My first heavy metal cassette tape was Guns N’ Roses’ Appetite for Destruction (I still don’t quite understand my parents’ thinking on that one, so many cuss words!). Metallica’s Master of Puppets and Iron Maiden’s Number of the Beast followed soon after.

There is a weird alchemy to taste. I think about this a lot – the whys and hows of aesthetic enjoyment. Why do we like the things we like? Why do our original opinions wax and wane and revive over time? Why do they feel so certain, only to crumble apart at the faintest interrogation?

When I was a kid first encountering heavy metal, scarcity was the predominant evolutionary trigger. I had no siblings, no disposable income or even agency of my own, so what I liked was dependent on the vagaries of what I could convince my parents to buy for me, what the stores they went to stocked, what my friends and their siblings owned and so on. Thus, despite the bathroom stall’s call to worship, I never had access to Judas Priest and only delved into their output in recent years. 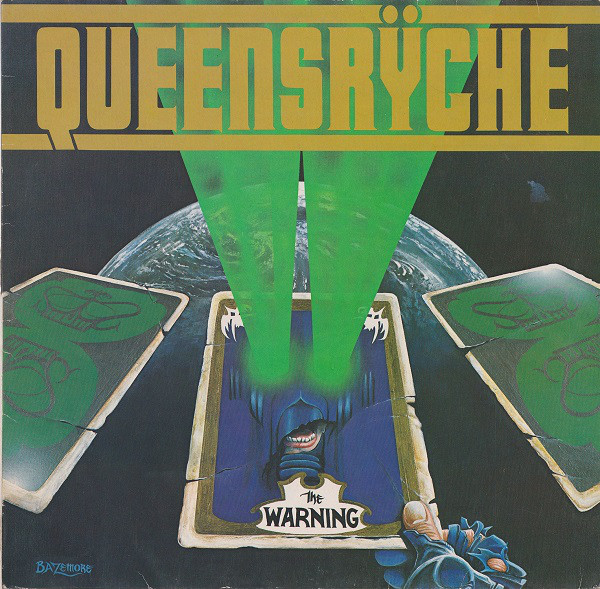 I received Queensrÿche’s first album, The Warning, as a Christmas gift from a friend of the family. I had never heard of Queensrÿche, let alone asked for one of their albums, so I have no idea why it wound up in my hands. It isn’t a very good album – in fact, even Queensrÿche can’t stand it. At the time, though, I only had so many metal tapes, so I listened to it. A lot. I have such an enduring fondness for the album, despite its mediocrity, that I gladly paid $3 for it when I found the LP in a bargain bin a few years ago.

In other words, my early metal education was down to blind chance. Which is a noble enough circumstance, when you consider the ancient foundations of human aesthetics developed largely not out of merit, but through the luck of survival.

Yet, even when I could exert more control over what I listened to, the results are baffling. Let us explore the case of Ozzy Osbourne. Ozzy, of course, is fairly baffling on his own, having the reputation for being both a prince of darkness and hea

vy metal’s court jester nearly simultaneously over the years. He exists in my mind as Aleister Crowley as portrayed in caricature by Mr. Magoo. 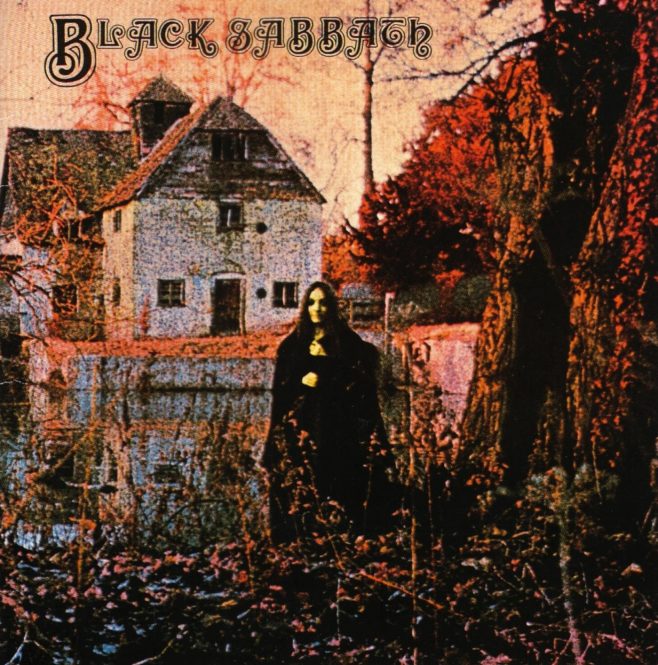 Black Sabbath is generally acknowledged as the first heavy metal band, but with the exception of a few classics (“Paranoid,” mainly) I found them tediously slow and their songs interminably long. Aside of the key singles, Ozzy’s solo career remained a mystery to me until I wound up with a copy of No Rest for the Wicked in middle school.

It is impossible for me to critically evaluate No Rest. I listened to it so much that it is ingrained in my brain – not just the songs themselves, but my

ideas of the songs and how I reacted to them at the time. As the first album featuring Zakk Wylde on guitars, I suspect metal snobs consider it the beginning of a long decline for Ozzy. My cold intellect probably agrees with that assessment, but my inner 12-year-old is singing along so loudly that it drowns out everything else. It was a lot easier for me to dismiss the next album, No More Tears, as metal-tinged bar rock. And thus my early interest in Ozzy came to an end. 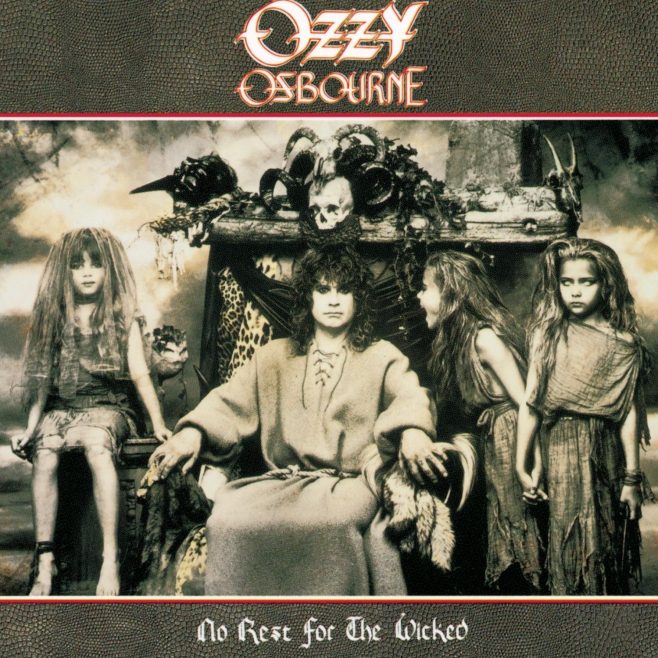 Around 2012, though, I found myself with a growing interest in doom metal. A lot of doom takes its cues from Black Sabbath, so I revisited their catalog and holy crap. Slow, yes; long, yes; incongruous groovy sections, yes; but heavy as fuck and full of panic and menace. Nearly 50 years later, the song “Black Sabbath” is still a dark and delirious delight. Across the first six albums, you can see mileposts for the entire history of heavy metal to come. Sabbath’s influence of heavy music can’t be understated.

Now that I finally got Sabbath, I figured I should revisit Ozzy’s solo work. He always cultivated a diabolical persona – this is a man who once (accidentally?) bit a head off a bat, after all – and dealt with several accusations of Satanism over the years. So I went through his albums up to No Rest for the Wicked (I am all for expanding my horizons, but I have my limits and post–Ozzfest Ozzy is one of them).

Aside of “Bark at the Moon” and “Suicide Solution” I found it all to be unlistenably corny. “Crazy Train,” a song I once liked, had been irrevocably damaged by a Honda commercial in which a car full of childr 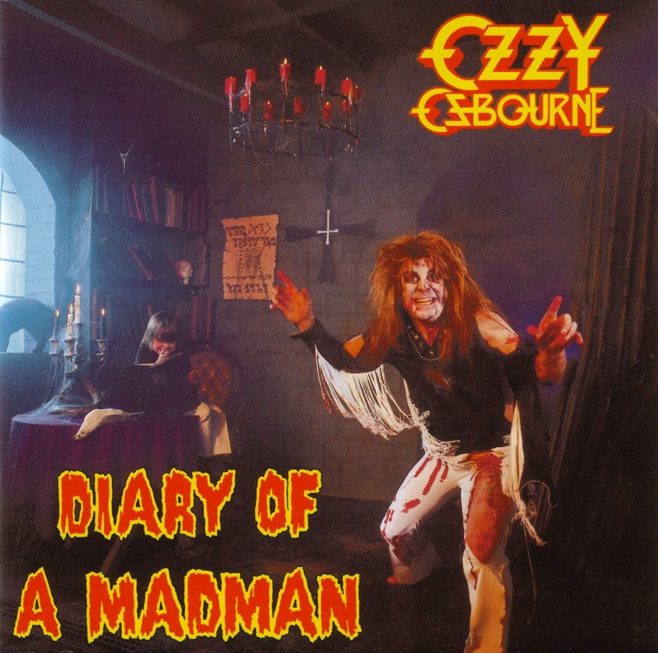 en perform an a cappella version (it’s horrible). The darkness that infuses so much of Sabbath’s output is here replaced by a bright party rock s

ound infused with enough vague occult themes to maintain some semblance of an edge, a slightly spookier breed of hair metal. I settled into the idea that Ozzy was a bit crap. Sorry, bathroom stall of my youth.

A few weeks ago, my pal Josh threw on his LP of Diary of a Madman during our regular board game night and what’s this? I loved it. What’s more, I loved it because it was corny. I went back through the other early Ozzy albums and found a lot to like. What happened? How did I get this wrong? That Ozzy is corny, or at least self-consciously campy, is right there on the covers, which have a strong Hammer horror vibe, what with Ozzy dressed in a variety of costumes spattered with bright red blood. You can’t look at the cover of Diary and honestly think this is a man who wants to be taken very seriously.

I tend toward seriousness in my tastes. Laughter is fun and all, but I find it fleeting. I much prefer weighty dramas that give me something to chew over in my mind long after the initial experience has passed. This is generally true of the music I like as well, and metal as a genre is one that tends to take its self seriously to the point of parody, so it is a good fit for me. 2012 was a moody, serious year for me – I was stuck in a job I hated, my financial situation sucked and I was still getting over the untimely death of my father two years before – so of course I bounced right off of Ozzy’s cheeseball caricature of a prince of darkness. I was looking for music that sounded like the storm inside my head. 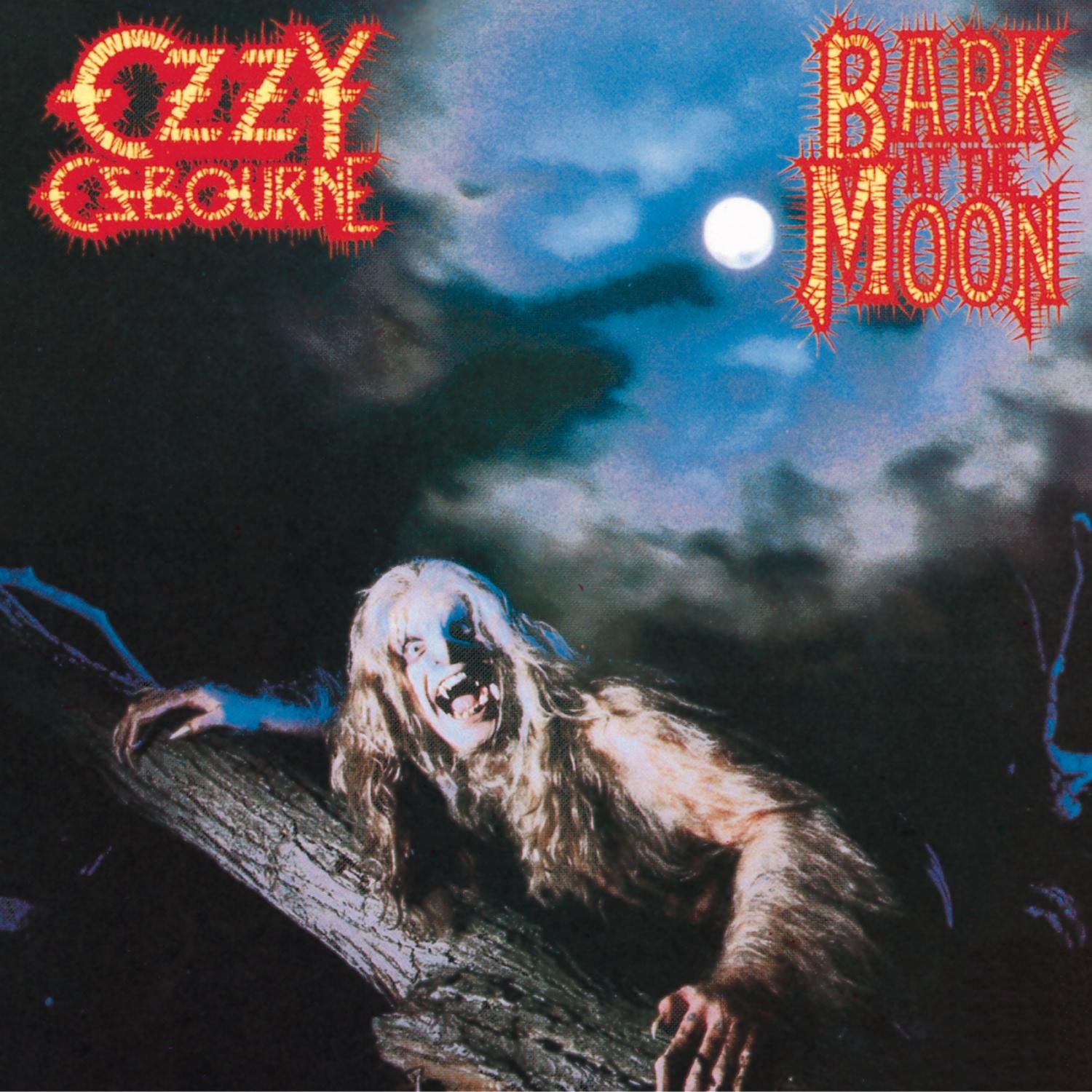 Now, though, I’m feeling it. I just put together a lengthy playlist of the Ozzy songs I like. I will probably play it a lot over the next couple of weeks. It might get trimmed as the appeal of certain songs wears thin. I might circle back and add some that didn’t make the cut this time. I’ll eventually forget about the playlist, then a year or two from now, the spirit will move me again and I’ll dig it back out, or remake it entirely. Or I won’t. Who knows?

Creativity, in any medium, is a process. It takes time, trial and error, revision and collaboration. But when I receive the result, it is fully formed. I can’t see the labor of creation because it is obscured by the nature of its completeness. Because of this, creative works seem as if monoliths – unchanging, enduring time. I tailor my opinions to suit, carving them from a single stone and setting them on the landscape. “Ozzy Sucks!” says one monumental stone. “Sabbath Rules!” says another. Now here I am over here with a chisel and sledgehammer.

The music hasn’t changed, I have. I change every day. Minute to minute, even. Taste, then, must be the product of a process as long as involved as creation. Longer perhaps, and dependent less on what a creative work gives us and more on what we bring to it. Opinion courses as a river does: bending, flooding and withdrawing, moving ceaselessly. We seize on it, and fix it in our minds, a mental snapshot.

Then we blink, and it has changed.

Deadly Drinks – The Story of The Chemist’s War