For the moment, my dreams have been dashed.

The Legend of Zelda: Breath of the Wild is easily one of the series’ best entries. There’s nothing even particularly “Zelda” about it except for the title as it does away with many of the generic conventions of the series. Many are claiming it’s one of the best games ever made, bar none.

And I think that’s where we’ve all gone wrong. My dream was for the Switch to blow up the gates to gaming, to be open to as many people as possible. Instead, one of its best launch titles is the gates incarnate.

Breath of the Wild is one of the most inscrutable, “gamey” and inaccessible games this side of Shadow of the Colossus. It’s almost like Oscar bait. It’s a game designed for those who have bought in the most. It’s made to be loved by people with foreknowledge and appreciation for the small subtle touches. It puts it in the same thematic category as Orange, Red, Yellow or Citizen Kane. Brilliant but mainly appreciable to insiders.

The problem of this isn’t that the game is “bad” or “not fun.” The issue is that it’s lack of accessibility and content seems to have gone unnoticed by most. Breath of the Wild wants you to explore and to experiment. It wants you to try and rub its metaphorical sticks together to see if you get fire. That’s brilliant but it also requires a level of fluency that can’t be expected of just anyone.

Unfortunately, experimenting early in the game while diverted from the main quest can be painful. Take, for example, cooking. Cooking is explained by an old man living in the woods by himself potentially hours after the first cooking station is found. How was I supposed to know that I needed to “hold” items in my inventory before I could cook them?

Less troubling is learning how to tame a horse. Those people stand beneath a massive horse head shaped pavilion. But what if I chose not to talk to them? Does the game teach you anything about husbandry without them? How would anyone off the street, or worse, a child, know to sneak up behind them and then soothe the horse when it responds positively? 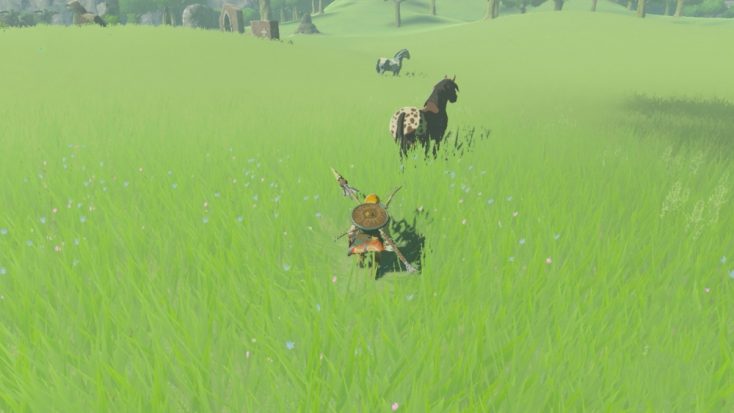 Many have acclaimed this game as a return to the Zelda of yore. In large part, that’s correct. It’s a return to the difficult, mind boggling Zeldas of the past. But those games had manuals with (poorly translated) clues. There was even a hotline for when you didn’t know what to do.

Ultimately Breath of the Wild is Zelda’s best interpretation of Shadow of the Colossus. Not just for the larger than life scale and sparse sound design but also its harrowing simplicity. It’s at once phenomenal but also a mostly empty world that reads as “vast” as well as it does “drab.” It’s easy to get sucked into this world because it demands you work a little to find something interesting. But that work can get exhausting when your time is short and you want to see something.

Breath of the Wild will win awards and become one of the most lauded entries in the series. There’s no doubt of that in my mind. It deserves to be. But it’s an insular journey into the heart of what it means to be a critically acclaimed game and in the process, hardens its heart to the world at large.