There are so many overt religious references throughout all of the games of the highly-celebrated Zelda series that it would be hard to not explore them and extrapolate meaning (assuming there is one).

For the sake of context, I grew up in an extremely reform Jewish household, so there are probably many biblical references in these games that I am not aware of or don’t care to pay attention to. There’s also a book that specifically explores Christianity in this series. In short, from my experience, I have had more of a profound religious experience playing these games than I ever had in synagogue.

Anyway, let’s start from the beginning. 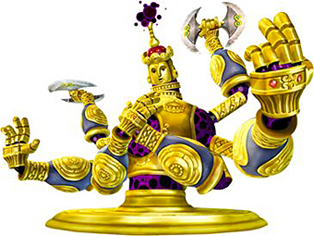 According to the de facto bible of the Hyrule Historia, Hyrule, as it plays out in the first game in the official timeline, Skyward Sword, “…was created by the three goddesses.” Din created the land; Nayru created wisdom; and Farore created the inhabitants. The three goddesses created the Triforce, then bestowed it to Hylia – whom we know nothing about, aside from her name and the fact that she died slightly after obtaining the Triforce. Curiously, she seems to be held in higher regard (at least in this game), then Nayru, Farore and Din.

Just in the origin alone, the religion in the universe of Hylia is aligning itself with a polytheistic goddess structure, not unlike the Roman goddesses. However, that line about Din creating the land makes me wonder if that particular goddess just falls into the “mother” archetype that Joseph Campbell described extremely thoroughly in The Power of Myth: “There have been systems of religion where the mother is the prime parent, the source…”

There are a couple of elements within the game that complicate that initial idea. One of the things about Skyward Sword that piques my curiosity is Demise, the “Demon King.” He is never explicitly referred to as a god – he does refer to himself as the Demon Lord – but he is the first of the demons, and he does not come back into the franchise considering his spirit is sealed in the master sword at the end of the game. When I think of a demon god, the closest correlation I can think of is Vishnu, the Hindi destroyer god. However, Visnhu is equally as much of a destroyer as he is a creator. Vishnu is also seen holding a lotus flower. According to Wikipedia, “It [the lotus] represents spiritual liberation, Divine perfection, purity and the unfolding of Spiritual consciousness within the individual.” 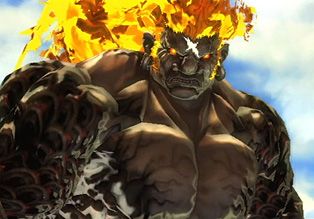 Come to think of it, there were more lotus flowers that appeared in the game as well.

In the gorgeously-rendered level of the Ancient Cistern, we see lotus flowers and what appears to be more Hindi architecture/scenery. But if this period of the history of Hyrule is referred to as the creation, how ancient can this cistern be? Is it a temple devoted to an earlier religion that isn’t mentioned?

This level is especially interesting when we again consider Vishnu. Vishnu is usually depicted as having four arms and being surrounded in water (or at least, water-filled clouds). The boss for this level, Koloktos, is a four-armed shrine that comes to life to destroy you.

Could this be even more of a blatant reference to Vishnu? In addition to the four arms, we also have what appears to be an inverted Gada – a type of mace used in warfare at the time, which is yet another thing Vishnu is generally depicted as holding.

Spirits of the sword, Ghirahim and Fi, add another level of confusion to this spiritual paradox of a game. In animism, there is a belief that all things (even inanimate objects, such as swords) are imbued with spirits. This is the first and only game that specifically refers to a spirit in the master sword. An animistic interpretation of this game becomes interesting, considering that without hesitation Link can talk to a myriad of creatures, from the seemingly Rastafarian Gorons to those really damn irritating Kikwis. And somehow, they all speak the common tongue.

One of the problems with an animistic interpretation is that animism itself sometimes gets spread too widely – most religions have an animistic quality to them, to a certain extent. So let’s specify it with something a little more focused. How about we take it back home for Shigeru Miyamoto (creator of The Legend of Zelda) and explore his roots and see what we can find? 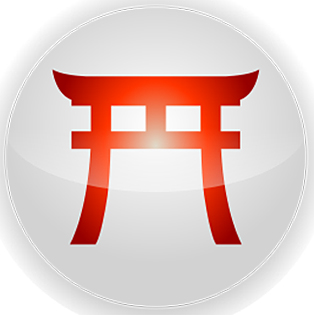 Shigeru Miyamoto was born in Sonobe, which is a town located in Kyoto, Japan. He grew up in a Shinto household. Shinto translates as “the way of the gods.” It specifically refers to the Chinese Tao (“the way”), but Shin can also be translated as Kami, which is defined in English as “spirits”, “essences” or “deities.” Just in that definition alone, there are a multitude of events in the game that have an overt Shintoist tone. Specifically, there’s all the essence chasing in the spirit realm in the game, as well as the deities referred to, which only gets more of a prominent display in other Zelda games.

Most of the time, Shintoism is categorized as a “way of life” as opposed to a religion, and I think that the Zelda games as a whole preach a “way of living” type of message – although I haven’t fully realized what that is as of yet.

As we see, the religion displayed in this one game can be very confusing, and we are still only dealing with the creation story of Hyrule. Games as well constructed as this one – and the rest of its franchise – are asking to be deconstructed and thought about – and fortunately that is exactly what I love doing.

@Settlingstatic is rarely on Twitter, but pays attention to it when he needs to.

My Princess is in Another Castle – The Legend of Zelda: Skyward Sword Reviewed

Rookie of the Year: A Damn Fine Piece Of Vinyl