Most games with a story that’s influenced by the player’s decisions tend to float around you being a benevolent hero or an absolutely insufferable hero. Very rarely are we handed the controls to a truly villainous character and those times we are can go way off the deep end like in 2015’s Hatred, a game previously banned from Steam but then allowed to release on the storefront. This year, Obsidian Entertainment provided gamers with a different type of experience. 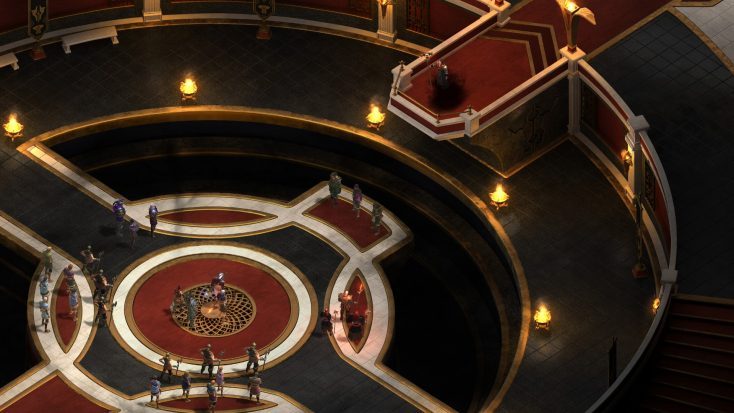 Obsidian’s Tyranny is a spiritual successor to their critically well received crowdfunded game Pillars of Eternity. Tyranny takes PoE’s isometric RPG formula and streamlines the experience into a narrative with a more balanced pace and combat with much better balance. Beyond the changes, another big draw of the title is the fact that you play as a fantasy villain. This is no rise to power of some evil empire that you usually witness in other games: that fight is long over and you work for the big bad that rules all, Tunon. You serve as a sort of judge for her in this world and, with such an approach, I wondered if this would be some cliche redemption story where you end up purging the evils as sort of a morally conflicted undercover baddie.

From open to close, there’s not even an inkling of an opportunity to step away from the cruel world you were instrumental in building. How instrumental? The game opens with you making a series of crucial choices during the main villain’s tyrannical campaign. Those choices are not forgotten by the people you rule over or by the allies that supported you through, an element that is most important to the overall plot of the base game. Elements like this coupled with very well written dialogue in the first act jumpstart the player into understanding their role as a villain. Essentially, I began to understand that I was in a position of authority when even my silence (a frequent dialogue option) would cause the most rugged of personalities to stumble over their words.

Up until a certain point in the game, I was a bit apprehensive about my role and was constantly seeking the redeeming olive branch in whatever quest or conversation I was involved in. I thought I’d be like this for the entirety of the game, but something clicked after I completed Act I. By way of quest options I won’t spoil, I was sent to Lethian’s Crossing to parlay with an infamous group of weapon forgers. I ran into a member of the Bronze Brotherhood passing into the village but assumed my status would get me across with a bit of conversation or stern silence. This particular guard was emboldened at first because he understood that his mercenary group didn’t answer to Tunon, but I actually started to get impatient. Though evil, a majority of my interactions up until this point were rooted in fairness and diplomacy, but this guy was checking my authority…

Who did he think he was?

The mercenary cowered when I eventually threatened his life, but his leader Raetomonnon then showed up. At this point, the leader was in place to explain to the player “there’s more to this quest,” but it was too late. I attacked. Raetomonnon retreated as I slayed his guard and then I entered Lethian’s Crossing. All of the villagers hid while all of the Bronze Brotherhood members in the city descended on me as I wandered around. I took them all on without an inkling of hesitation and, once they were all eliminated, I moved on to the forgers. It seemed the Brotherhood was strong-arming the villagers, which was a stroke of luck for me, but I can’t say that I made my decision with some honorable intention in mind — I was just angry they wouldn’t let me enter the village.