There is this guy, a big fellow, taller than me. There’s a smear of blonde on his head and a beard to match. Spectacles. When I see him, in the environs of the train station on my way to work, he wears over-the-ear headphones that pinch his lobes shiny red. He’s fat. Pear-shaped. Sausage-fingered. His clothes are cheap and ill-fitting – faded black chinos strain and no-name sneakers bulge. He wraps it all in a too-short black trench coat which is further constrained by a backpack that looks comically tiny compared to the rest of him.

He hunches, as tall men often do. And he trudges, weighed down by thoughts I cannot imagine.

Deep down, the only thing that separated us was a little bit of extra love, from somebody else or from deep down inside.

Today, he was wearing a shapeless hat that, at one time, was probably a fedora. From a distance, it looked fine, but closer up it looked velvety. Instead of a feather or the understated bow that adorns most hat bands, this one had a large, gold circlet. I think it might have been a woman’s hat.

We stood next to each other at the corner, waiting for the light to change. I could feel his discomfort and wondered what was causing it. Was it simply proximity to another person? Was it the fact that we were both wearing hats? Was I doing that thing where I smirk without realizing it – did he think I was laughing at him?

He walked ahead of me and vanished into the station. I didn’t notice him again until we were on the train. He was poured between two people, backpack still on, arms smooshed in front of him, miserably reading the latest issue of Game Informer.

Shit. Gabba Gabba Hey, this guy is one of us. 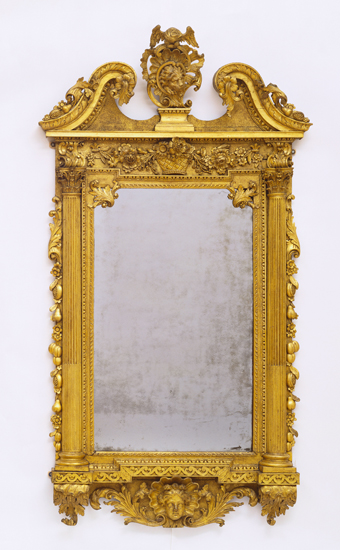 Actually, it is more than that. I look at this guy and despair because I could easily have been that guy. I wore a black trench coat for more years than was even remotely appropriate, through high school and college and beyond. I have veered in and out of being overweight (hey, you know what does wonders for a fat ass? A big old trench coat!). I have logged countless hours at the comic book shop, at the Dungeons & Dragons table and in front of the TV playing videogames. This poor bastard is a window into a parallel present, the multiverse cruelly reminding me what could have been.

Everyone has these almost-doppelgangers. They are living, breathing fun house mirrors we encounter in our daily life. They keep us honest and compassionate because, deep down, we know the only thing that separated us from them was a kind word one day, or a cool parent, or a good friend. A little bit of extra love, from somebody else or from deep down inside.

These mirrors make us ask those most insecure of questions, like “Is that how people see me?” or “Is that what I am like?”

The answer is yes.

This guy may love his backpack. He might be unapologetic about his shabby clothes. He may get joy from things that are incomprehensible to me. He very well might be happy. All my conclusions about him are mixture of conjecture and my own insecurities projected onto him.

I do know one thing for sure, though – there is someone out there, someone cooler and more assured at another train station. He is looking at me, at my off-the-rack blazer, my scuffed boots and the bags under my eyes. He is noting the ostentatious rings on my fingers and the lint on my collar, but he isn’t seeing me; he’s seeing himself and everything he’s afraid he might be.

To Love a City