Conrad Hall once said that “Cinematography is infinite in its possibilities… much more so than music or language.” Given that he was the cinematographer on Cold Hand Luke, American Beauty, and Road to Perdition, we’re tempted to take his word on that.

Cinematography is not something we typically associate with gaming. Once upon a time, in the age of 2D gaming, it was essentially a non-factor. As video games moved towards three dimensions, however, suddenly, players everywhere became conscious of the camera. Of course, that’s mostly due to the fact that early video game cameras got in the way of the action by failing to keep up.

1992’s Alone in the Dark presented an interesting solution to that problem. Rather than employ a single static camera, it experimented with dynamic fixed angles. Nearly every new area the player entered presented a new perspective. For the first time, developers were able to double as directors of photography. When Resident Evil utilized this same method, it ushered in a golden age of video game cinematography.

From an artistic standpoint, this method was a blessing upon gaming. Developers were now able to emulate films and turn every frame into a painting. To this day, some of the most stunning single shots in gaming come from these early survival horror games that utilized traditional filmmaking techniques. Concepts like angles were used in order to dictate the emotions and knowledge of the player. The only things they saw are exactly what the developers wanted them to see.

A few years into this new era, however, developers and fans began to realize that this style came at a cost. 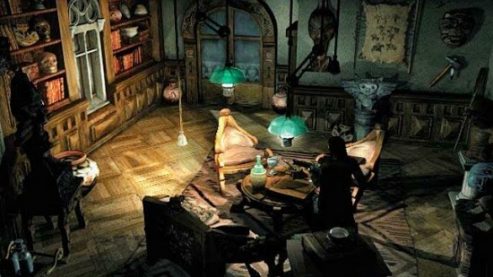 Because video games are, ideally, not entirely scripted experiences, controlling the viewpoint of the player meant limiting their gameplay abilities. Gamers stopped being impressed by camera shots emulating movies and became frustrated that these shots sometimes made it difficult to actually play the game.

The great thing about this problem is that developers are still trying to solve it to this day. Now that they knew the camerawork of films wouldn’t translate directly to gaming, horror game designers were forced to get creative. Resident Evil 4 suggested the answer was a semi-fixed “over the shoulder” perspective. Eternal Darkness attempted a combination of fixed and dynamic cameras. The latest trend involves the use of a first-person viewpoint that puts the player in control of the camera.

The fact that no one clear solution exists means that the horror genre serves as a playground for video game cinematography. While other genres have slowly solved the camera problems that plagued early 3D gaming through single techniques, horror games continue to explore new ways to present the action. They do this not just out of necessity, but because each technique has its own stylistic benefits and drawbacks. 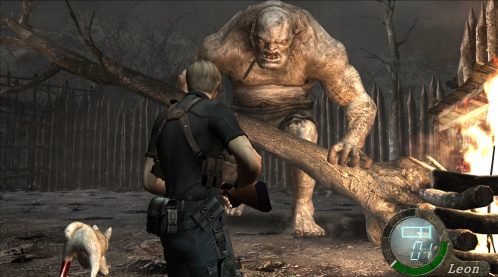 Cinematography is indeed a realm of infinite possibilities. Take a little time to pay respect to the one video game genre that continues to explore them all.

A Diary from PAX Australia, Part Three: Hand of Fate 2

Civilization VI Has the Best Opening. Ever.