This month, Team Unwinnable decided to tackle the slick mess that is hate.

Hate permeates everything these days, from our games to our politics. Even fandom, the idea of people gathering together to collectively love something or someone, is surging with hate.

Our contributors took a look into the essence of that hate. Below you’ll find excerpts from the Theme section of Unwinnable Monthly 82, Hate.

I Hate You, I’m Sorry, by Taylor Hidalgo

Beyond the sprawling void of ones and zeroes that populate the matchmaking servers, there are actual human beings sitting at the other side of keyboards and controllers, each with their own  voices, lives, histories, hopes, expectations, dreams and disappointments. No one 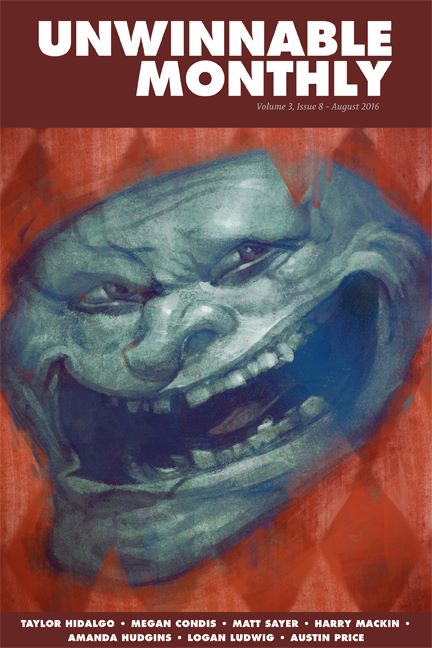 earns tragedy. Tragedy is something that happens, and despite what games have made indirectly expected, it isn’t necessarily anyone’s fault.

Hatred and the Truth of Performance, by Harry Mackin

Harry compares the performative nature of the hate displayed by the punks and the Nazis in Jeremy Saulnier’s Green Room.

Everyone is performing in Green Room. The difference between the punks and the Nazis is that the punks can admit it. Understanding this truth allows Pat and Amber to overcome their fear. The Nazis lack the maturity to follow suit, so their performance becomes hateful, and that hate leads to their violent end. In Green Room, hatred is failure — a failure to be honest with yourself, a failure to see the truth for what it is. Authenticity, ironically, is understanding the act; you’re only pretending to be scary. Hate is delusion, the last resort of the fake. In the end, the fake are always found out.

The Duality of Hate and Love, by Harry Mackin

From from Saulnier’s culture war, Harry sees the games developed by Team ICO as discourses on the permanence of love and the destructiveness of hate.

ICO tells the story of hate transforming into love and Shadow of the Colossus demonstrates how love can be manipulated into hate. The two games, each simultaneously a prequel and sequel to the other, depict the duality of man: hate and love as a cycle, one coming from the other, forever. However, the stories examined together suggest the forces of love and hate aren’t equal afterall: though love can create hate, hate cannot destroy love. Ironically, though humans and our hateful impulses are mortal, our love isn’t. Our struggles against death are doomed to fail, but the love we leave behind lives on.

Hate No More, by Logan Ludwig

Logan feels as though everyone in The Witcher hates him by default, and discusses how the game works with that hatred to influence your decisions as protagonist Geralt.

The greatest strength of The Witcher series is its ability to contextualize seemingly simple and direct emotions like hatred. The writers and designers understand that those driving emotions emerge from complex situations. Rather than condemn the result, or allow characters to exist as simplistic sketches to vilify or canonize, the games aim to figure out why people feel the way they do.

The Witcher 3’s first expansion, Hearts of Stone, focuses on a character who should inspire hatred, who seems deserving of all the misfortune he has encountered. Instead it deepens his characterization until he is near impossible to dislike entirely.

What’s Hate but a Second Hand Emotion?, by Austin Price

Austin finds that, below the surface, hate is driven not by anger and fear, but by a desire for change and constructiveness.

For in reality, the source of hate is not a desire to destroy or preserve but a desire to create. All hates begins with the recognition that the way of things is not the way things should be. And all hate seeks, ultimately, the same goal: reform of a universe that has gone, in the mind of the wrathful, off-track. The reason all these prescriptive quotes about love and the evils of hate have
done nothing to stem the tide of the latter is that they all make the mistake of reducing hate to something snarky and snotty, devoid of the true grand desires that characterize the emotion. “Acid wants the gleam, and the rust say it’s only corrosive,” proclaimed Karl Krause, the self-described Great Hater, and in doing so predicted how hate would eventually be reduced in public discourse from an emotion driven by constructive principles (that desire for the gleam) to something merely destructive.

Also below are lovely excepts from this month’s Variation, a section dedicated to off-theme stories and lengthy column:

A Tribute to Nameless Guy, by Bryan Mangan

Separate from Kratos’ bombastic journey of revenge and god-slaying, Bryan shares with us the journey of Kratos’ loyal follower: a nameless guy.

What stood out more than that though was what Kratos says to him. Before Nameless Guy runs off, never to be seen in the game again, Kratos calmly tells him this:

“You have served me well.”

That one line stuck out to me and, for the longest time, I couldn’t put my finger on why, but I’ve since figured it out. Kratos complimented someone. Throughout the whole franchise, his conversations (such as they’re called) usually have him scowling and/or conveying the 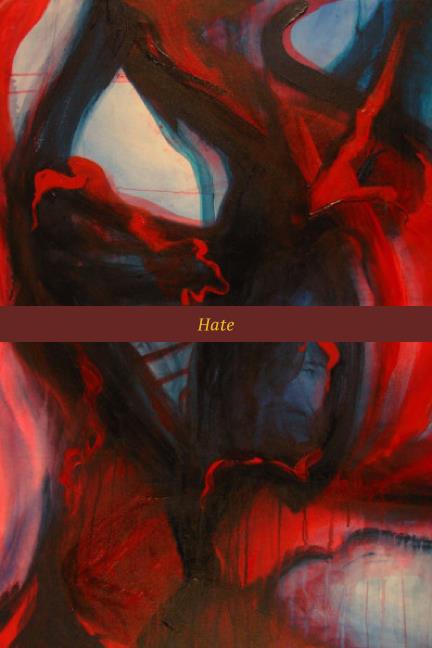 words “Fuck you!” very violently through his actions.

With that in mind, getting a thumbs-up from Kratos seems like an accomplishment and, as brief as it is, it shows a better side of his character. Kratos can be respectful if he is also respected. Sparta has always loved him,
and he loves them back.

That strong Irish sense of community and tradition does exist for the bizarre and esoteric and, upon over-turning the right stone, there are crypts and dungeons to be explored for most any interest. One of the more prevalent among them is the annual pilgrimage many patrons of the horrific make; the IFI Horrorthon. Now in its 15th year, the Horrorthon is a weekend long festival of the gory, profane and terrifying held in the Irish Film Institute. Toronto International Film Festival it certainly is not; the Horrorthon is a low-key affair that acts as an attempt at a one-stop shop for some of the year’s highlights in nasty cinema.

A wanderer encounters an ominous black shroud in the darkness of London’s Old Kent Road.

I knew that this was fanciful, the result of too much wine and too long waiting at the bus stop, but the notion grew stronger. I watched the little horror waddle across the pavement towards the trees separating a block of flats from the pavement, as if it sought to glide in the under brush and leap on the unsuspecting. I half hoped to see it disappear but, of course, the unseen whispering horror is worse.

The light glinting from its rustling hide, the thing, that was no more than imprisoned gusts wandered with an odd purposefulness towards the empty main road. I prayed silently that no stray pedestrian would round the corner and cross its path, fearing more than bad luck would befall them. Yet also fearing to see my fantasy squashed beneath some stout heel, and all the romance of the rain-sodden street with it.

You’ve been reading an excerpt from Unwinnable Monthly Issue 82.

A Pen In The Dark: The Case For Text Adventure Horror Games