If I had to articulate the one skill that gamers of all stripes have in common, I would say that it is their ability to intuitively understand and exploit systems. Unfortunately, this has not traditionally been a very effective skill set when it comes to romance, an aspect of life that defies systemization and regimentation in favor of spontaneity and the ever-elusive “spark” of attraction.

For example, according to Nicholas Ware,

Romance and sexuality are nearly the opposite of a menu-based system or flipping a switch. The same sequence of romantic actions does not lead to the same outcome, even with the same individual. However, in many videogames that deal with sex and romance, it does. Sex becomes a “reward” to players for their correct choices.

As such, the process of falling in love is not exactly portrayed with finesse by very many videogames. Dating sims (and games with romantic side quests like Harvest Moon, Dragon Age, Fire Emblem, or Star Wars: The Old Republic) posit that all one has to do to win a woman’s heart is to memorize the exact combination of compliments and gifts to fill her love meter up to the maximum rating. In fact, on a perfect run, you might win yourself the love of an entire harem!

Other games treat women like collectables, sometimes literally. In The Witcher, for example, sexual conquests are turned into trophies in the form of collectable cards featuring naughty portraits, and women’s bodies and affections are often the prizes awarded to videogame heroes at the end of a successful quest.

But what if love really could be gamified? What if the secret code to open any woman’s heart could be discovered, like some kind of sexual ultra combo? 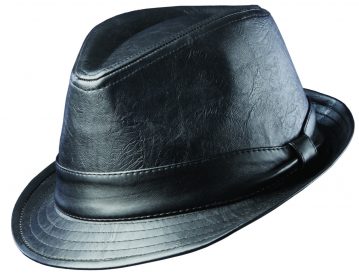 Enter the Pick Up Artist, the minmaxer of the dating world, who sell manuals and seminars to starry-eyed geeks hoping to, as Neil Strauss put it in his best-selling guidebook to the world of PUA, “crack the code that is woman.” They use a language familiar to gamers (unsurprising since one of their patron saints, VH1 reality star Mystery, was an avid Dungeons and Dragons player): they describe their jaunts into clubs and bars as “missions,” and try to improve their “score” by bagging and banging ever more beautiful women. They think of their attempted seductions as a process not unlike “learning a new videogame . . . If your man dies, just hit the reload button and play again.” They are into repetition and playing the percentages, like a cross between a guild trying to down a boss in World of Warcraft and a poker player more concerned with his monthly average take than any one particular hand.

This rhetoric transforms individual women into representatives of a Conspiracy of Women that must be defeated, by hook or by crook, and relieved of their “treasure”: access to sex. They are thought of as not unlike monsters in any MMO: interchangeable and with no agency of their own. They are not players within the game. They are the enemies and once players learn their pre-scripted attack and defense patterns, they can be farmed for experience. And Pick Up Artists like Strauss and Mystery claim to have the “technology” to hack the system, to “short-circuit… the female brain” or to “rewire her attraction circuitry” like some kind of erotic Konami code.

In addition to dehumanizing and objectifying women, the dating game being played by PUAs and their pupils makes it difficult, if not impossible, to conceive of things like consent and mutual pleasure. When sex is constructed as something that women have and don’t want to give up, then it makes sense that men are forced to manipulate and coerce them in order to take it. By this logic, at best, sex could be consensual if women secretly enjoy having their “no” ignored or overridden. At worst, consensual sex would be impossible as every encounter would entail someone “winning” and someone “losing.”

Finally, by transforming love into a grind, Pick Up Artists take all of the surprise, and thus, much of the joy, out of dating. Despite his success at hooking up with huge numbers of women, Strauss notes that he was beginning to see women “solely as measuring instruments to give me feedback on how I was progressing as a pickup artist. They were my crash-test dummies, identifiable only by hair colors and numbers — and blonde 7, a brunette 10. Even when I was having a deep conversation, learning about a woman’s dreams and point of view, in my mind I was just ticking off a box marked ‘rapport.’”

If dating is a game, then it is one rife with unintentional emergent dynamics and strange Easter Eggs hidden in unforeseen places. Reducing it to a simple set of low risk, low reward interactions is like trying to hit max level by staying in the newbie area and killing rabbits over and over. You might rack up a lot of pelts, but you are certainly not having nearly as much fun as those who venture out into the wider world. In other words, love doesn’t have to be a zero sum game.