Our columnists, the steely spine of Unwinnable Monthly, are back this month with politics, game mechanics and music galore. 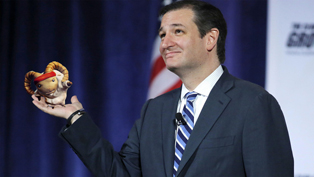 Rookie of the Year, by Matt Marrone
Matt Marrone finds out he has something in common with Ted Cruz. The horror!

I despise Ted Cruz. I would vote Donald Trump for president ten times over before I voted for Ted Cruz just once.

But you know what? I really like Ted Cruz’s taste in videogames.

Now, I didn’t intend to write that sentence. When the abhorrent Republican presidential hopeful was surreptitiously photographed playing a game on his iPhone while waiting for his plane to take off, Kotaku identified the game as Limbic’s Tower Madness 2. (Politico reported Cruz is also a big fan of Plants vs. Zombies 2, a fact that only makes Ted and I all the more iOS simpatico.) 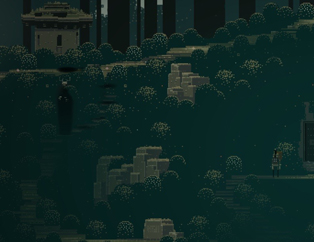 Backlog, by Gavin Craig
Gavin digs into Sword and Sworcery to find that its greatest accomplishment might just be the soundtrack by Jim Guthrie.

I think that a good part of the “fun” element in the soundtrack can be traced to the chiptune-inspired electronic elements – the “beep-ness” that the music uses as its starting point and the “home” to which it seems to want to return at the resolution of each of the “sessions” the game uses to segment itself. These low-bit and synthesized elements point both to classic, innocent PC and early console adventure games, as well as 80s sci-fi/fantasy cinema.

The music accompanying the moments of greatest tension or dread, on the other hand, tends to employ more naturalistic instrumentation, as in the droning, unresolved guitar and acoustic piano of “The Maelstrom,” and the lush, heavy orchestration of “The Whirling Infinite.” 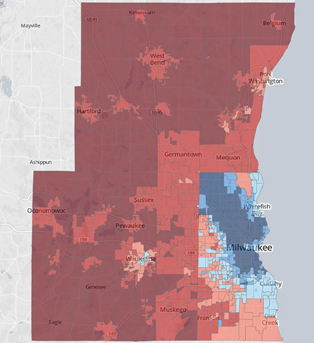 HUD, by Andrea Ayres
Andrea takes on the unenviable task of explaining polarization and why Donald Trump (or someone like him) was inevitable.

This moment in politics is not unique. If it wasn’t Donald Trump frothing audiences into anger-induced hysteria, it’d be someone else similar to him. The exit polls from Super Tuesday reflect an angry and dissatisfied electorate. This anger is driving voters to the polls in record numbers. What we see now is the culmination of decades of political polarization that has spilled over into every other area of our lives.

Political polarization did not begin with FOX News or MSNBC or even through curated search results. Partisan people have always sought out partisan news. This isn’t new. No, Americans who are less interested in politics stopped paying attention to politics long before cable news existed. When Americans stopped watching broadcast news in favor of other forms of entertainment, they also stopped their incidental exposure to political information and turned away from the electoral process. Some claim the result of this has been an uptick in polarization beginning in the 1970’s and accelerating ever since.

America’s polarization can be seen just everywhere. Go to any comments section, read some negative game reviews and inevitably the political and social cleavages will become painfully apparent. It’s not just that people are tending to disagree more, it’s gone far past that. We’re allowing ideological differences to weave themselves into our private and personal lives in never before seen ways. 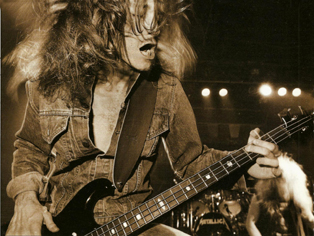 Battle Jacket, by Casey Lynch
Casey laments the loss of Metallica bassist Cliff Burton and chronicles all the metal releases of note this month.

From the haunting nylon string intro of “Battery” to the crushing coda of “Damage, Inc.”, Master was a watershed moment for four grubby heshers in t-shirts and jeans, and the legion of fans who followed them. The band defied the corporate rock establishment, muscling Master to gold and then platinum status (a first for them), with hard touring, word of mouth, and with almost no radio airplay and videos. And they did it with impressively radio unfriendly songs that were both articulate and brutal, with furious labyrinthine arrangements played at supersonic speeds with rich instrumental oxbows . Lyrically, Master traded the fantasy themes of more traditional metal for darker meditations on mental health, death, and drug addiction, and harsh rebukes of religion, the government and the military. This was metal up your ass in its final form.

And as fate would have it, Master was also the final statement from the classic line-up with the one-of-a-kind Cliff Burton on bass, who was killed in a tour bus accident later that year. Cliff was 24 years old at the time of his death. Talk about bad luck. 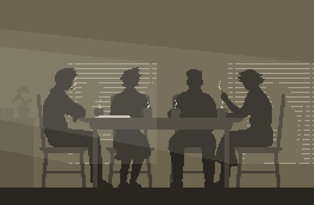 Here’s the Thing, by Rob Rich
Rob takes a job at The Westport Independent, a game as soul-crushing as Papers, Please.

Yet, it became more and more difficult for me to look at my virtual job objectively as the weeks progressed. I started avoiding giving anything vaguely anti-government to Anne because she has kids and I didn’t want anything (or anyone, really) to tear her family apart. I grew to loathe Phil and the way he’d just lap up whatever the Loyalists would say.

Simple day-to-day news coverage started to stress me out. I wanted to cover all the questionable things the Loyalists were doing, but I also wanted to avoid having the government shut us down (or worse). I wanted to be fair about what was covered, but a lot of it was pretty clearly inappropriate conduct by the police or politicians. Suddenly things like circulation numbers didn’t seem all that important anymore. 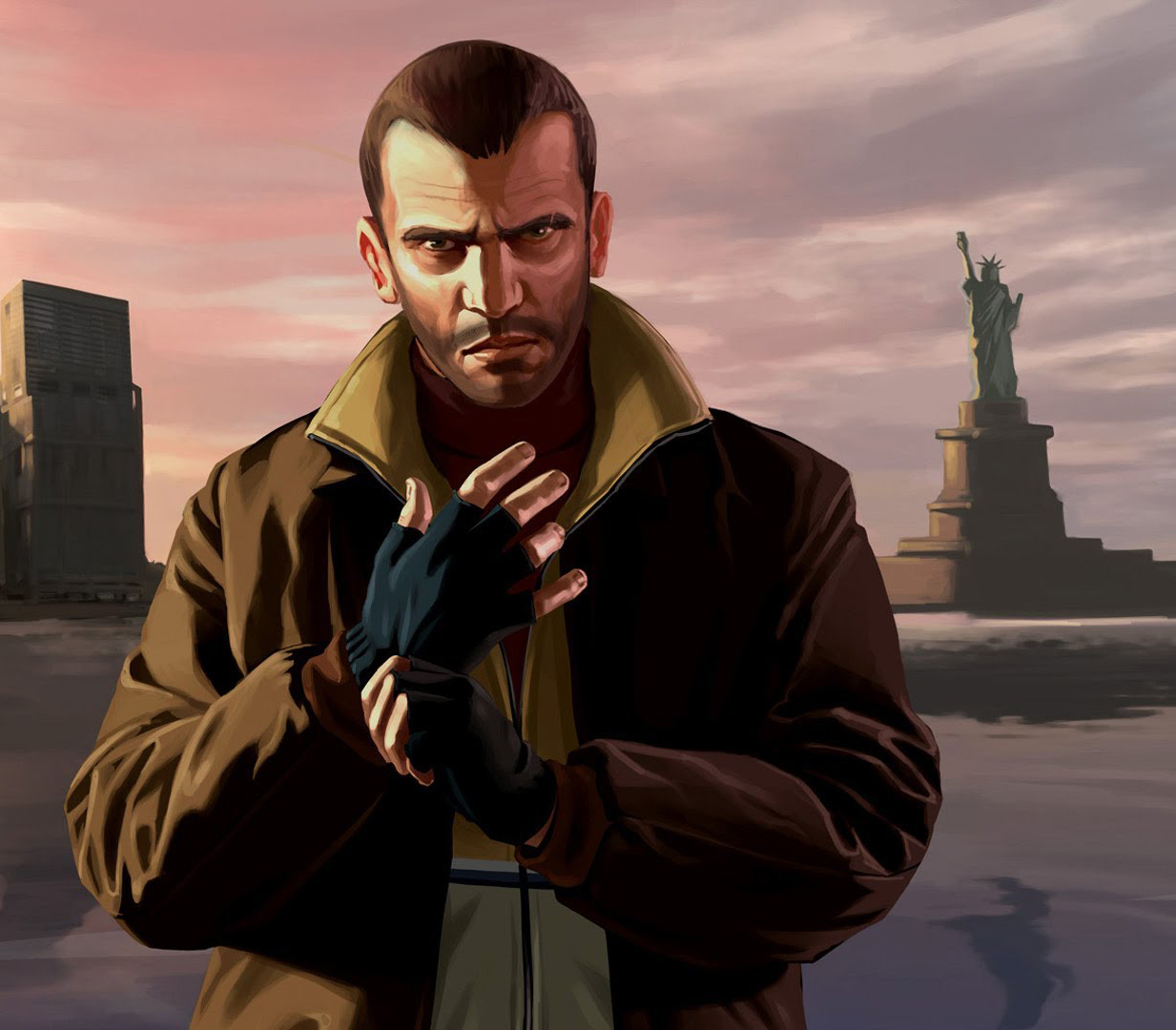 No Accounting for Taste, by Adam Boffa
Adam re-examines reactions to the most recent Grand Theft Auto games in an attempt to understand their place in the canon of videogames.

Whatever its successes or failures, Bissell’s book arrived at a particular cultural moment, one that granted it a level of visibility that might have been unavailable just a few years earlier. Extra Lives reached a crossover audience, pulling in readers who previously hadn’t read much games criticism and were surprised to see that anyone was critiquing the medium at a level other than the technological. At the center of the book was its most commonly excerpted essay, which drew parallels between Bissell’s cocaine addiction and his time with Grand Theft Auto IV.

It’d be unrealistic to claim that Bissell single-handedly changed games criticism, or that his work in personalizing an approach to games writing was totally singular (that approach had been in practice for years), but with that book, and his GTA IV essay in particular, he acquired an uncommon popularity for a writer covering games. So revisiting his perspective on the game now is interesting. Despite the essay’s ubiquity – it was reprinted in outlets like The Observer and The New York Times – his views are not really representative of the consensus that formed around the title in the years after its release. Bissell recognizes the game’s faults but admits to a sincere emotional connection with the game’s fiction that escaped many other players. 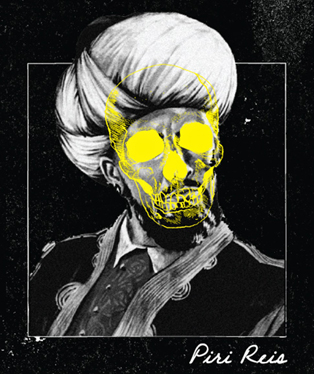 Throwing the First Brick, by Mitch Bowman
Mitch’s got all your DIY Hardcore needs for March

As spring swiftly approaches and life begins to return to the great outdoors, there’s never been a better time to reflect on the futility of your own existence. Fortunately, I’ve got the perfect soundtrack for you to do that to this month (and every month hereafter, too!) So get settled in and let’s get melancholic!

The first release I’d like to mention is something from a few weeks ago that I’ve really been enjoying. A band called Piri Reis, from Shah Alam, Malaysia, released a great four-song demo of heavy emoviolence-type stuff. It’s always really great to see new music coming out of places that haven’t traditionally had super strong DIY punk scenes, and Southeast Asia in particular has been stepping up in a big way recently – rûth and False Plaintiff are great examples of what else is going on over there these days. 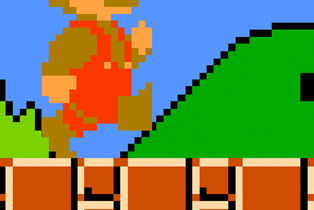 The Player’s Soul, by Richard Clark
Rich takes one of the most basic videogame mechanics – walking left to right – and ponders its deeper meaning.

What does it mean to walk from left to right?

However rudimentary the picture on screen, whether the avatar is human or animal, there is humanity attributed to any character given a goal and a way to attain that goal. In a side-scroller, the way to attain the goal is to walk from left to right.

To press not forward, but to press over. To see ourselves not as one typically does, but as we might see a stranger from afar. To observe the stranger’s movements as we control them. To speculate about their motivations, their goals and their desires, and then to internalize them for ourselves. What does it mean to care for them so dearly that their failures are ours? 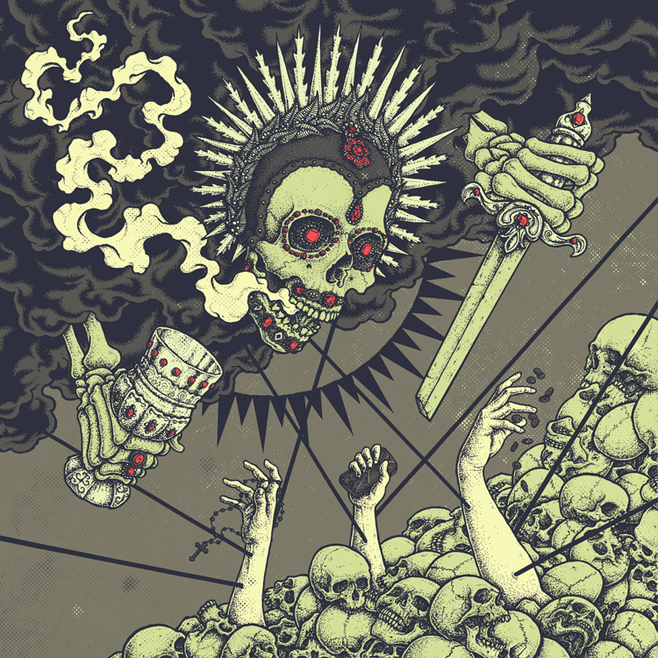