Editor’s note: This is a spoiler free article

The release of Star Wars: The Force Awakens brought with it a slew of tweets and Facebook posts begging for radio silence about the movie’s plot details. Even the trailers and promotional materials themselves were notable for the way they did more to convey the tone of the movie itself rather than show a highlight reel from the first two-thirds of the plot. (Unlike this truly terrible trailer for Allegiant.)

Oddly enough, these attempts to create a spoiler-free environment stand in stark contrast to the results of a scientific study about how spoilers affect our enjoyment of a story. This 2011 study from the University of California, San Diego (UCSD) sought to understand whether or not people like stories more or less if they know the details of the plot beforehand. The study provided participants with three different stories by authors such as “John Updike, Roald Dahl, Anton Chekhov, Agatha Christie, and Raymond Carver,” each containing various degrees of information about the story’s plot in a short paragraph at the beginning of the story’s main text.

The results indicated that participants “significantly preferred spoiled over unspoiled stories,” perhaps because, as the study’s authors explain, “It is possible that spoilers enhance enjoyment by actually increasing tension. Knowing the ending of Oedipus Rex may heighten the pleasurable tension 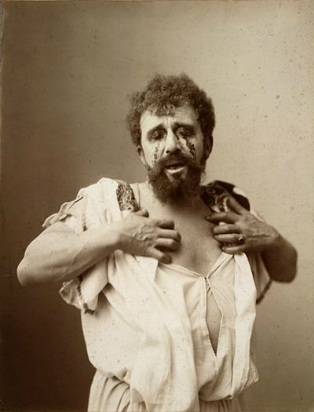 caused by the disparity in knowledge between the omniscient reader and the character marching to his doom. This notion is consistent with the assertion that stories can be reread with no diminution of suspense (Carroll, 1996).”

Nevertheless, numerous outlets published “spoiler-free” reviews of the movie, so as not to sully the experience for the franchise’s countless die-hard fans. There’s even a Chrome extension called Force Block that warns users any time they are about to view a webpage that could potentially contain plot details.

Despite these efforts to create spoiler-free environments, there were reports of some grade-A assholes who were using their player avatars in Star Wars: Battlefront to assault unsuspecting players with information about the movie’s story.

So what accounts for the rift between the results of UCSD’s study and the near-universal consensus that spoilers are a thing to be avoided? Are we sick of getting sick of movies before they even come out? Is it simply because we hold Star Wars in such high esteem that we seek to experience it in as pure and childlike a form as possible? Is it just good old-fashioned scientific ignorance?

Whatever the answer, we should keep searching, if for no other reason than to avoid the conclusion that maybe those Battlefront trolls were actually doing some good for the world.

What a terrible thought.

The Road to an Android Future goes through the Uncanny Valley