Hard West is an isometric turn-based strategy game, sort of like XCOM, but with gunslingers and eldritch horrors poking their tentacley heads in. Over the course of its eight story-based scenarios… some things probably happen. I don’t know. I didn’t play it.

Unlike my friends, I couldn’t sell a review of Hard West to save my life. I missed the magic window and floundered around my editorial connections, growing increasingly desperate. It wasn’t because I needed the money, which certainly wouldn’t have been anything to write home about. It’s because I knew that even though I’d Kickstarted Hard West and had eagerly awaited its full release, if I couldn’t sell a review of it, I was probably never going to find time to play it.

My friends who don’t work in games media often talk about the holidays as a chance to catch up. Time to binge on whatever offering we, the press, are hyping them on. For me, the more games become work, the harder it is to find time to spend on extracurricular enjoyment. My Steam library is full of games bought on the eager recommendations of others, games that slipped through the fingers of my available free time and which I now can’t justify going back to when there’s the allure of writing about the next new thing that might justify its purchase if I play my cards right. 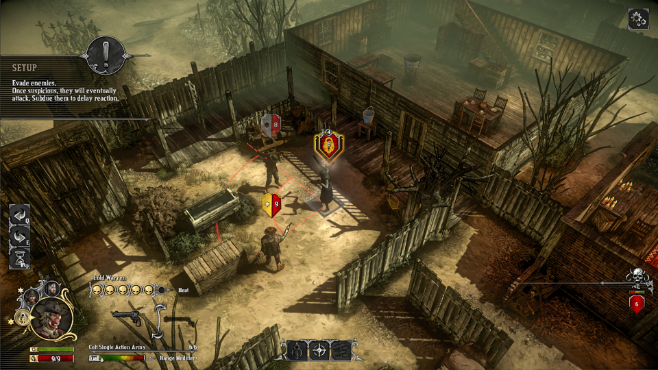 It’s part of the relentless pace of working in this field, sure, where the space in which we consider a particular game relevant is so small and crowded that it will be empty by the time you get there if you show up late. But I suspect people who don’t work in the press—or even in games—feel this too.

In the PBS Idea Channel episode “When Does Play Become Work?,” host Mike Rugnetta explores if we have a responsibility to consume culture and says, “The things we are supposed to be doing for fun increasingly resemble drudgery.” There’s an obligation to keep up that almost precludes the idea of fun. Fun itself has become work, and as so many new things to consume come down the pike, we have to pick and choose as much as we can, even if it means leaving a certain book unfinished, or cancelling Friday night plans to binge-watch the show everyone will be talking about on Monday.

We want to feel current, like we know what’s going on, but we also want to have fun. My friends’

holiday gaming marathons might be playing catch up, gulping down the new thing, or simply a way of participating in itself: they get to take part in the current trend of binging, regardless of what game it is. Or it might just be carving out a space to prioritize pleasure, to kick back and relax with a thing they’ve been wanting to do. Maybe office talk after the break will revolve around how everyone spent time off rather than what they spent that time off on.

For me, I’d like to say I’ll spend the holidays finally starting Shadowrun Hong Kong, or finally beating Downwell, or finally finishing Else Heart.break. But I probably won’t. I’ll probably start and stop a bunch of things, feel guilty, and try to think up pitches. I probably won’t even boot up Hard West, to be honest. But it’s probably a pretty good game. At least a 7 out of 10.