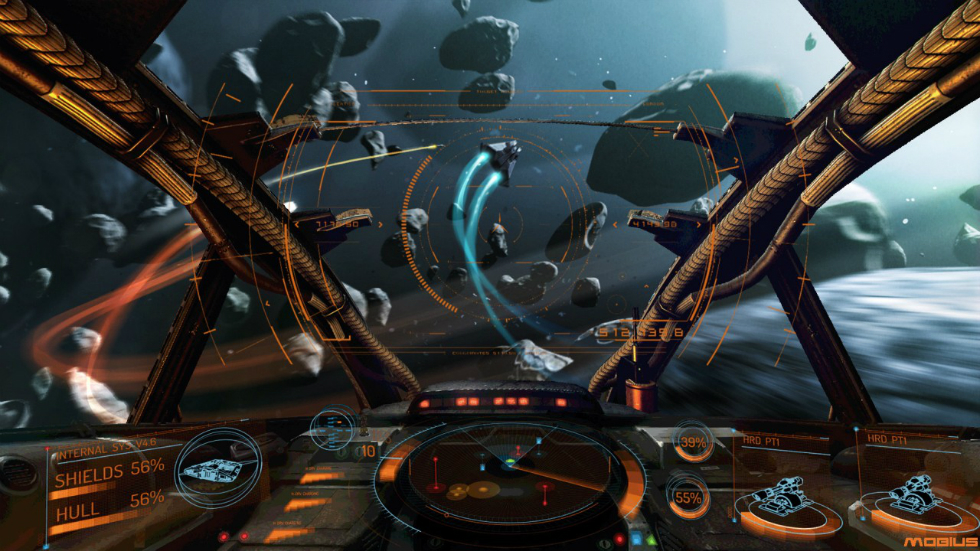 I bought Elite: Dangerous over the fall Steam sale because a negative review called it “Euro Truck Simulator in space.” I eagerly added it to my cart, failing to understand why this was an insult.

A lot of Elite is in fact Euro Trucks in space—the mundane cargo missions from place to place, the way you exist solely as a body that manages a steering wheel—but where ETS is at least grounded in a world I almost recognize, Elite is one huge mystery. There are commodities that make no sense to me, the rise and fall of inexplicable factions and markets, and reams of meaningless words, number, and statistics. The first time I had
enough credits to buy a better ship I pulled out of the station, deployed my hardpoints and then nearly asphyxiated when my life support shut down.

I spent twenty minutes back in the outfitting screen trying to understand why I’d bought a ship that couldn’t power itself and how I was supposed to mitigate the situation without precluding some other essential function like, say, the ability to travel. The game’s explanations explained nothing, giving me grades and weights and arrows that I couldn’t interpret. It felt like the terrible help features in most computer programs, written by coders rather than users, plying me with every single piece of information that couldn’t be less what I needed.

Several of my friends also bought the game on sale, and many of them have already bounced off it like a shoddy space rover landing. I’m not sure why I’ve stuck with it. Part of it might be the game’s age; YouTube and reddit assure me there are people who’ve already solved these problems. I’ve spent a lot of my working hours playing tutorials in the background, scribbling little reminders about scanners and fire groups, all the essentials the game’s tutorials never provide. It’s one of the benefits of coming late to a game: countless people have already figured out Elite’s mysteries, leaving it up to me only to be able to shuffle through its obtuseness enough to pinpoint exactly what my problems are.

However, I’ve largely avoided the tutorials that would actually help me make progress in the game, the guides to bounty hunting or how the hell to understand the commodities menu. I’m finding something deeply satisfying about repeatedly fucking up trading, hemorrhaging money as I shuttle unwanted goods from station to station.

I puzzle over the colored lines of trade routes, misinterpret them, waste a run and then boldly set out to mess it up again. I think the pleasure comes from the fact that Elite’s piles and piles of menus just assume I understand them. They trust me to know how to use them, even though they know they haven’t shown me how. They believe I called them up on purpose while flying, appearing as physical objects in my cockpit, presuming I have need of them and not that I just hit the wrong key while looking for my boost. They don’t welcome me, they expect me. 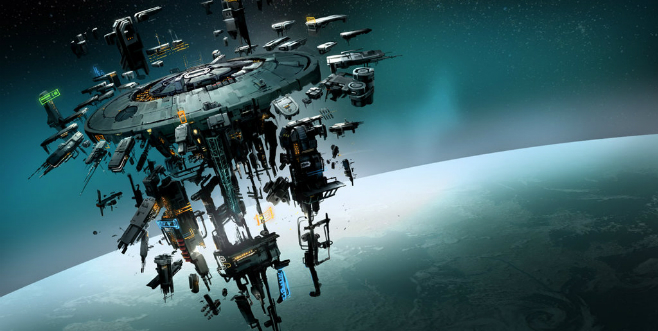 So I find myself wanting to live up to their expectations. Skillfully calling up the right menu through a series of carefully practiced keypresses is immensely satisfying, even if more often than not I get distracted and plunge nose-first into a nearby star. The first time I chatted with a friend over comms while skulking around an extraction point for a firefight felt like the most badass of space captain roleplay, even if I immediately got destroyed when I engaged an Anaconda in my dinky free Sidewinder.

Elite’s denseness feels pretentious at times, but it doesn’t feel mean. It feels like a world that thrums along without me, promising competency as the most I can hope for. It’s a roleplaying game that’s like going to the bank or calling my cable company, a kind of simulated adulthood, but one with mysterious rewards rather than the material punishments of real life. I haven’t been so proud of myself for using my keyboard since I first learned hotkeys on my Mac, and I look forward to seeing what Elite has to offer once I learn what to do with its information after I master how to call it up.

The Good Dinosaur and Bill Nye’s Admirable Exercise in Futility