Adam Jensen strides through a train terminal with his badass retractable sunglasses and gruff voice. He’s approached by a woman who doesn’t have any robotic augmentations that define Square Enix’s Deus Ex games. They greet each other and, after being searched by a police officer, she asks a pointed question about the police regime: “Are you saying we should give up? Let hatred and prejudice take over?”

She’s referring to the segregation of people with robotic augmentations in the Deus Ex universe yet, as she speaks about hatred and prejudice, it’s hard to overlook the undertones of race. This is a woman of color speaking about the discrimination cybernetic humans face, but in the broader context, she sounds like a woman speaking of a life-long struggle of discrimination outside a time of bionic arms and robotic sunglasses.

The demo shown at E3 2015 seemed to understand this, as an African American male walks by in the background while she finishes making her case. Using the cyber enhanced humans as an allegory for racial, gender or sexual discrimination is not a new concept; it’s something that science fiction has done for decades. What the demo of Mankind Divided, and it’s prequel Human Revolution, illustrate is that science fiction is nothing without hypocrisy.

Eidos Montreal, on the surface, seems like a great developer to be handling a story of segregation. Gilles Matouba, a black man, and Mary DeMerel, a woman, have been two leading figures on the development team. However, this isn’t the first time they’ve made serious mistakes.

Human Revolution’s Letitia might go down in infamy as the biggest African American stereotype this side of the 21st century and one of the most offensive. Her homelessness, rummaging through trashcans and her manner of speech are all questionable. Perhaps the biggest mistake was how the player interacts with her — to get the info you need, you have to get her drunk.

Any of those issues would be fine, even together (save for her “yessa masta” mannerisms). They could be overlooked as character development. The issue is that Letitia is the only African American woman in the game and one of only a handful of women of color.

The developers seemed aware of these issues, offered their apologies for the Letitia character and appear to be giving an African American woman a 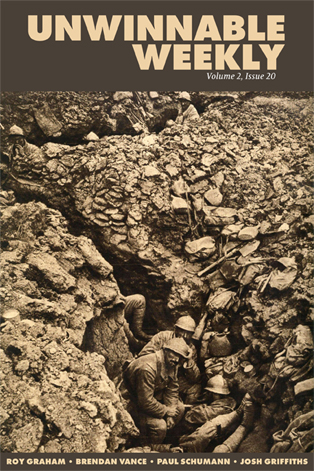 prominent role in the upcoming sequel. Acknowledgment of issues like these is a rare thing and the promise of change is even rarer.

The X-Men franchise is about people cast aside by society because they are different from the majority of the population. The creators of the comics, movies and more are attempting to address humanity’s real life diversity issues through their characters’ mutant powers. Ignoring the issue of equating minorities with the idea of mutation, one must look at the fact that the majority of the X-Men are white men.

In this way, many science fiction writers don’t seem to fully understand or support the medium in which they work. Authors using the genre as a means to portray discrimination often wind up indulging in the same road blocks they rail against.

Society has institutionalized the –ism’s to the point that even the most open-minded individuals can lapse into old ways of thinking.

You’ve been reading an excerpt from Unwinnable Monthly Issue 72.