We are on the cusp of virtual reality. In just a few months, the first commercial VR headsets will be in the homes of the general public. Already, though, two of the most prominent candidates have courted controversy. Price announcements for the Facebook-backed Oculus Rift and the Valve-supported HTC Vive have incensed many consumers for whom $600+  – not counting the additional cost of a PC powerful enough to support the headsets – is simply too much.

Expensive technology is nothing new, but with VR touted as the next big thing, it’s easy to see why many feel slighted by the steep cost of admission. Advocates of the technology defend the hefty price tag with comparisons to the advent of high-definition TVs, citing the initially exorbitant cost and the subsequent slide into affordability.

It’s an appealing analogy, but also a flawed one. HD succeeded SD, becoming the new standard and dooming SD to eventual obsolescence. VR, however, is not a replacement for traditional forms of media consumption – not any time soon, at least. Its isolating nature and real-world space requirements are barriers that may or may not ever be torn down.

What VR is then, is a supplement to traditional experiences, an alternative vehicle for entertainment that has its own set of pros and cons. Unlike television standards, there is no “better” option – there may be some day, but for now it’s apples and oranges.

A more accurate corollary for VR does exist, and it provides valuable perspective for both proponents and critics alike: it is the invention of surround sound.

Consumer-grade surround sound began in earnest back in the 90’s with the introduction of the Dolby 5.1 standard. Despite 20 years on the market, plain old stereo sound systems remain the most common means of aural delivery. Increased affordability and the superior immersion of 360-degree audio have failed to overcome the steeper setup requirements and the inconsistent in supported content and devices. 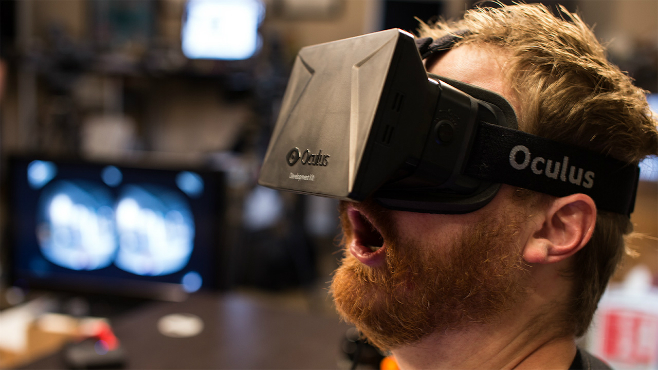 Nevertheless, surround sound continues to survive because it complements its binaural sibling instead of competing with it. Both technologies fulfill different desires and satisfy different audiences. They can coexist in harmony, giving consumers choice rather than a monopoly.

Home theater systems began as luxuries well beyond the reach of the average consumer, but the march of technology saw prices steadily drop, just as they will for VR. Surround sound, too, offered an experience difficult to convey with words alone, and it was only through exposure to the technology in cinemas and in the homes of movie-buff friends that people realized its value. The same thing will occur with VR; as demo stations and early adopters let people see for themselves what all the fuss is about.

Thinking of VR as a complement, rather than a threat, to current experiences helps quash misconceptions that fans and skeptics of the tech should be mortal enemies. Whether we yearn for the Holodeck or fear The Matrix, our freedom to choose the form of our fun is not going away.

Until the singularity confines us all to brains in glass jars, of course.

What Yarny Teaches Us About Social Media